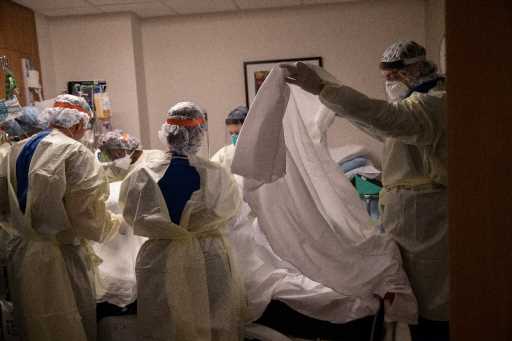 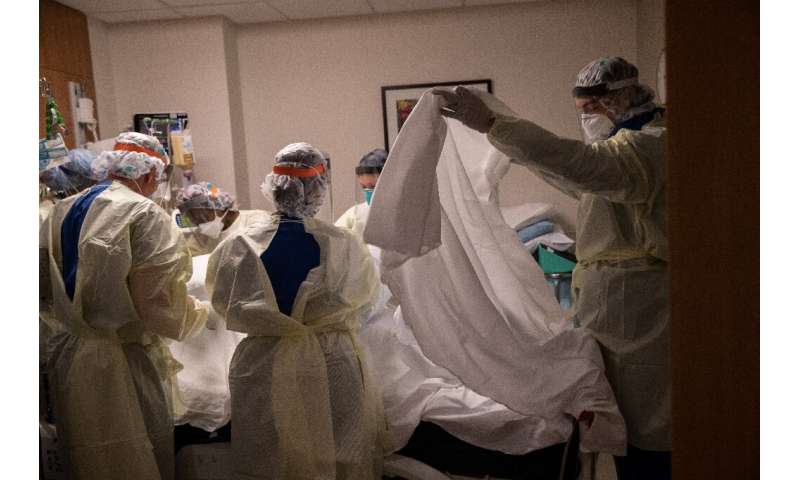 After he had spent nearly three weeks in an intensive care unit being treated for COVID-19, Broadway and TV actor Nick Cordero’s doctors were forced to amputate his right leg.

The 41-year-old’s blood flow had been impeded by a clot: yet another dangerous complication of the disease that has been bubbling up in frontline reports from China, Europe and the United States.

To be sure, so-called “thrombotic events” occur for a variety of reasons among intensive care patients, but the rates among COVID-19 patients are far higher than would be otherwise expected.

“I have had 40-year-olds in my ICU who have clots in their fingers that look like they’ll lose the finger, but there’s no other reason to lose the finger than the virus,” Shari Brosnahan, a critical care doctor at NYU Langone told AFP.

One of these patients is suffering from a lack of blood flow to both feet and both hands, and she predicts an amputation may be necessary, or the blood vessels may get so damaged that an extremity could drop off by itself.

Blood clots aren’t just dangerous for our limbs, but can make their way to the lungs, heart or brain, where they may cause lethal pulmonary embolisms, heart attacks, and strokes.

A recent paper from the Netherlands in the journal Thrombosis Research found that 31 percent of 184 patients suffered thrombotic complications, a figure that the researchers called “remarkably high”—even if extreme consequences like amputation are rare.

Why is it happening?

Behnood Bikdeli, a doctor at New York–Presbyterian Hospital, assembled an international consortium of experts to study the issue. Their findings were published in the Journal of The American College of Cardiology.

The experts found the risks were so great that COVID-19 patients “may need to receive blood thinners, preventively, prophylactically,” even before imaging tests are ordered, said Bikdeli.

What exactly is causing it? The reasons aren’t fully understood, but he offered several possible explanations.

People with severe forms of COVID-19 often have underlying medical conditions like heart or lung disease—which are themselves linked to higher rates of clotting.

Next, being in intensive care makes a person likelier to develop a clot because they are staying still for so long. That’s why for example people are encouraged to stretch and move around on long haul flights.

It’s also now clear the COVID-19 illness is associated with an abnormal immune reaction called “cytokine storm”—and some research has indicated this too is linked to higher rates of clotting. 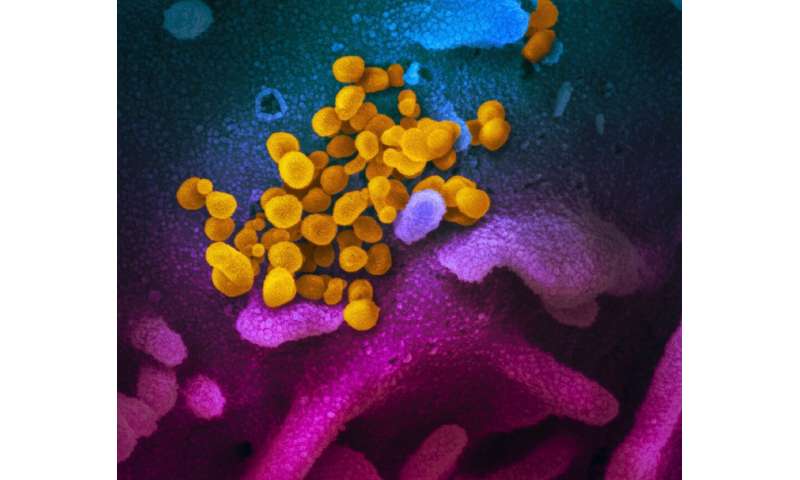 There could also be something about the virus itself that is causing coagulation, which has some precedent in other viral illnesses.

A paper in the journal The Lancet last week showed that the virus can infect the inner cell layer of organs and of blood vessels, called the endothelium. This, in theory, could interfere with the clotting process.

According to Brosnahan, while thinners like Heparin are effective in some patients, they don’t work for all patients because the clots are at times too small.

“There are too many microclots,” she said. “We’re not sure exactly where they are.”

Autopsies have in fact shown some people’s lungs filled with hundreds of microclots.

The arrival of a new mystery however helps solve a slightly older one.

Earlier in the pandemic doctors were treating these patients according to protocols developed for acute respiratory distress syndrome, sometimes known as “wet lung.”

But in some cases, “it’s not because the lungs are occupied with water”—rather, it’s that the microclotting is blocking circulation and blood is leaving the lungs with less oxygen than it should.

It has just been a little under five months since the virus emerged in Wuhan, China, and researchers are learning more about its impact every day.

“While we react surprised, we shouldn’t be as surprised as we were. Viruses tend to do weird things,” said Brosnahan.

While the dizzying array of complications may seem daunting, “it’s possible there’ll be one or a couple of unifying mechanisms that describe how this damage happens,” she said.