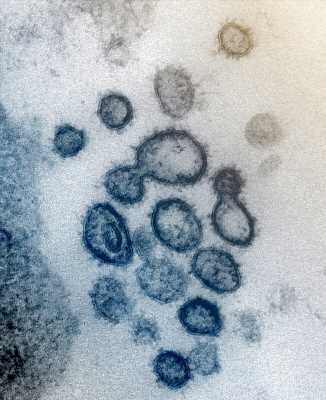 Contact tracing to rapidly isolate people who could be infected with coronavirus disease 2019 (COVID-19) reduced the length of time people were infectious in the community over 4 weeks (from 14 January to 12 February 2020) in Shenzhen, China, according to results from 391 cases and 1,286 of their close contacts, published in The Lancet Infectious Diseases journal.

In Shenzhen, authorities identified who to isolate based on their contact with confirmed cases, as well as isolating people who already had symptoms. The new study finds that contact tracing increased the speed at which new cases were confirmed by 2 days (an average of 5.5 days initially, reduced to 3.2 with contact tracing). It also reduced the amount of time it took to isolate infected people by 2 days (from an average of 4.6 days down to 2.7). There were only three deaths in the study group during the study period.

On January 8, 2020, authorities began to monitor travellers from Hubei province for symptoms such as a fever and cough, and after 2 weeks expanded to monitor people without symptoms as well as the wider community. Suspected cases and their close contacts provided nasal swabs, which were tested for coronavirus at 28 local hospital and 12 other centres. People with symptoms were isolated and treated in hospital before their test results were known, and those without symptoms were quarantined at dedicated facilities. Close contacts who tested negative were quarantined at home or in a dedicated facility and monitored for 14 days.

During the study period, the reproductive number among observed cases was 0.4, far below the threshold of 1 required for incidence to decline. However, since this was only among traced contacts the true reproductive number was likely higher, though the end of the local outbreak suggests it also was below 1.

“The experience of COVID-19 in the city of Shenzhen may demonstrate the huge scale of testing and contact tracing that’s needed to reduce the virus spreading,” says Dr. Ting Ma from the Harbin Institute of Technology at Shenzhen, China. “Some of the strict control measures enforced here, such as isolating people outside their homes, might be unlikely to be replicated elsewhere, but we urge governments to consider our findings in the global response to COVID-19. To achieve similar results, other countries might be able to combine near-universal testing and intensive contact tracing with social distancing and partial lockdowns. Although no lockdown measures were introduced in Shenzhen until the end of our study period, Wuhan’s lockdown could have significantly restricted the spread of coronavirus to Shenzhen.”

For the current study, the authors analysed data from 391 people diagnosed with COVID-19 after they showed symptoms, and 1,286 of their close contacts. The contacts were tested irrespective of whether they had symptoms in order to identify infected people who were asymptomatic. The data gave insights into the type of contact most likely to lead to transmission. Close contacts were defined as people who shared a household with infected patients up to 2 days before they started showing symptoms, or interacted with them socially by travelling or eating together.

For people who were isolated because they showed symptoms of COVID-19, it took an average of 4.6 days for them to be isolated following the first signs of infection. Contact tracing reduced this to an average of 2.7 days. For people diagnosed with COVID-19 after being contact traced and tested (87 people), a fifth (17 out of 87 people) had not yet developed any symptoms, and 30% (25 out of 87) did not have a fever.

The length of time for which a person remains infectious is not yet known, but reducing the amount of time that infected people interacted with others appears to have helped reduce the virus spreading.

The study also provided results on the likelihood of infection by age group, the severity of symptoms according to age group, the incubation period before symptoms began, and the recovery time or time to death. The results were consistent with those from previous studies.

The authors highlight several limitations to their study, including that it is impossible to trace every potential contact an individual has. Contact tracing therefore focuses on close contacts who are most likely to be infected. They note that some infected travellers to Shenzhen could have been missed if they were only tested due to symptoms such as a fever. Their contacts might also have been missed if they were asymptomatic, because the PCR test is not sensitive enough to pick up every case.