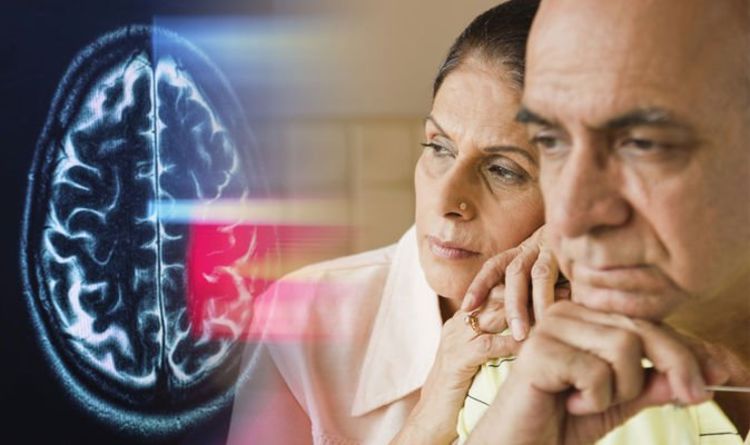 Dementia describes a set of progressive brain diseases that affects people uniquely. However, there are typical signs during sleep that somebody has the condition. What are they?

“Disturbances in sleeping patterns are common among people with dementia,” she began.

“For people with Lewy Body dementia this can include nightmares or night terrors and restless leg syndrome or uncontrolled limb movements.”

Behavioural changes to register when someone may be suffering from the condition may include “frequent waking, getting out of bed or increased disorientation or confusion”.

To minimise the possibility that sleep disturbances are because of environmental factors, there are a few considerations to take on board.

Firstly, is the bedroom quiet and dark? And, secondly, is the temperature comfortable?

The best room temperature for a restful night’s sleep is 15 to 19 degrees, according to the National Sleep Foundation. 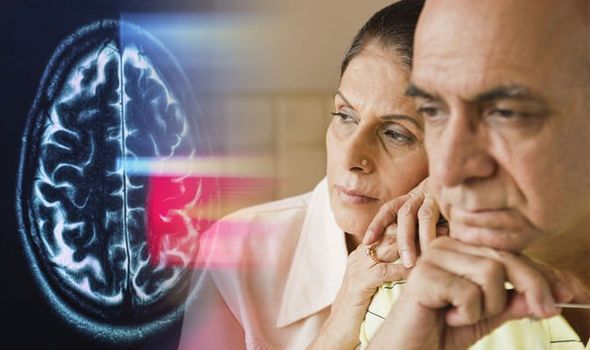 Nurse Rachel added: “Sleep disturbances may be a stage that the person with dementia goes through which will subside and settle over time.”

What are the other signs of dementia?

The commons signs of dementia include memory problems, decreased cognitive ability and troubles with communication.

The NHS expands on this list of symptoms to include the following:

People who have dementia with Lewy bodies tend to experience sleep disturbances.

Alzheimer’s Research UK add that sleep disturbances include “vivid dreams”, with those experiencing the “shouting out or moving while sleeping”.

The charity reports that dementia with Lewy bodies is the third most common type of dementia.

It’s caused by small clumps of protein building up inside nerve cells within the brain. 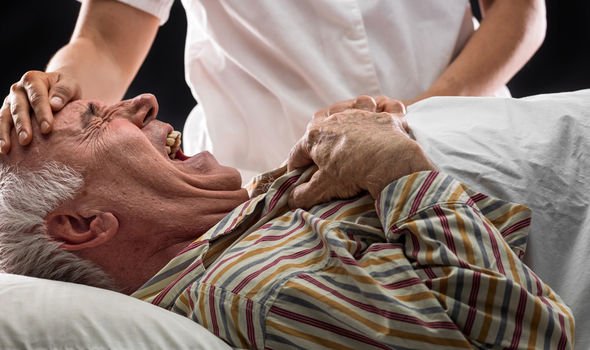 One of the proteins is called alpha-synuclein, which then clumps together to form “Lewy bodies”.

The area of the brain that control thinking, memory and movement is negatively affected by Lewy bodies.

Other troublesome symptoms of dementia which Lewy bodies include visual hallucinations. 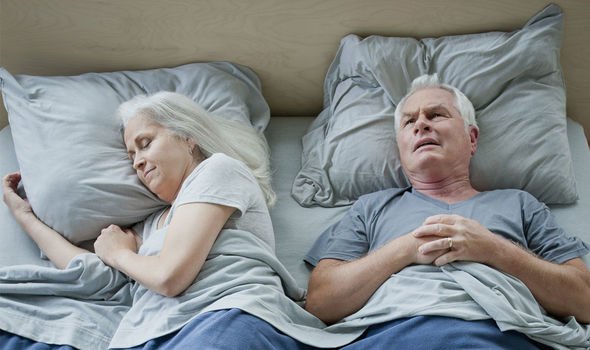 Any fears of dementia should be discussed with your GP – or arrange to go with a loved one if you are seeing the signs.

From there, the patient may be referred to a memory clinic to discuss symptoms, medical history and to perform memory and thinking tests.

People with dementia may be prescribed medication and therapies to help manage the condition.