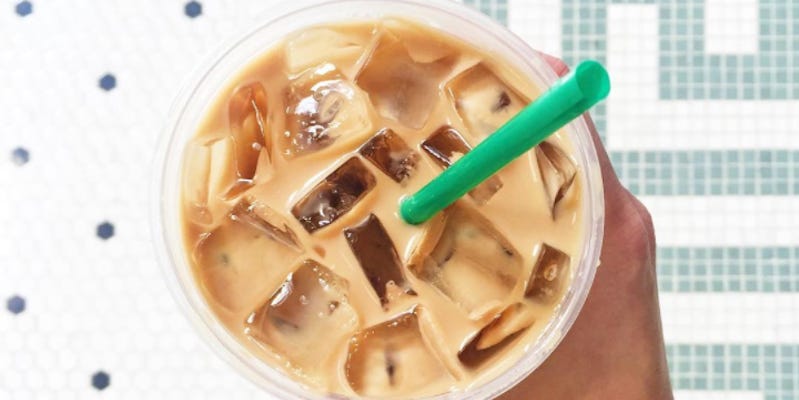 A year after California considered putting cancer warning labels on coffee, the International Agency for Research on Cancer has given java a glowing review in the newly-released World Cancer Report 2020.

Amidst the chapters about genetic and socioeconomic risk factors for cancer, the researchers of the report, released roughly every five years, noted that there is evidence suggesting coffee reduces the risk of certain cancers.

"Recent research suggests that coffee consumption may lower the risk of liver cancer and endometrial cancer," the authors wrote.

In one study cited by the IARC, researchers analyzed a group of over one million people, and concluded that people who drank three cups of coffee a day had a 27% lower risk of hepatocellular carcinoma, the most common type of primary liver cancer. It's not clear whether the two factors are related, but, they said, it's worthy of note.

In the 70s, researchers studied the link between coffee and cancer and concluded that drinking coffee may make people more at risk of bladder cancer and pancreatic cancer. In a significant endorsement of coffee, the IARC makes a point to say those studies have since been discredited since most of the coffee drinkers were also smoking tobacco, which also could have caused the cancer.

Coffee is full of biologically-active compounds like chlorogenic acid, kahweol, and N-methylpyridinium, all of which have been found to reduce inflammation, serve as potential anticancer mechanisms, and improve insulin sensitivity, according to the report. Cancer.org says coffee is full of antioxidants that could theoretically have a protective effect against cancer.

Health benefits of drinking coffee include lowered risk of death overall, according to the NIH's study of 400,000 people. It can also improve memory recall and lower your risk of heart disease. Some researchers even think it can lower rates of depression, according to one 2018 study.

In 1991 the IARC said coffee may cause cancer. Over two decades later, in 2016, an expert panel of 23 scientists from 10 countries downgraded the risk, telling the world they could not determine if drinking coffee causes bladder cancer, but could conclude that coffee is unlikely to cause breast cancer, prostate cancer, or pancreatic cancer.

"You know, nothing is 100% risk-free, but … I'm a cancer survivor myself, and happy to drink coffee," Sam Delson, a spokesman for the California Office of Environmental Health Hazard Assessment, previously told Insider.

The World Cancer Report, a collaboration between the world's most prominent scientists, is considered the authoritative source on all things cancer-related.

In 2018, fueled by concern over acrylamide, a chemical produced in tiny amounts in the roasting process, a judge ruled that a cancer warning must be placed on coffee.

A year later, after analyzing over 1,o00 studies, the Office of Environmental Health Hazard Assessment ruled that coffee is safe to drink, having found no evidence tying coffee to cancer.

This final decision came eight years after a number of coffee retailers including Starbucks, Nestle, and Amazon were accused of violating a state law requiring labels on toxic substances.

Before you consider cutting out coffee, Colleen Doyle, MS, RD, American Cancer Society managing director of nutrition and physical activity, says cutting out smoking, eating better, and being physically active are the best steps people can take to lower risk of cancer.

In a major reversal, California says coffee 'does not pose a significant cancer risk' and may even help protect against some cancers

There's a chemical in coffee that may cause cancer, but researchers have found a way to reduce your risk

The US cancer rate just had its biggest-ever 1-year drop, and it's because of improved cancer research