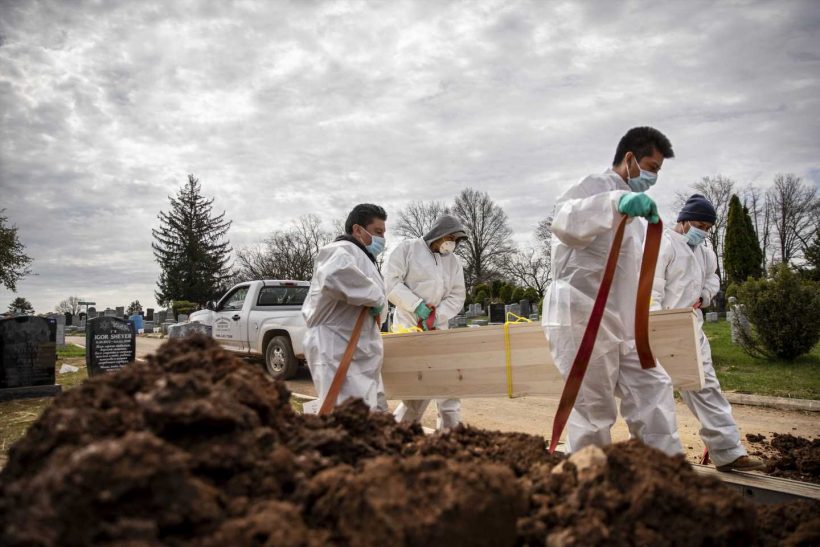 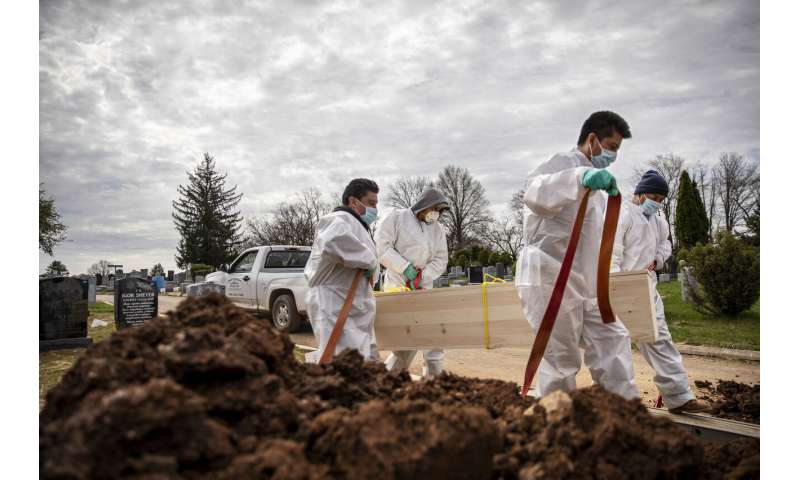 The streets are eerily quiet. Barely a soul walks by. But when Rabbi Shmuel Plafker arrives at the cemetery, it’s buzzing: Vans pulling in with bodies aboard, mounds of dirt piling up as graves are dug open, a line of white signs pressed into the ground marking plots that are newly occupied.

Some of the few signs of life in this anguished city are coming from those tending to the dead.

As the world retreats and the pandemic’s confirmed death toll in New York City alone charges past 10,000, funeral directors, cemetery workers and others who oversee a body’s final chapter are sprinting to keep up.

Plafker, the chaplain at Mount Richmond Cemetery on Staten Island, grips in hands covered by rubber gloves the long list of burials he must preside over this day. In the notes section beside each person’s name, the reason for their demise: “COVID.” “COVID.” “COVID.”

“There’s a tremendous sadness,” he says. “Were it not for this, they would be living, some healthy, some not so healthy. But they would be alive.”

Mount Richmond is run by the Hebrew Free Burial Association, which buries Jews who die with little or nothing. A century ago, it buried garment workers killed in the Triangle Shirtwaist fire and those who fell to the Spanish flu. More recently, it was Holocaust survivors who fled Europe.

And now, those dying of the coronavirus. 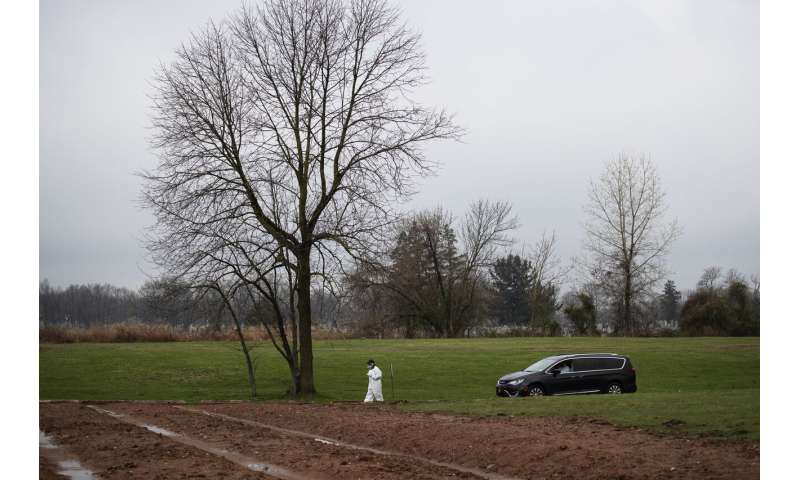 A stream of people trusted with preparing Mount Richmond’s dead for burial continues to arrive at the cemetery, carefully washing the bodies as Jewish law dictates, then placing them in a white shroud. The Torah calls for burial as soon as possible. These days, it’s more of a challenge than ever.

Companies that transport the dead to their final resting places are backed up, part of a chain reaction of hold-ups that includes overbooked funeral homes and cemeteries that are turning families away.

Hebrew Free Burial stocked up on caskets before the coronavirus unleashed its worst, just as they did with protective gear for workers, garments for the dead and other supplies. They think they have enough. Then again, they thought the mortuary cooler they ordered a month ago to fit an extra four bodies would be enough extra space. Now they have a refrigerated trailer big enough to hold 20. 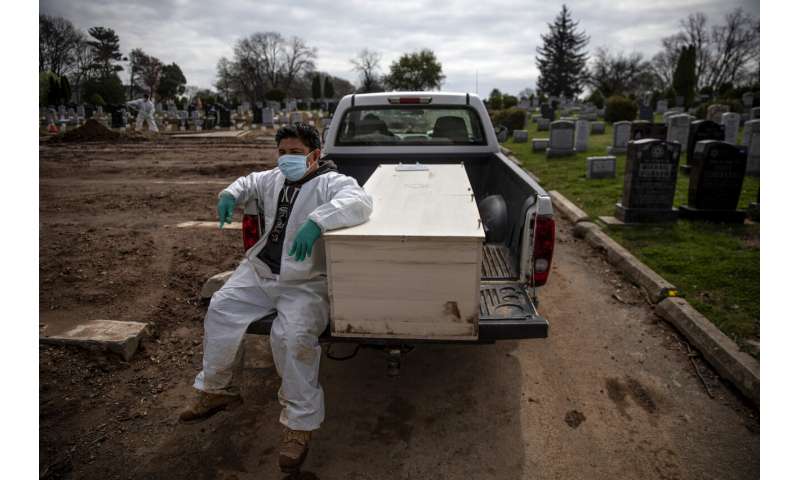 Amy Koplow, who runs Hebrew Free Burial, worries about staff maintaining such furious pace and raising enough money to cover the costs being run up. But they’ve vowed to plod on.

They were used to burying one person on an average day. A “crazy day,” Koplow says, would be five.

The other day, they put 11 people in the ground.

Staffers find themselves exchanging texts about death certificates at 2 a.m. and fielding dozens of calls at a time. It takes its toll on everyone.

Plafker looks at the trees in bloom and the grass sprouting and finds spring’s signs of rebirth so paradoxical given the death that surrounds him. He thinks of the centuries-old words he recites on the High Holy Days, that seem to carry so much more weight now. 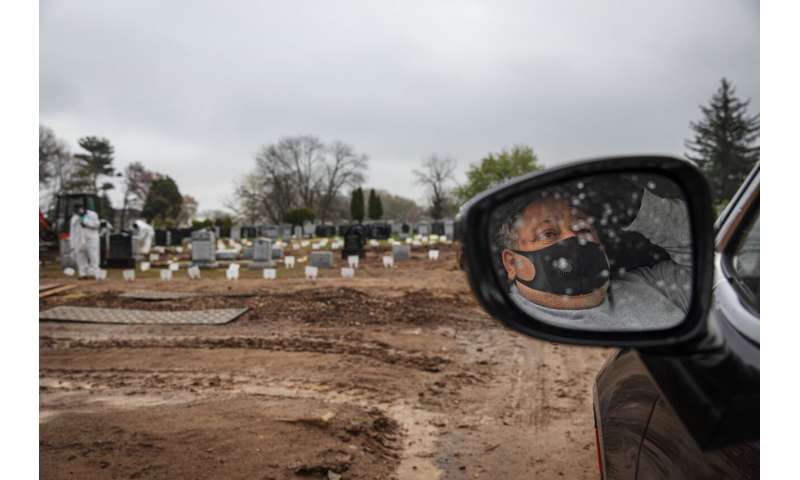 Now, it seems, a plague is upon him.

Between travel restrictions and potentially exposed family members kept in isolation, many funerals now have no mourners on site. When they do, they are prohibited from gathering at the graveside, instead listening to rushed services by phone from cars parked 50 feet away.

Michael Tokar comes along this day to bid his father farewell, waiting in his car for directions when Donofrio arrives with news.

“We have a problem,” an apologetic Donofrio says. “The body ain’t here. We’re going to have to do the funeral tomorrow.”

There was a snag in getting the hospital to release the remains. So the son dutifully returns a day later.

Tokar’s father had a cough and fever and a home health aide got him to the hospital. Two days later, he was dead, with the coronavirus listed as the cause. 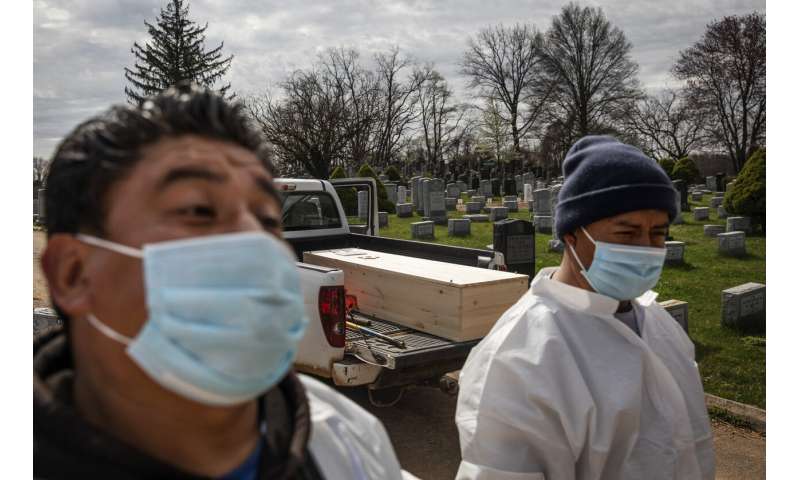 As Tokar sits in his car, his phone rings. Plafker is on the line. The service is beginning and the rabbi delivers a play-by-play of the ritual.

“I’m going to help the men lower the body,” he tells him.

The crew is dressed in white protective suits, masks and gloves, looking more fit for a moon landing than a funeral. They use orange straps to place David Tokar in his grave.

“We’re going to cover him now,” Plafker says, before asking the son if he wanted to talk about his dad.

“He was born 92 years ago,” he began, reciting a collection of facts that form a portrait.

He collected stamps. He loved the racetrack. He adored his grandchildren.

The rabbi reads a Psalm and tells Tokar his father will live on in the hearts of those who loved him and that he hopes this “terrible plague” will finally pass. In 10 minutes, it is over. 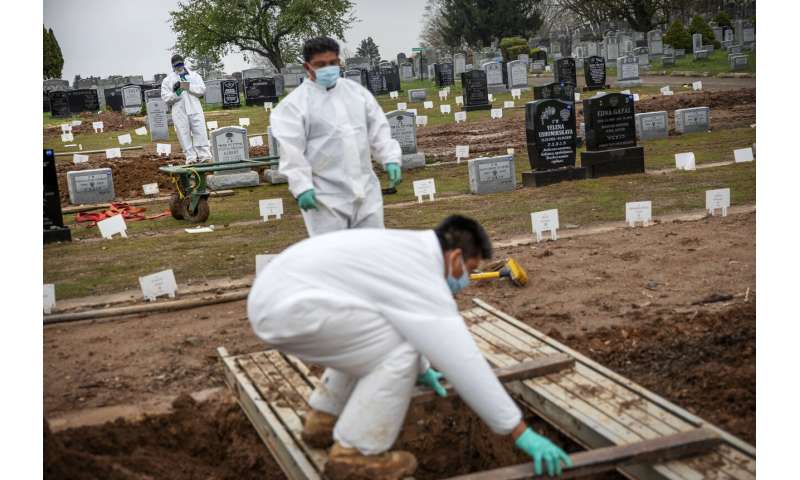 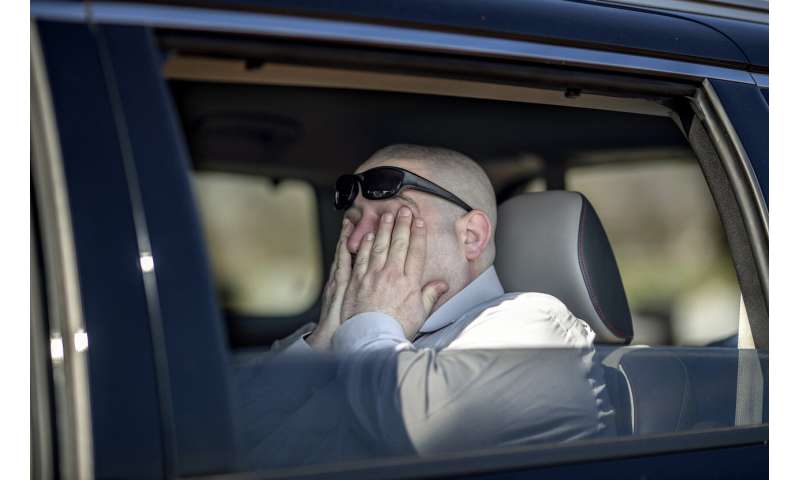 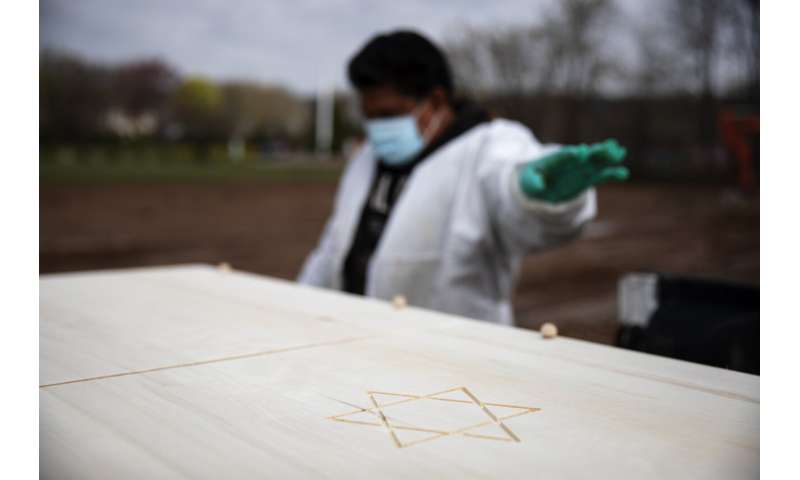 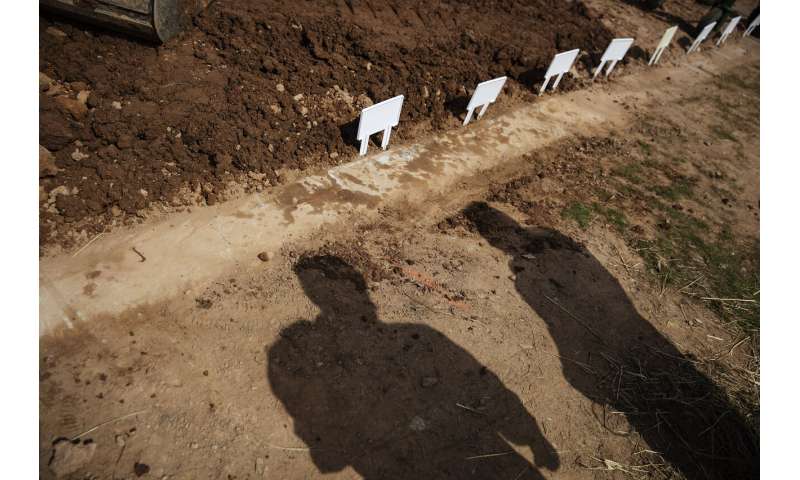 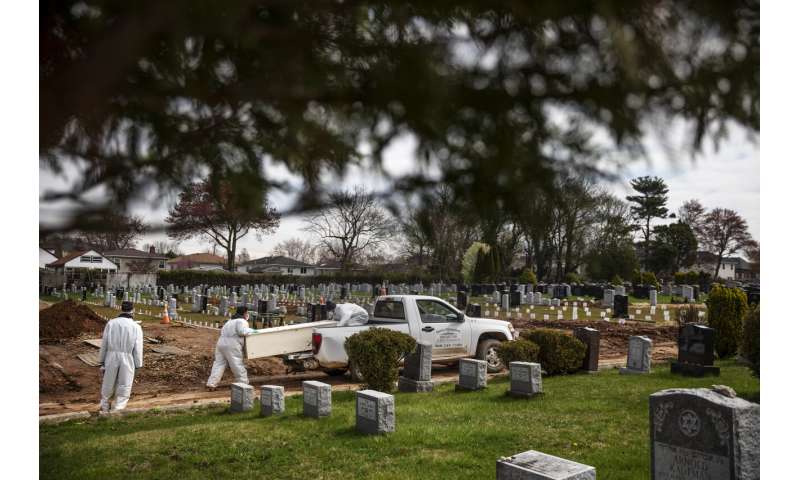 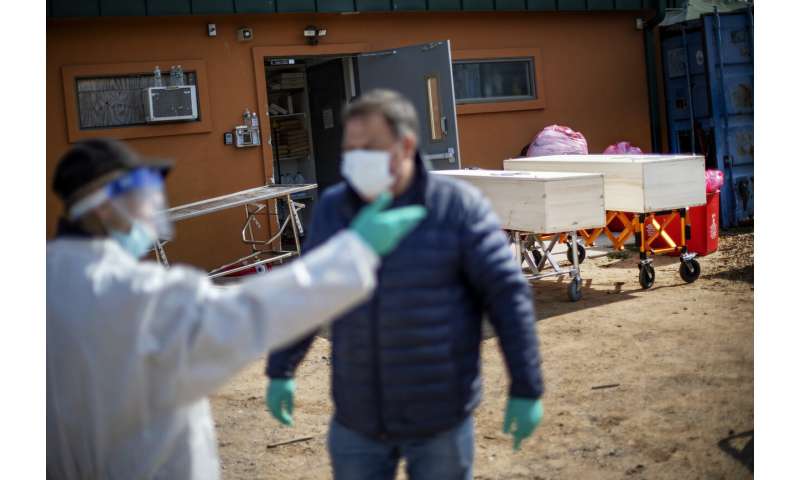 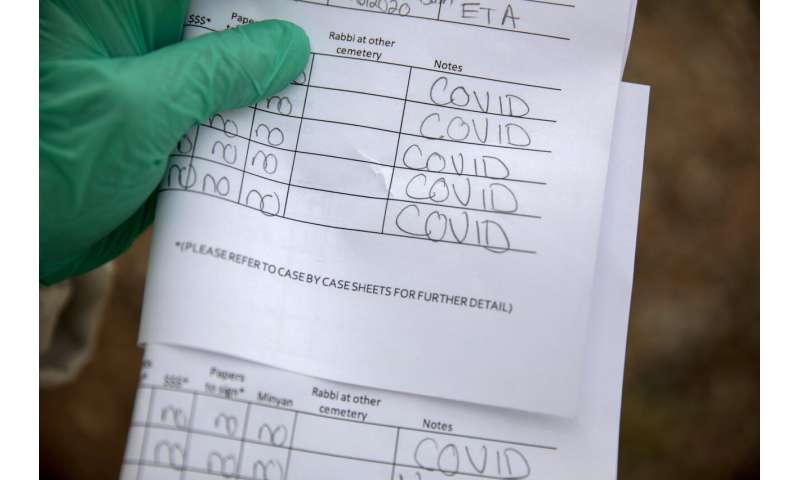 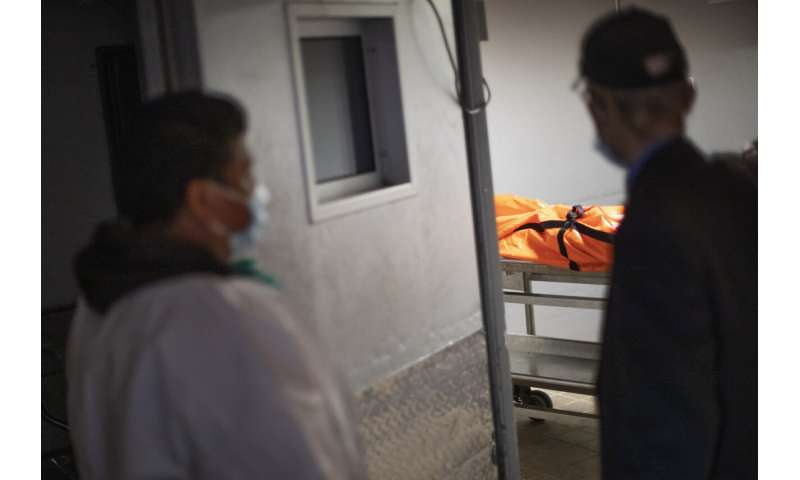 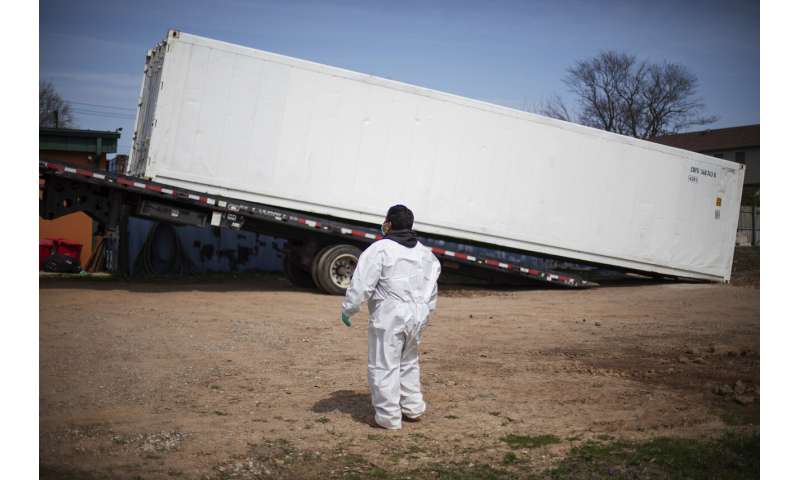 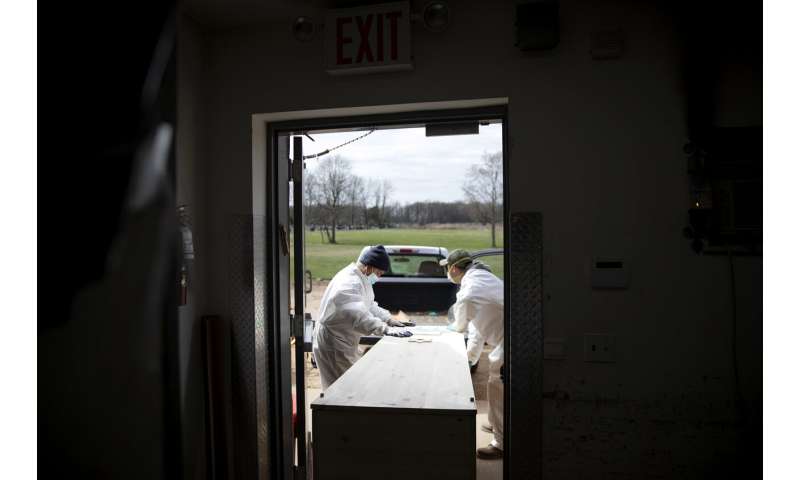 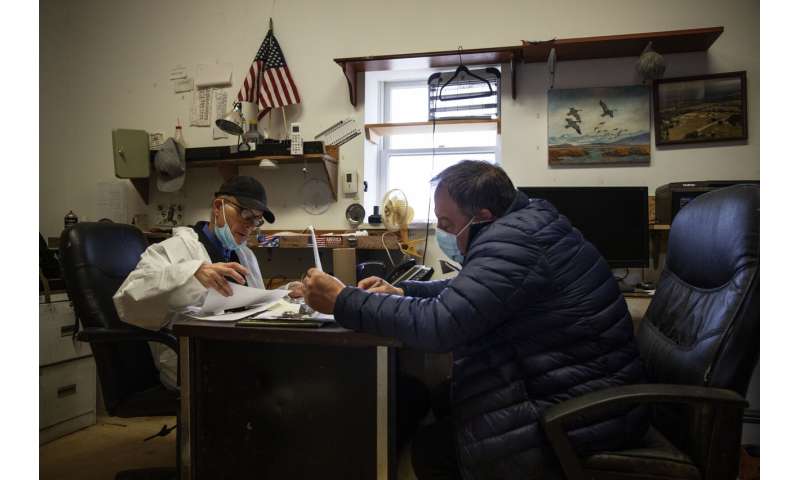 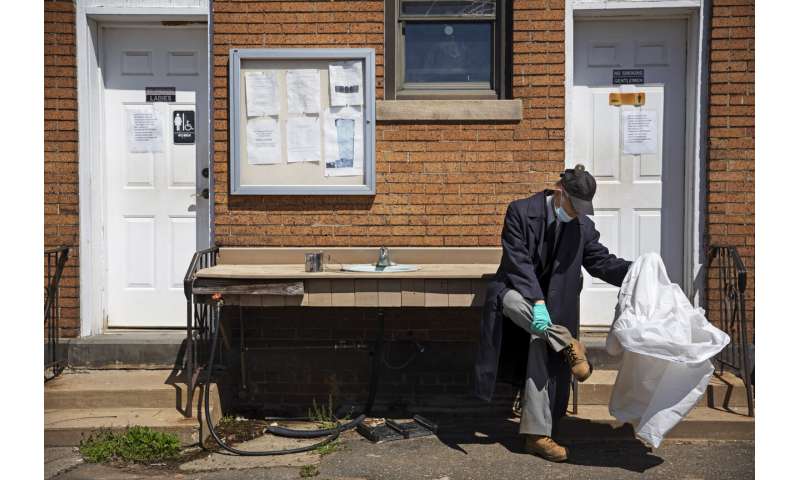 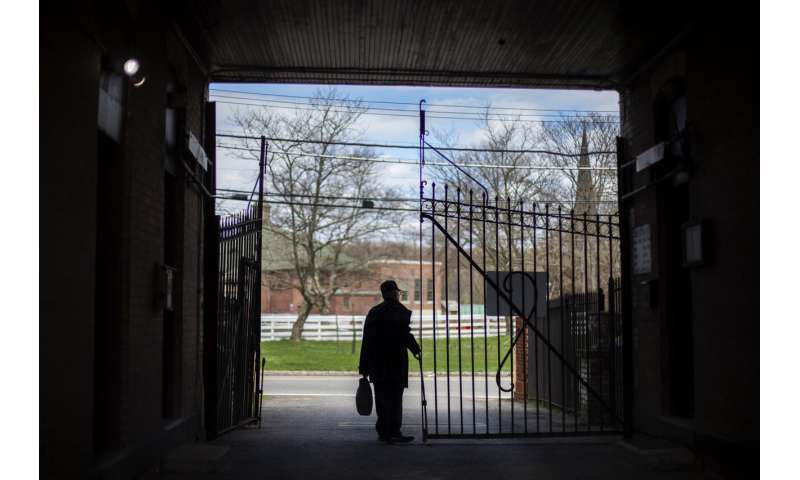 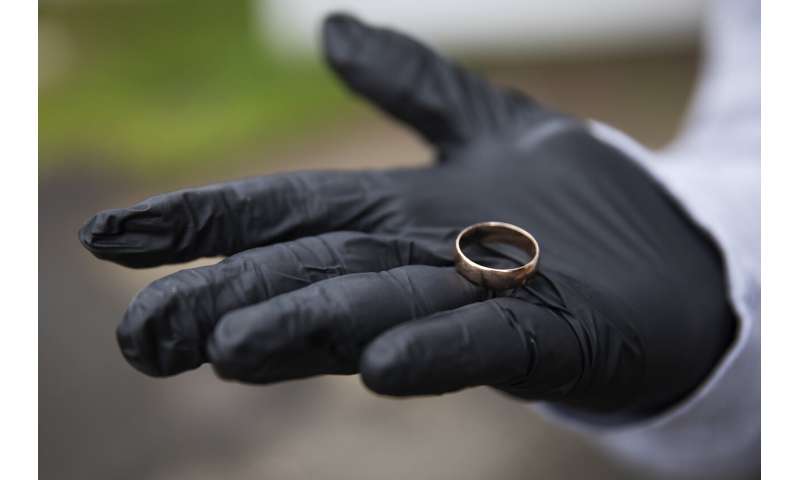 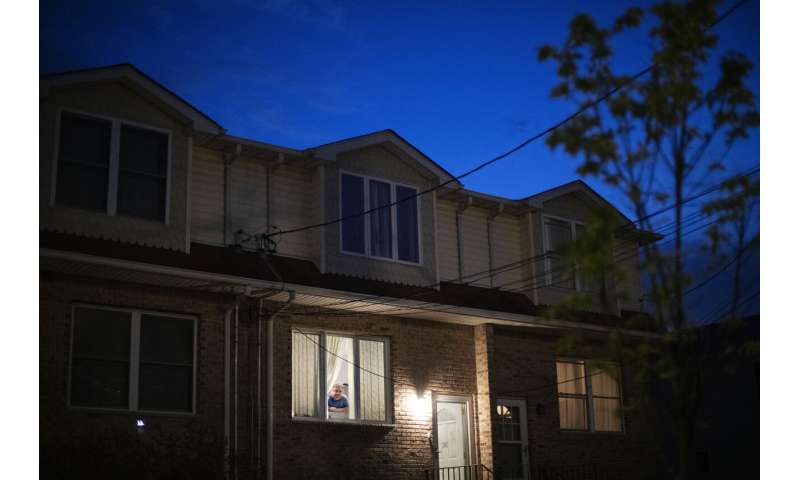 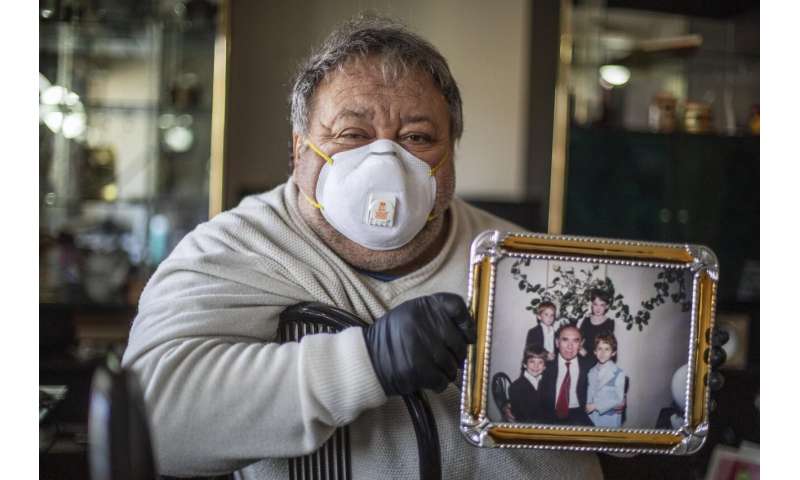 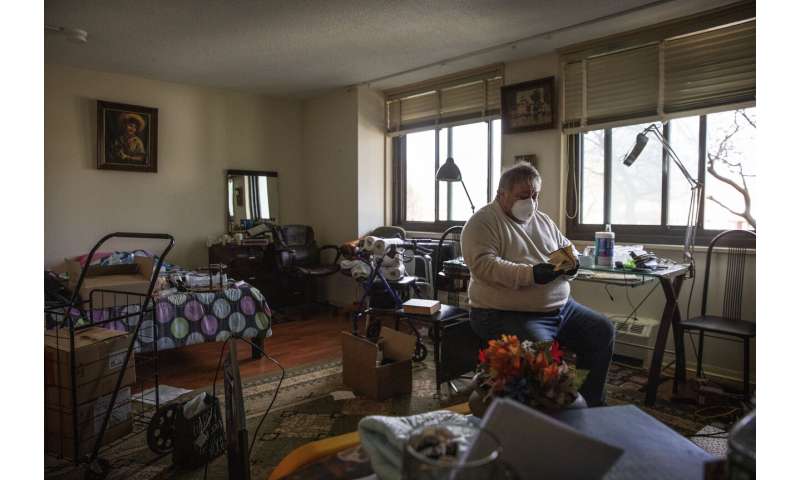 A few rows away, Thomas Cortez readies another grave. Two of his friends have fallen ill and he and his colleagues worry they will too. It is sad work, he admits, but it must continue.