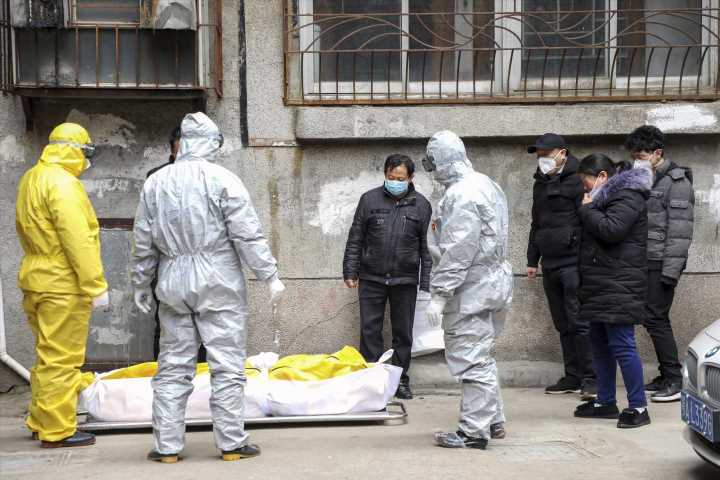 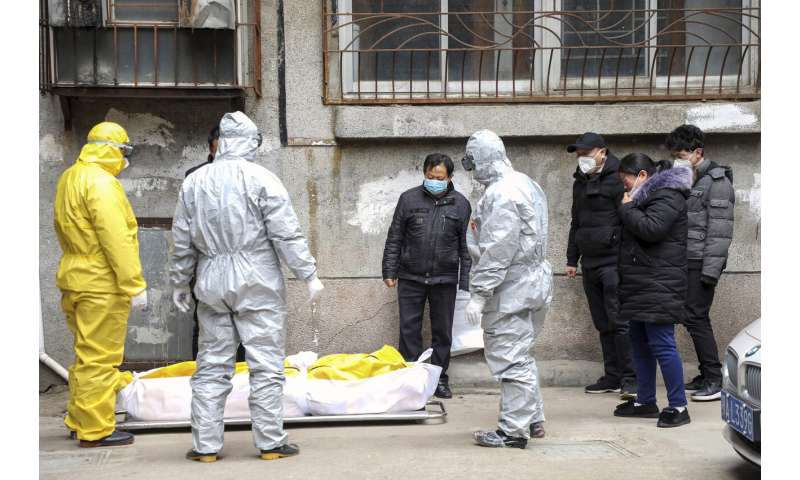 China acknowledged Friday that the coronavirus death toll for epicenter of Wuhan was 50% higher than previously reported —a major revision that highlights just how seriously current numbers on infections and deaths around the globe may be understating the true toll of the pandemic.

Incomplete or unreliable figures about the pandemic take on an oversized influence during times of crisis, as medical staff struggle to figure out how to cope with surges of sick people and governments have to make crucial decisions about when and how they can begin easing lockdown restrictions to resuscitate their ailing economies.

As virus deaths mounted—with the United States reporting the nation’s highest daily death toll yet at nearly 4,600—the economic devastation from the lockdowns designed to curb the spread of the coronavirus is becoming even more shocking.

Unemployment in the United States rose by 5.2 million, bringing the four-week total to a staggering 22 million. China’s economy shrank 6.8% in the quarter ending in March from the same period a year ago, its worst contraction since before market-style economic reforms began in 1979. And in Europe, car sales tanked 55% last month amid the lockdowns, a drop twice as step as even took place during the 2008-09 global financial crisis.

Authorities and experts say both infections and virus deaths have been under-reported almost everywhere. Thousands of people have died with COVID-19 symptoms—many in nursing homes, which have been ravaged by a disease that hits the elderly the hardest—without ever being tested. Four months into the outbreak, nations are still struggling to lift their testing capacities—and many are still far from their announced goals. 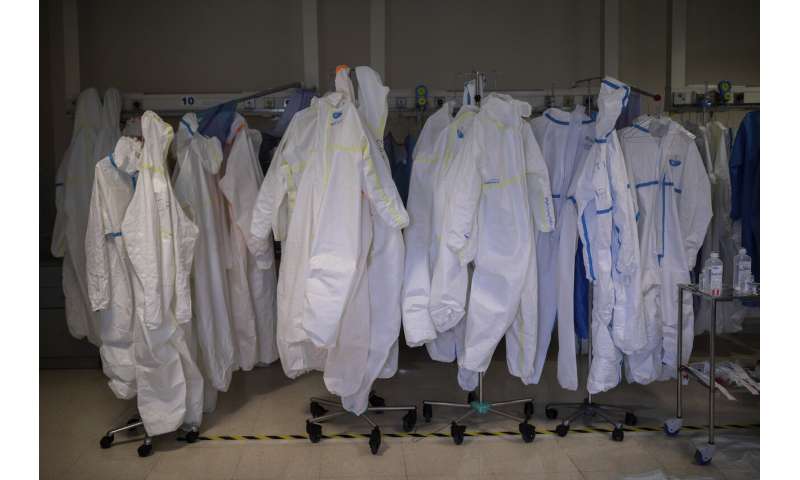 Spain on Friday ordered the country’s 17 autonomous regions to unify the criteria on counting the dead from the pandemic. Spain has counted more than 19,000 virus deaths out of more than 182,000 infections, but the system leaves out the patients who died with symptoms but were not tested.

“We are probably only seeing the tip of the iceberg, only a part of the cases that for sure are happening in Spain,” Barcelona University epidemiologist Antoni Trilla, who heads the Spanish government’s expert panel on the pandemic, told Cadena SER radio.

Britain’s official death toll, which is approaching 14,000, has come under increasing scrutiny because it does not include any deaths at home or in nursing homes.

The country’s statistics agency has indicated the actual number of deaths could be around 15% higher, though others think it will end up being a lot more than that amid growing reports of a sharp increase in coronavirus outbreaks in nursing homes. 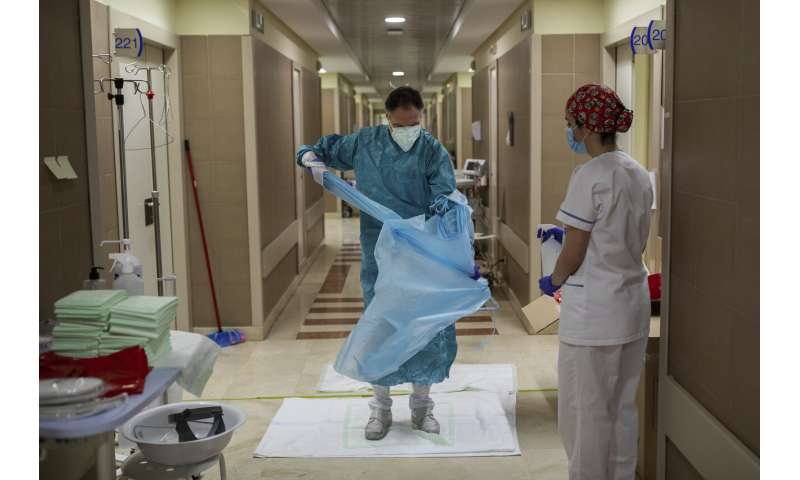 Belgium’s death toll jumped when it began including suspected COVID-19 victims in nursing homes. But the government insists its count injects much-needed transparency into the murky numbers.

“Accounting for suspicious cases is necessary. Especially in difficult situations where it is complicated to confirm cases,” said Emmanuel Andre, a spokesman for Belgium’s crisis center.

Worldwide, the outbreak has infected more than 2.1 million people and killed more than 145,000, according to a tally by Johns Hopkins University, though the true numbers are believed to be much higher. The death toll in the U.S. topped 33,000, with more than 670,000 confirmed infections.

China raised its overall death toll to over 4,600 after the city of Wuhan, where the outbreak first took hold, added nearly 1,300 deaths. Questions have long swirled around the accuracy of China’s case reporting, with some saying officials sought to minimize the outbreak that began in December. 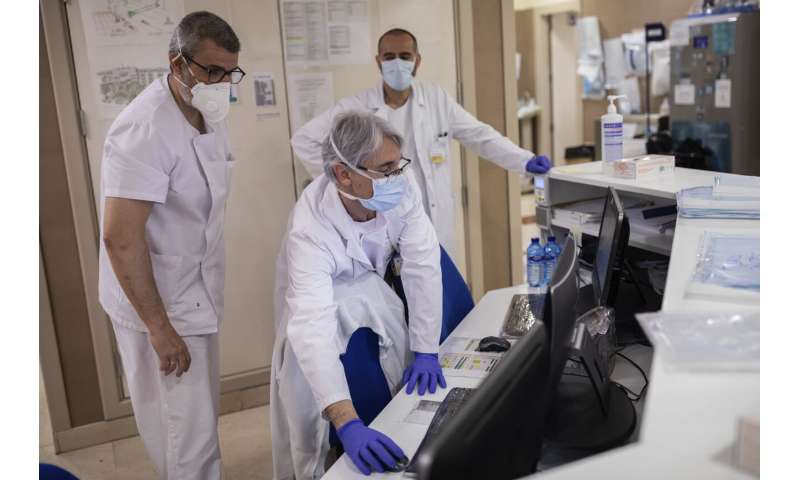 Africa could see 300,000 virus deaths even under the best-case scenario, according to a new report that cites modeling by Imperial College London. The continent as of Friday had more than 18,000 confirmed virus cases, but experts says Africa is weeks behind Europe in the pandemic and the rate of increase has looked alarmingly similar.

The spread of the virus is declining in such places as Italy, Spain and France, but rising or continuing at a high level in Britain, Russia and Turkey. Singapore reported a record daily high of 728 new cases as it ramped up testing at dormitories crammed with foreign workers.

Economists said U.S. unemployment could reach 20% in April, the highest since the Depression of the 1930s. Layoffs are spreading well beyond stores, restaurants and hotels to white-collar professionals such as software programmers and legal assistants. 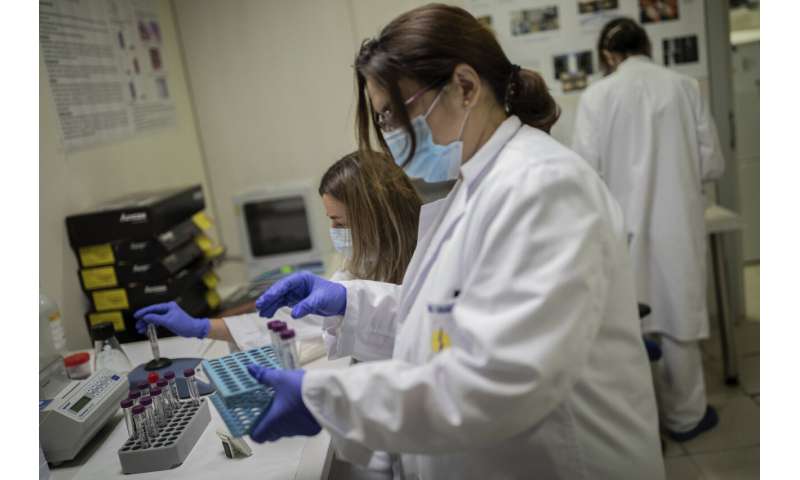 President Donald Trump reacted to the pressure on the economy by outlining a phased approach to reopening parts of the country where the pandemic is being brought under control. He told the nation’s governors that restrictions could be eased to allow businesses to reopen over the next several weeks in places that have extensive testing and a marked decrease in COVID-19 cases.

“We are not opening all at once, but one careful step at a time,” Trump said.

New York, the deadliest virus hot spot in the U.S., reported more encouraging signs, with a drop in the daily number of deaths statewide and the overall count of people in the hospital.

“We’ve controlled the beast,” Gov. Andrew Cuomo said. Still, New York state has over 40% of all U.S. deaths, and Cuomo extended the state’s lockdown through at least May 15. 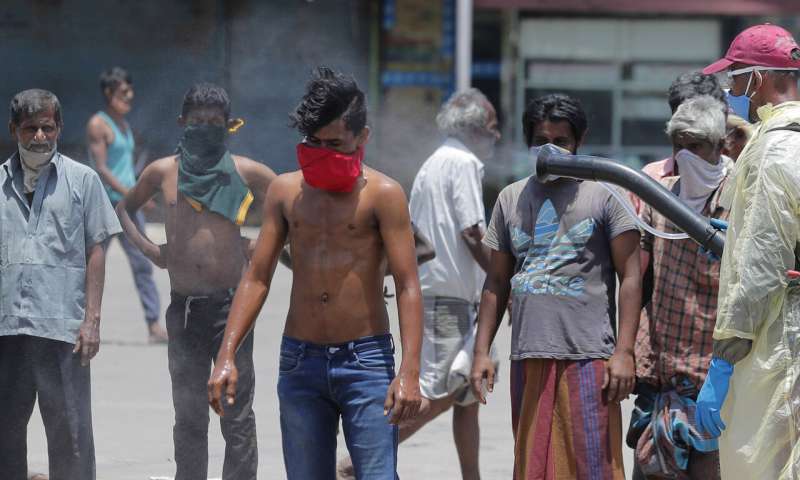 In New Jersey, police acting on an anonymous tip found at least 18 bodies over two days at a nursing home in Andover Township that were waiting to be picked up by a funeral home.

Like the U.S., many European countries have seen heavy job losses, but places like Germany and France are using government subsidies to keep millions of people on payrolls.

Not so in India, where 176 million people who live on under $2 a day are getting more hungry and desperate by the hour as their incomes dry up under the government’s strict coronavirus lockdown. Tens of thousands of newly jobless have walked miles to their ancestral villages in search of food and shelter, only to be shunned by locals who fear they are bringing the dreaded virus with them.

“These big leaders take decisions in their big houses!” said Rajesh Dhaikar, a balloon seller in Prayagraj in central India. “Did anyone ask the poor what they are eating?” 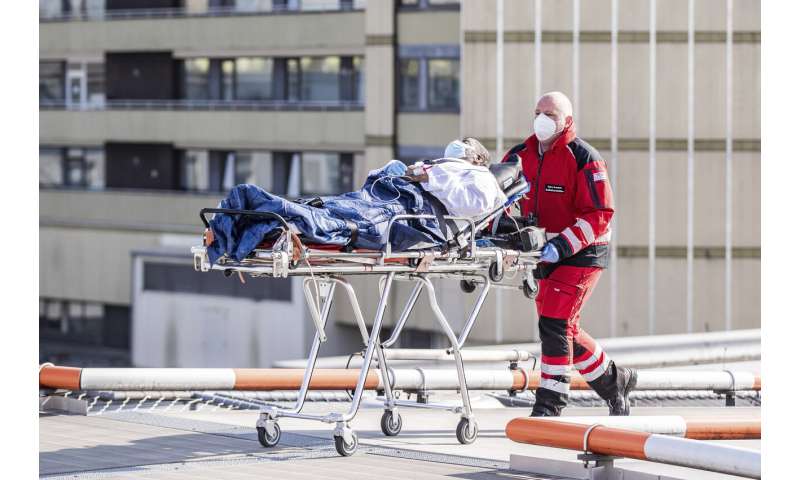 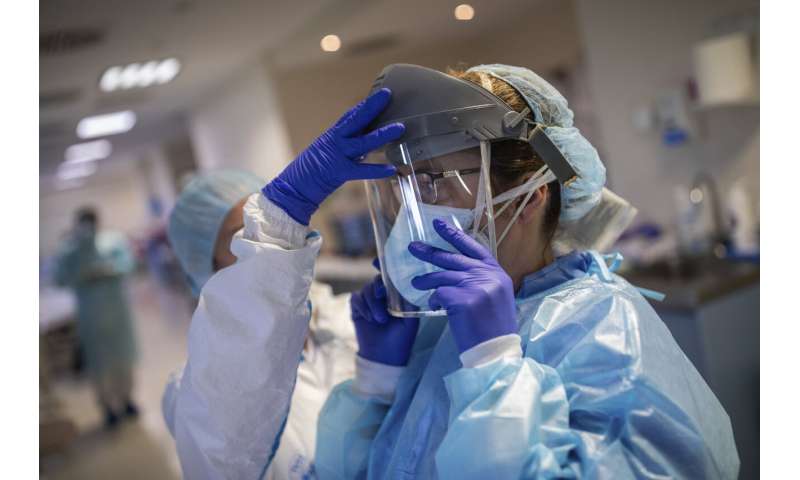 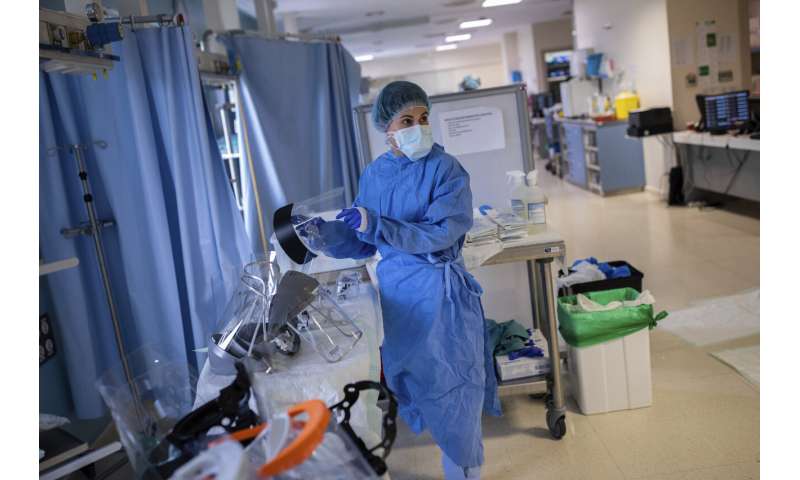 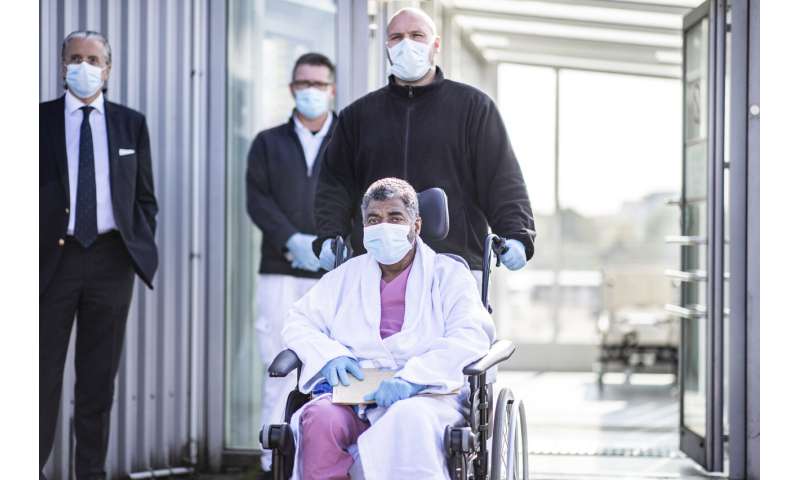 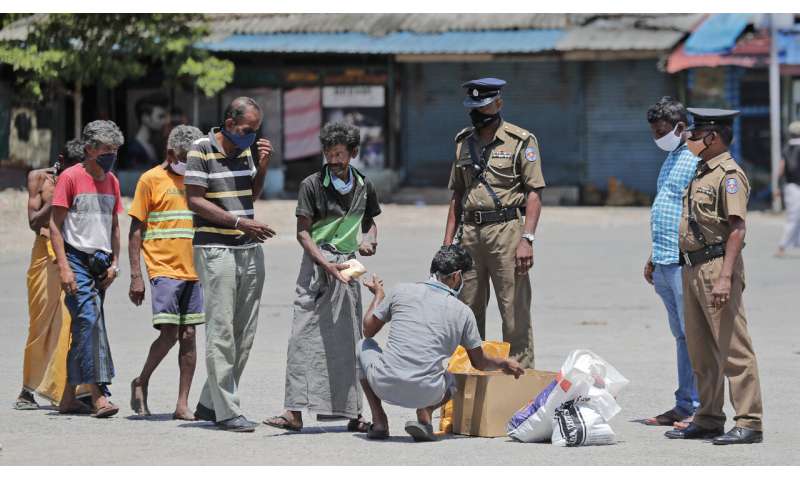 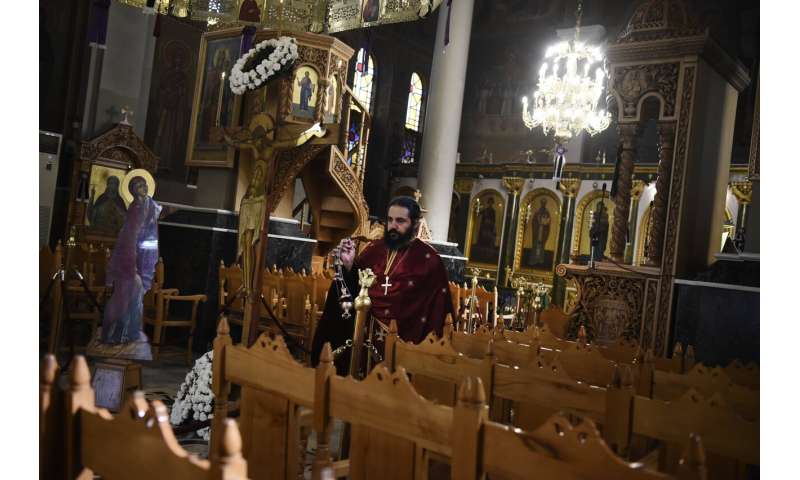 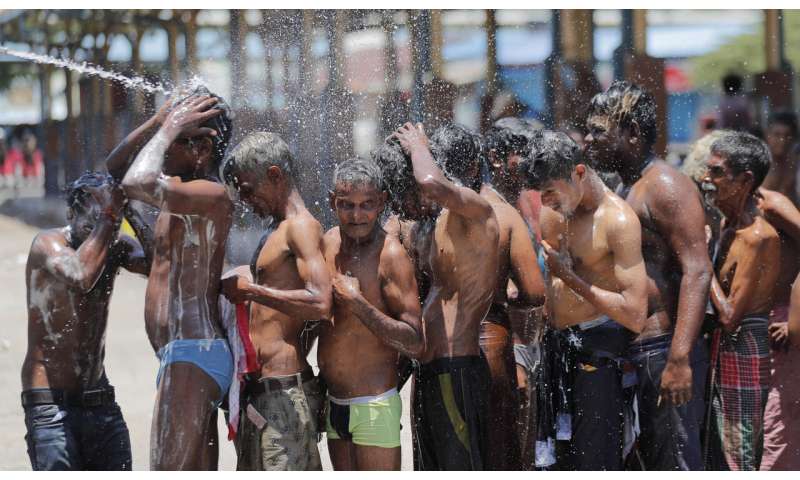 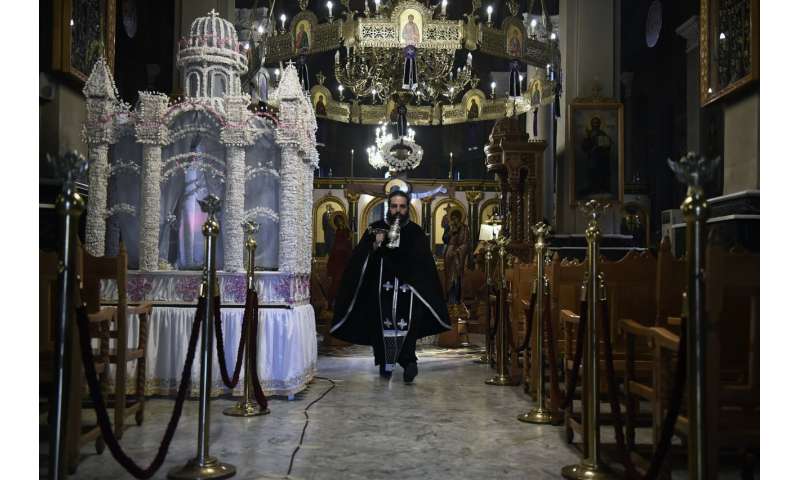 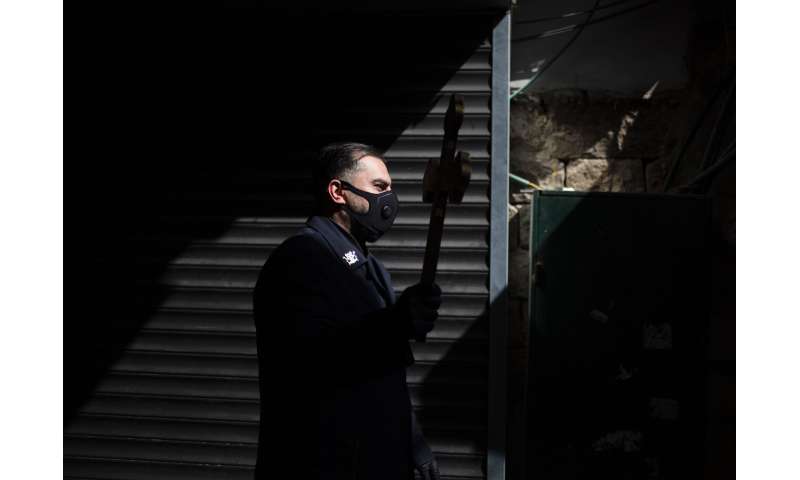 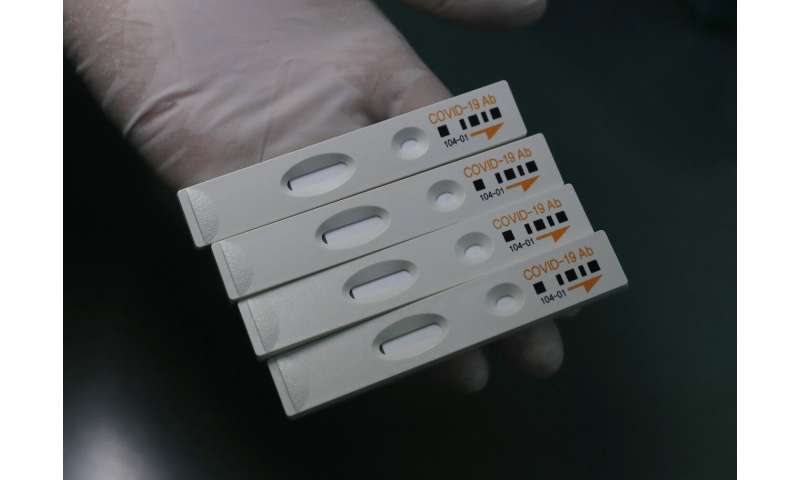 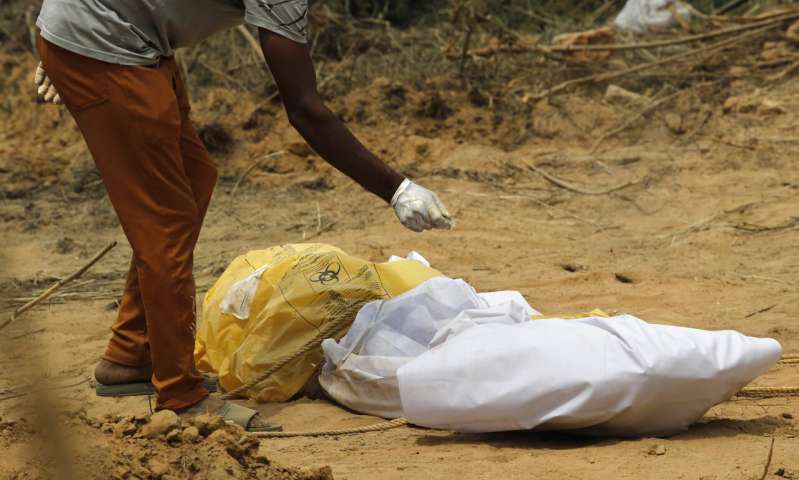 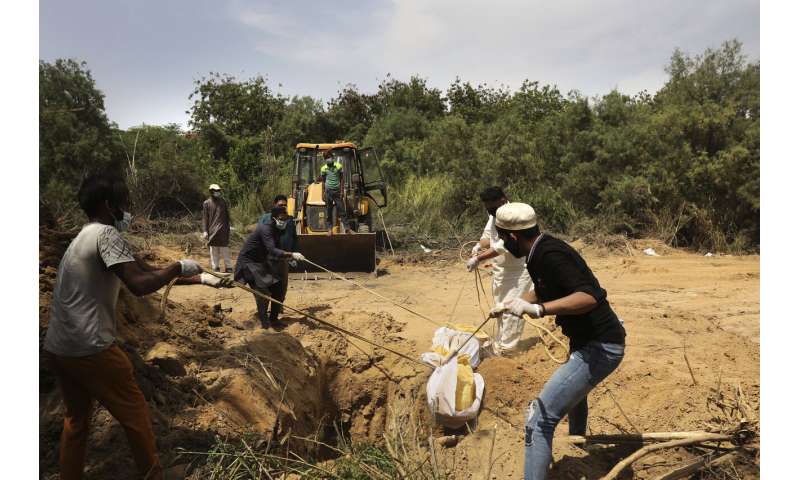 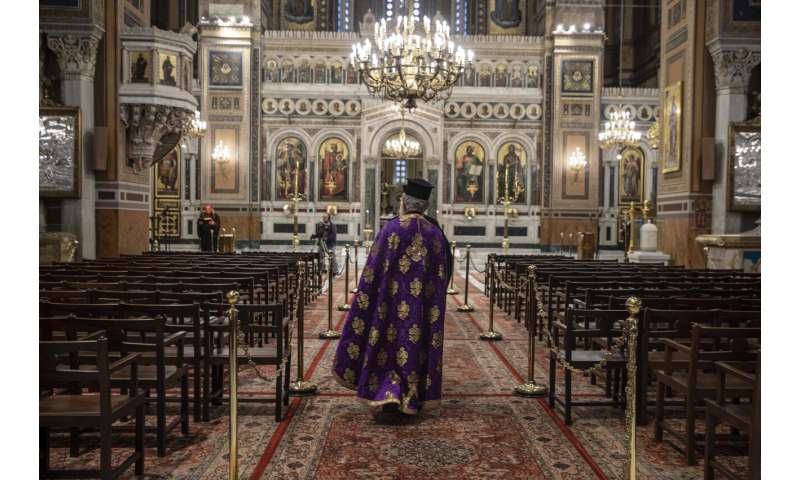 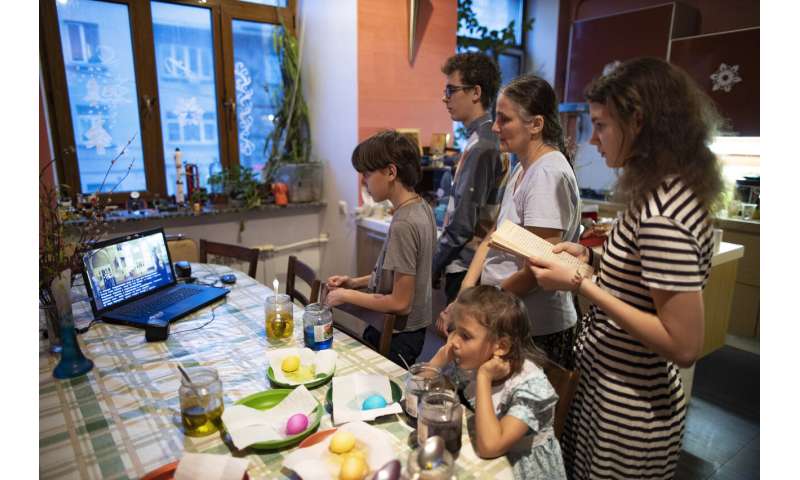 For many of the world’s roughly 300 million Orthodox Christians, Friday was a shadow of Easters past as virus restrictions shut down traditional celebrations of the most important religious holiday in their calendar.

In Greece, roadblocks were set up and fines doubled for anybody caught driving without justification during the long weekend that usually sees families return to their ancestral villages to roast lamb in their gardens.