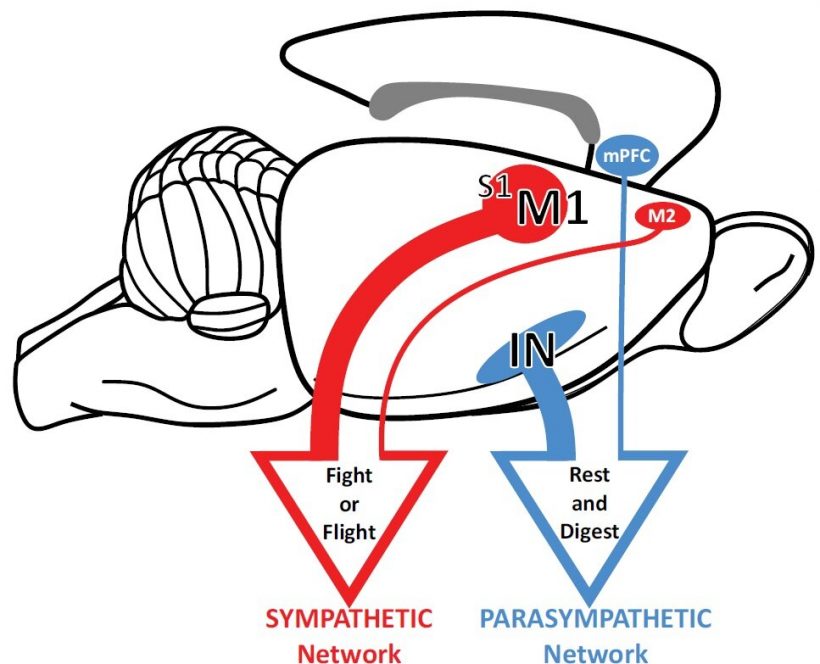 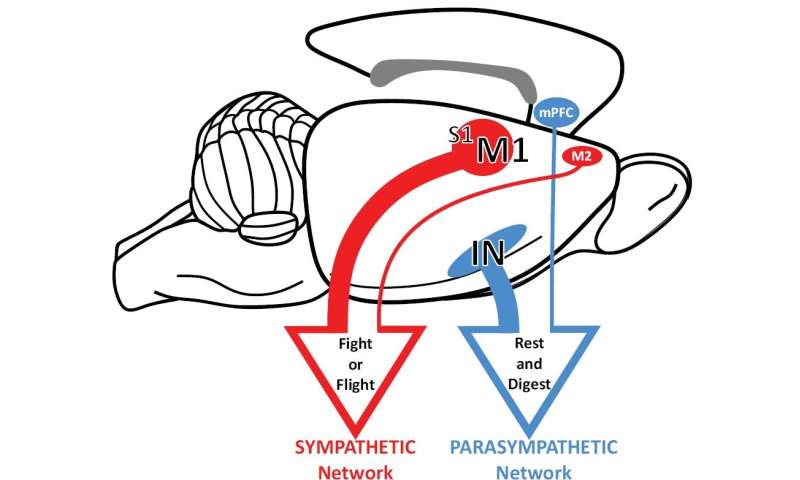 Neuroscientists at the University of Pittsburgh Brain Institute have traced neural pathways that connect the brain to the stomach, providing a biological mechanism to explain how stress can foster ulcer development.

The findings, published this week in the Proceedings of the National Academy of Sciences, build a scientific basis for the brain’s influence over organ function and emphasize the importance of the brain-body connection.

Until now, research exploring the gut-brain interaction has largely focused on the influence of the gut and its microbiome on the brain. But it’s not a one-way street—the brain also influences stomach function.

“Pavlov demonstrated many years ago that the central nervous system uses environmental signals and past experience to generate anticipatory responses that promote efficient digestion,” said Peter Strick, Ph.D., Brain Institute scientific director and chair of neurobiology at Pitt. “And we have long known that every increase in unemployment and its associated stress is accompanied by an increase in death rates from stomach ulcers.”

To find brain regions that control the gut, Strick and his coauthor David Levinthal, M.D., Ph.D., assistant professor of gastroenterology, hepatology and nutrition at Pitt, used a strain of rabies virus to track connections from the brain to the stomach.

After being injected into the stomach of a rat, the viral tracer made its way back to the brain by hopping from neuron to neuron—using the same trick that rabies virus uses to infiltrate the brain after entering the body through a bite or scratch—to reveal the brain areas that exert control over the stomach. 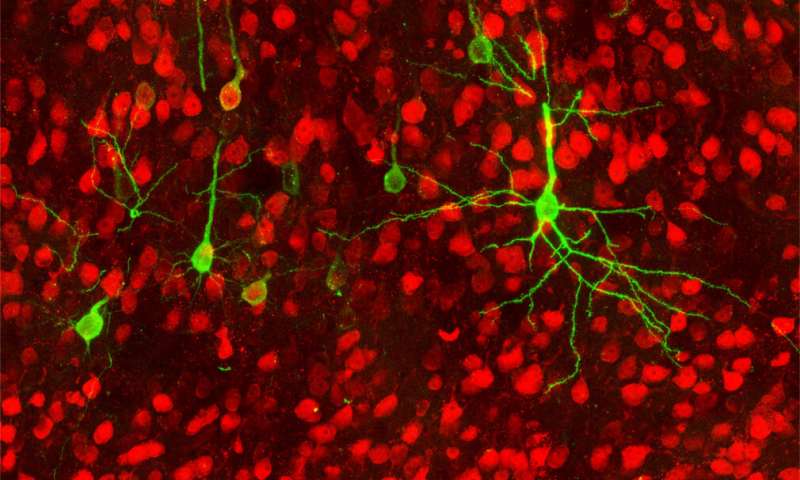 Strick and Levinthal found that the parasympathetic—”rest and digest”—nervous system pathways trace back from the stomach mostly to a brain region known as the rostral insula, which is responsible for visceral sensation and emotion regulation.

“The stomach sends sensory information to the cortex, which sends instructions back to the gut,” Strick said. “That means our ‘gut feelings’ are constructed not only from signals derived from the stomach, but also from all the other influences on the rostral insula, such as past experiences and contextual knowledge.”

In contrast, the sympathetic—”fight or flight”—pathways of the central nervous system, which kick in when we’re stressed, predominantly trace back from the stomach to the primary motor cortex, which is the seat of voluntary control over the skeletal muscles that move the body around.

Identifying these neural pathways that connect the brain and stomach could provide new insights into common gut disorders.

For example, Helicobacter pylori infection typically triggers ulcer formation, but descending signals from the cerebral cortex could influence the bacteria’s growth by adjusting gastric secretions to make the stomach more or less hospitable to invaders.