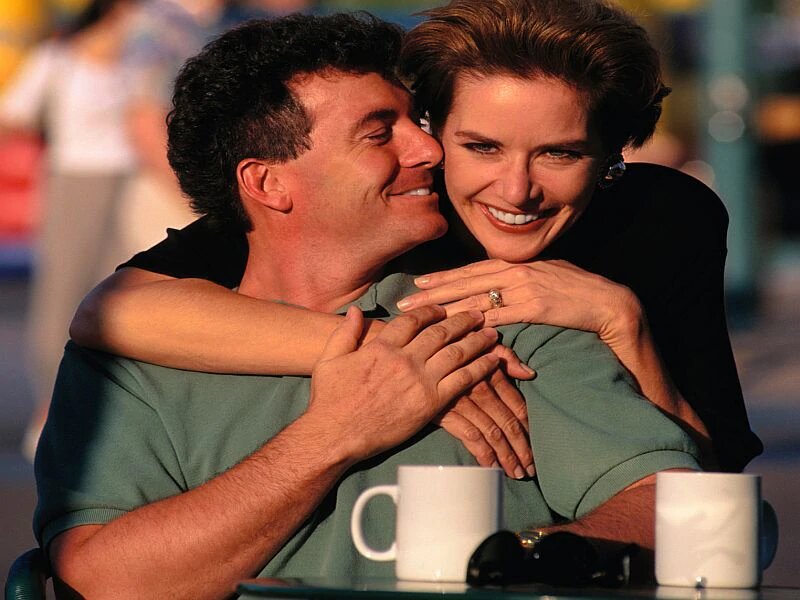 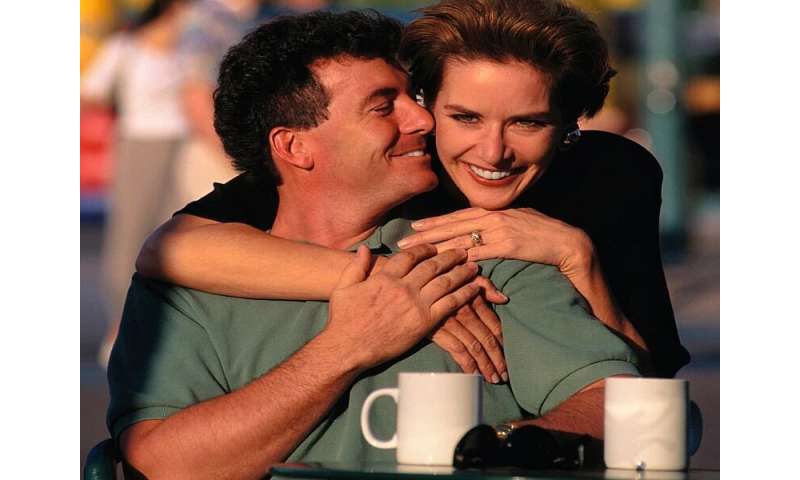 Love to cuddle up? It might bring a ‘mind meld,’ too, new research shows.

A functional MRI scan of two people cuddling under a blanket showed that their brains appeared to be falling into similar patterns of action and response, as they took turns gently tapping the other’s lips, a Finnish research team reports.

“In general terms, it shows how the brains of two individuals become ‘tuned in’ together during this kind of elementary human interaction,” said senior researcher Lauri Nummenmaa, head of the Human Emotion Systems laboratory at the University of Turku in Finland.

Research of this sort could be valuable in dealing with conditions where people have trouble with social interactions, he said.

Here’s how participants were positioned in the scanner: 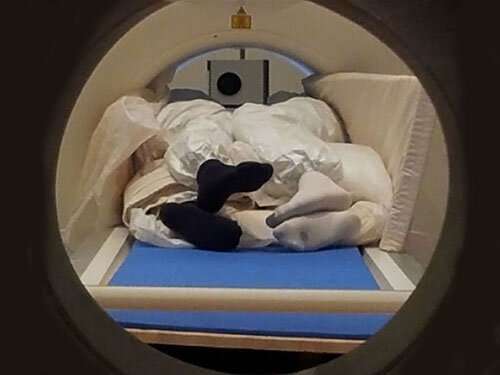 It’s not surprising that the 10 couples in the study—either friends or romantic partners—appeared to have had synchronized brain responses, said Tiffany Field, director of the Touch Research Institute at the University of Miami.

“There’s this intimacy that generates similar patterns of physiological and biochemical responses, and this is a good demonstration of that,” she said. “That’s been shown in everything from heart rates to brain waves, and other measures like cortisol levels.”

For example, prior studies have shown blood levels of the stress hormone cortisol differ in partners when they are working and not together much, but fall into synch on the weekends when they’re hanging out all day with each other, Field said.

“I expect that if they pursue these studies, they’re going to find very similar regions of the brain are being activated at similar times as these people are cuddling or wrapped around each other,” she said.

But Field added that the real value of this initial study lies in the fact that two human brains were scanned at the same time using a single MRI machine.

“This establishes you can take MRIs in two people at the same time,” Field said. “It shows the technology is possible.”

In this experimental MRI, the head coil used for regular brain scans was split into two separate coils, allowing for simultaneous scanning of two brains when people are positioned close together inside the machine.

“The main goal of this study was to benchmark the new two-person brain imaging setup,” Nummenmaa said.

“We found that our setup could reliably pick brain signals from both participants, and we saw a clear alteration in the motor (in the person who was doing the touching) and somatosensory (in the person who was feeling the touching) cortices in the subjects,” Nummenmaa said. “However, both cortical sites were always activated to some extent in both participants.” 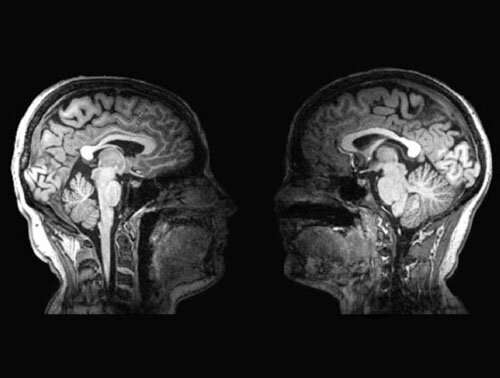 The research team said there are countless ways to use this technology to investigate how the brain processes social interaction, now that the MRI technique has been shown to work.

“For example, during a conversation or problem solving, people’s brain functions become flexibly linked with each other,” said researcher Riitta Hari, a retired professor of neuroscience at Aalto University in Espoo, Finland.