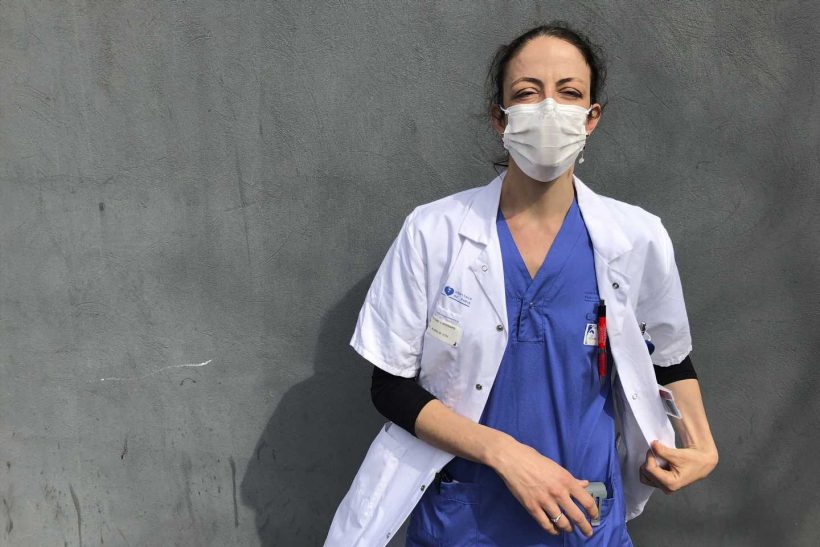 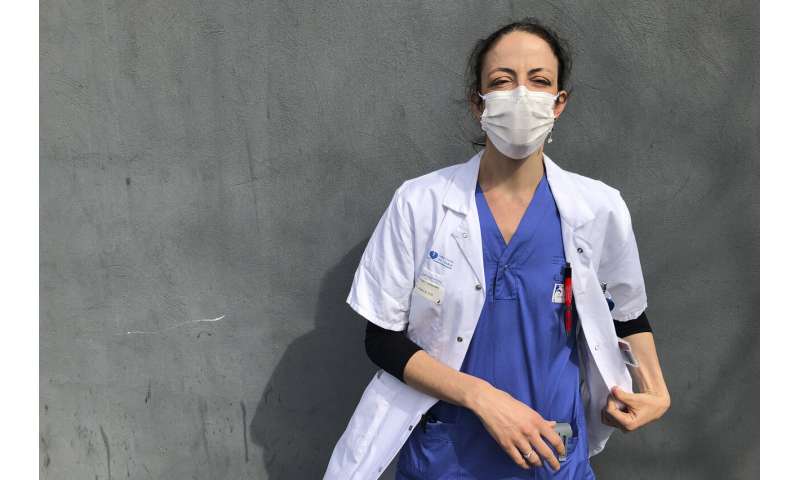 “Be strong, mum, we really love you,” is what Dr. Aurelie Gouel’s kids tell the ICU physician when she sets off for long hospital shifts trying to save critically ill coronavirus patients.

Although aged just 4 and 6, Gouel’s children are acutely aware of how dangerous the disease can be not only because their mother has briefed them but also because she is among the more than 1.6 million people worldwide who have fallen sick.

“It was very tough for three, four days,” she told The Associated Press.

But as soon as she felt well enough, she plunged straight back to work at her Paris hospital that treated Europe’s first fatal case.

“It was quite frustrating being at home and seeing how badly the hospitals needed help,” the 38-year-old said.

“We were trained for this,” she added. “The world needs us.”

In the brutal months since France reported Europe’s first coronavirus cases in January and then, in February, the first death on the continent, the scourge has infected so many thousands of doctors, nurses and other health workers in Europe that some have now recovered and are going from their sick beds back to the front lines.

“It’s a bit like what happened in the First World War. People were wounded and came back to the battlefield,” said Dr. Philippe Montravers, head of anesthesiology and critical care at Bichat Hospital in Paris.

The hospital treated the 80-year-old Chinese tourist who in mid-February became the first person outside Asia to die from COVID-19.

“They feel … very guilty staying at home,” Montravers said. “As soon as they are feeling better, they come back to help.”

As scientists race to unravel the new coronavirus’ mysteries, as yet unsure of how resistant people become to re-infection after exposure, health workers hope that those among them who recovered and are returning to hospitals are now armed not only with a deeper, more personal understanding of the virus but also with some degree of immunity.

That armor against possible reinfection could make them especially useful in the drawn-out battle until a vaccine is found.

“It helps a lot for them to return to work, and especially for them to return with immunization. That’s really fantastic because it takes away the fear that we have for a second wave of infections,” said Dr. Julio Mayol, medical director of the San Carlos Clinic Hospital in Madrid. Nearly 15% of its 1,400 staffers have been infected.

For most people, coronavirus symptoms clear up in two to three weeks. But for some, especially older adults and people with existing health problems, it can cause more severe illness, including pneumonia, and death.

In Italy, those back on duty include Elena Pagliarini, a nurse who was photographed before her diagnosis slumped exhausted next to a computer keyboard, an image that came to symbolize the plight of the worst-hit country, with more than 18,000 dead.

In Paris, the returnees include Sebastien, an intensive-care medic at Bichat, the hospital where Gouel also works. Sebastien doesn’t want his surname published because he fears that his already “very scared” neighbors will freak out completely if they learn that he and his wife, a surgeon who is 5 months pregnant, both fell ill. 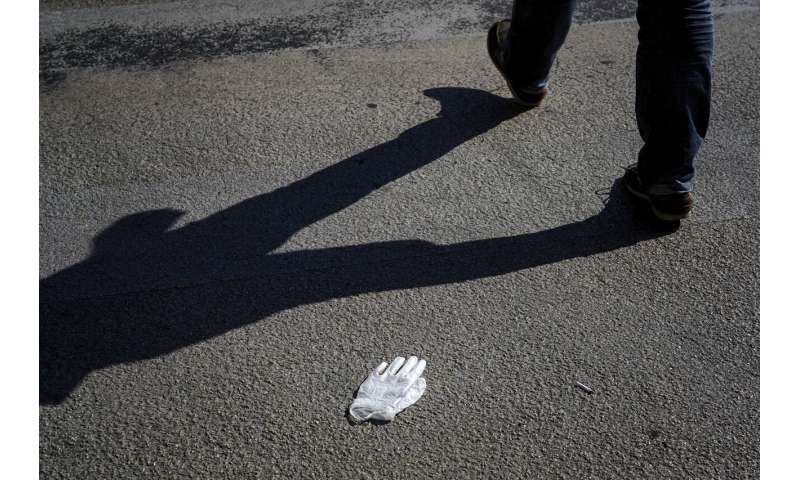 His infection was so severe that he spent three days “nailed to my bed. I was so exhausted by the symptoms that I couldn’t get up.”

Yet he was back at the hospital less than two weeks later, even as his wife’s symptoms worsened.

“She was really in a bad away and she was hospitalized on the day that I went back to work,” he said.

“I felt useless. I had to work. I would have been completely stressed out had I stayed home,” he added. “I wanted to help my colleagues.”

Assuming that he may have developed some immunity, Sebastien says he now volunteers for ICU tasks that carry a higher risk of infection, such as taking viral swabs and inserting bronchoscopes into patients’ diseased lungs so they can be inspected.

“I prefer to expose myself than colleagues who haven’t been infected,” he said.

Gouel also says the possibility of immunity reassured her when she went back to dealing with the crush of patients.

“I feel that I’m now a durable strength,” she said. “If there are things that need to be done with heavily infected patients, things that are risky, I’m easier with me doing them, rather than my colleagues.”

Despite being “very worried” when she was sick, Gouel’s husband supported her rapid return to work, she said.

And although her kids “know all about the coronavirus, that it is serious and people die of it,” they also understand that her drive to fight it means she can’t always be with them.