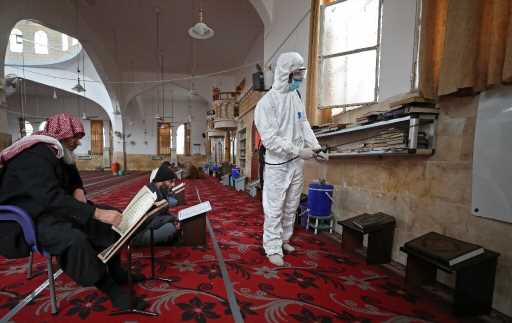 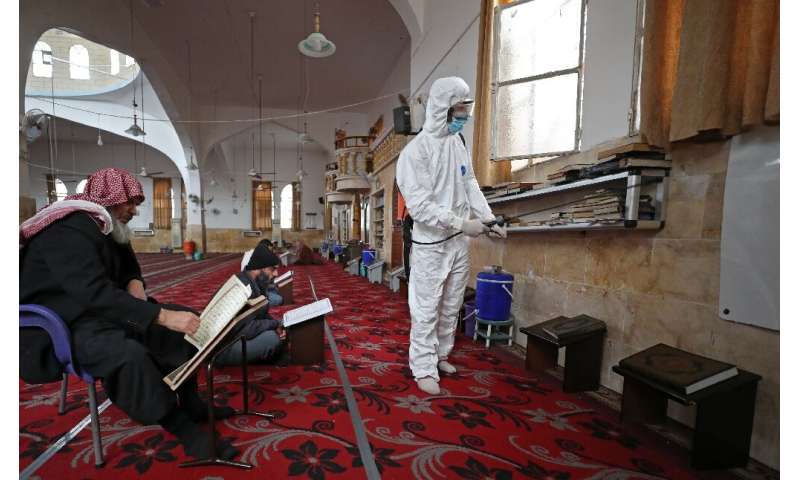 Spanish children were allowed outside on Sunday for the first time in six weeks as countries prepared to ease lockdown measures and reopen economies gutted by the coronavirus despite the worldwide death toll surpassing 200,000.

Governments from Belgium to the United States are gearing up for a partial reopening in an attempt to restore normality for nearly half of humanity forced into some form of confinement due to the COVID-19 pandemic.

Coronavirus cases around the world rose to 2.86 million and deaths have doubled since April 10, with well over half of them in Europe, according to an AFP tally.

The daily toll in Western countries appeared to be levelling off and even falling, but fears abounded in many places of a second surge after restrictions on movement are lifted.

Rejecting the advice of top disease experts, the US state of Georgia allowed thousands of businesses to resume operations, from hairdressers to bowling alleys.

“How long are we supposed to imprison ourselves?” said 30-year-old Mackenzie Scharf, one of many in Georgia embracing the return to something resembling normalcy.

“This is much safer than going grocery shopping,” she told AFP on the beach at Tybee Island, where her five-year-old son flew a kite under a cloudless sky. 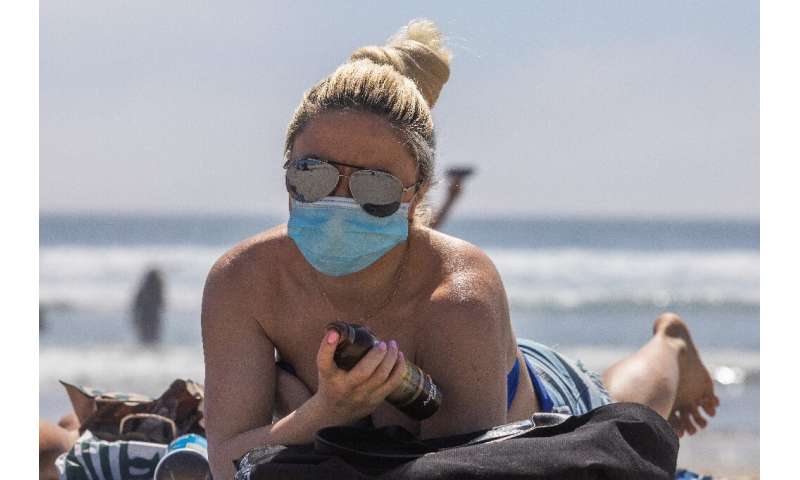 Spain has had one of the world’s strictest lockdowns since March 14, with healthy adults only allowed to leave home to buy food or medicine or briefly walk a dog, and children not allowed out under any circumstances until now.

But from Sunday minors can walk, run or play for up to an hour a day, accompanied by one parent, in an area no further than a kilometre from their home.

Hundreds of millions of Muslims around the world stayed out of mosques on the second day of Ramadan and avoided traditional, large family meals to break their day-time fasts under social distancing rules.

And Australians and New Zealanders marked Anzac Day without the normal parades and public ceremonies to commemorate fallen soldiers. 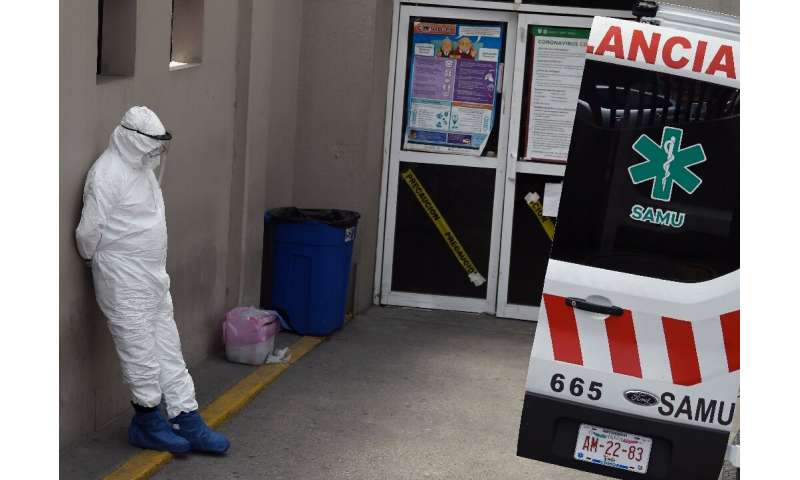 But as life under lockdown drags on, the pressure from broken economies and citizens frustrated by stay-at-home orders has people and officials in many countries pushing to open up.

German police arrested dozens of protesters in Berlin on Saturday for flouting the coronavirus lockdown measures they were demonstrating against.

“‘When will we return to work?’ is a question on many people’s minds these days,” said Jane Fraser, the number two official at banking giant Citigroup, as New York gingerly prepared to get back to business after more than a month of virus shutdown.

France is set to outline a broad lockdown exit plan on Tuesday, and from next weekend all Spaniards will be allowed out for exercise and to take walks.

As Italy nears the end of the world’s longest active lockdown, in place since March 9, citizens are awaiting a decision this weekend about which restrictions will be lifted. They will probably be allowed to leave their homes freely by early May.

Hard-hit Iran has steadily allowed the restarting of businesses, but health officials Saturday raised fears of a “fresh outbreak” with another 76 fatalities declared, bringing the country’s official death toll to more than 5,600.

Alireza Zali, a health coordinator for the capital, criticised “hasty reopenings” that could “create new waves of sickness in Tehran”. 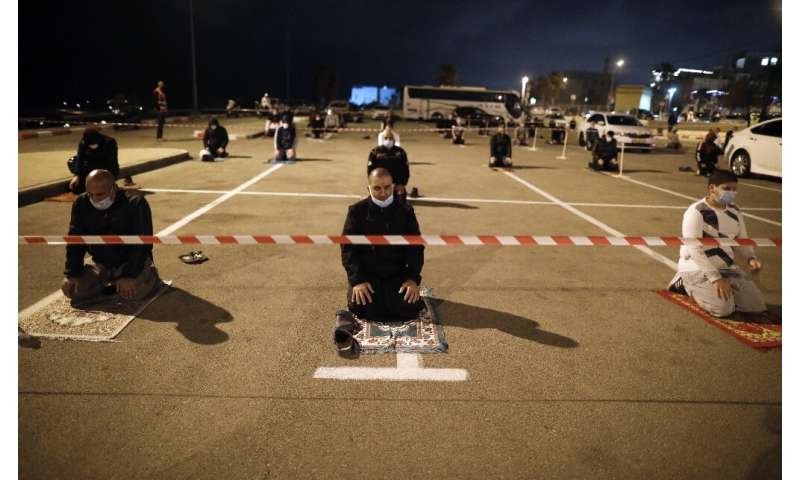 While new reported cases appear to have plateaued at about 80,000 a day, the world remains in wait as companies and governments race to develop treatments and, eventually, a vaccine for the virus.

Some governments are studying measures such as “immunity passports” as one way to get people back to work after weeks of shutdowns that have roiled the global economy.

“If I’ve already had corona then I’m not infectious,” said Berlin resident Lothar Kopp, hoping to test positive for antibodies as it could allow him to visit his elderly mother.

But the WHO warned that people who survive infection cannot be certain they will not be hit again by the respiratory disease, which first emerged in China late last year.

“There is currently no evidence that people who have recovered from #COVID19 and have antibodies are protected from a second infection,” the UN health body said in a statement. 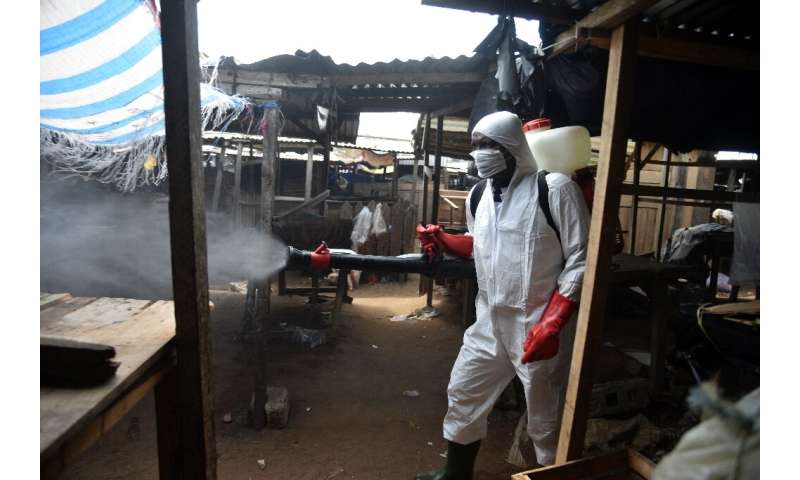 The White House’s top pandemic advisor Anthony Fauci said this week that the US will certainly have a coronavirus problem in the fall, which could be complicated by the return of seasonal flu towards the end of the year.

Meanwhile in Beijing, a new set of regulations were introduced to combat the pandemic, banning “uncivilised” behaviour such as not covering the mouth and nose when coughing or sneezing.