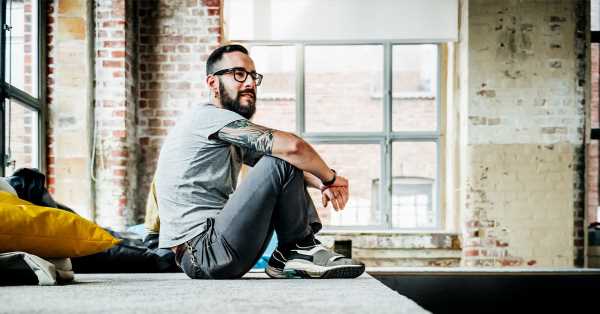 You’ve probably heard of losing water weight. But can you lose weight by not drinking water?

“Dry fasting” is a diet fad being promoted online by lifestyle influencers.

The idea behind dry fasting is to forgo drinking any water. Instead, you get water only from food sources, such as fruits and vegetables.

But it’s a dieting approach that many health experts say is dangerously misguided.

Dry fasting is inspired in part by Muslim abstention from food and water during the month of Ramadan.

In a 2013 study published in the Journal of Human Nutrition and Dietetics, Iranian scientists concluded that Ramadan fasting led to bodyweight loss and reduced body fat — the latter primarily among young and male individuals.

“Proponents of dry fasting point to studies that looked at Ramadan religious fasting, which did find specific metabolic benefits to fasting and intermittent fasting in general,” Robin Foroutan, MS, RDN, HHC, an integrative dietitian, nutritionist, and spokesperson for the Academy of Nutrition and Dietetics, told Healthline.

Sophie Partik, a yoga teacher and nutrition coach, says she hasn’t had a drink of water in more than a year.

She says that water derived from food is superior to that consumed from the tap.

“I get my living water and cell hydration from fruits, veggies, and coconuts, the purest form of H3O2,” she said in a story published by Daily Mail.

Others, such as Susan Schenck, author of “The Live Food Factor: The Comprehensive Guide to the Ultimate Diet for Body, Mind, Spirit & Planet,” recommend dry fasting for limited periods of time, saying that such fasts “detox” the body.

“In a true dry fast, nothing at all is consumed, neither fruit nor water,” Schenck told Healthline. “Inflammation cannot survive without water, whereas a wet environment enables bad bacteria, viruses, and worms to thrive. When dry fasting, all or many of these critters exit your body. Also, all dead or dying tissues are expelled from the body.”

What skeptics say about dry fasting

On the other hand, experts such as Aurielle James-Sarpong, RD, LDN, an outpatient oncology dietitian at the Cancer Institute at the University of Maryland St. Joseph Medical Center, say dry fasting isn’t only scientifically suspect but potentially harmful or fatal.

“Our bodies are 70 to 80 percent water,” James-Sarpong told Healthline. “Dry fasting would make it difficult for our bodies to complete daily tasks, such as flushing out toxins or helping nutrients enter cells. Our kidneys, heart, lungs — and every other bodily organ on which we rely for normal, healthy living — would suffer greatly without adequate hydration.”

James-Sarpong says that people need to consume at least 64 ounces of water daily — even more if engaging in physical activity, if they’re sick, or if they’re being treated for diseases, such as cancer.

“Dry fasting increases a person’s risk for dehydration, which could lead to kidney stones, seizures, low blood volume and low blood pressure, electrolyte imbalance, and even death,” she said.

“While fruits and vegetables do contain water, it would be difficult to get enough water that way to be optimally hydrated,” she said.

“It would be silly and dangerous to forego auxiliary fluid,” Monica Auslander Moreno, MS, RD, LD/N, a nutrition consultant for RSP Nutrition, told Healthline. “That’s where the bulk of our day’s hydration comes from, and most people already aren’t drinking enough water.”

Lisa Richards, CNC, a nutritionist and creator of The Candida Diet, doesn’t dismiss dry fasting out of hand.

However, she told Healthline, “The weight loss claim likely occurs from a reduction in calories from drinks as well as loss of fluid retention.”

“Dry fasting may have some benefits, but the risks and negative side effects should be thoroughly understood,” Richards said.

“Dehydration is a serious risk when it comes to dry fasting. Excessive hunger, fatigue, and irritability are common side effects among those actively dry fasting. A lack of water and fluid, especially when done frequently, can lead to an increase in urinary tract infections as well as kidney stones,” she said.

“Drinking more fluid fights bloat and is associated with better weight outcomes, so drink up,” she said.

“If you’re preparing to do some kind of diet or eating plan that is really limiting or rigid, it really should have solid evidence backing up the benefits that you hope to gain,” Foroutan added.