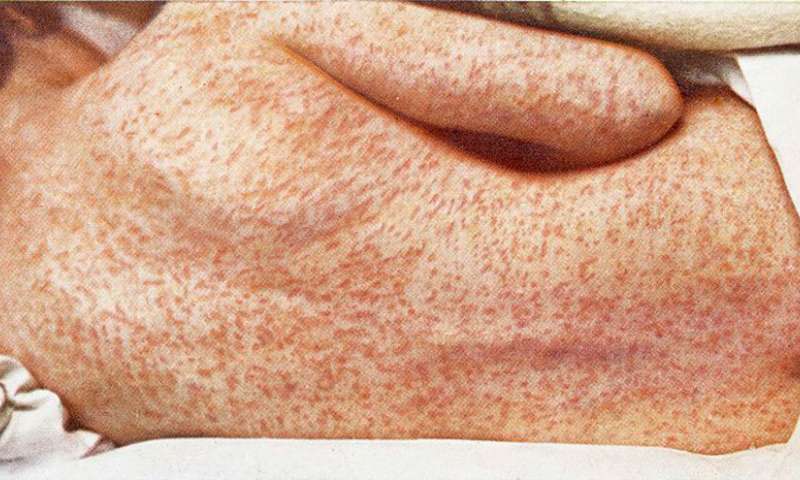 You know that old saw about how doing the same thing over and over and expecting a different result constitutes insanity? Well, a new paper by researchers in the Department of Communication Studies at the University of Kansas doesn’t go that far, but it does conclude that to counter anti-vaccine beliefs, those who favor universal vaccination against contagious diseases will have to do more than repeat the evidence denying the link between the MMR vaccine and autism. Instead, they will have to meet anti-vaxxers where they are: on contested ground where anecdotes, examples and conspiracy theories hold greater sway than scientific evidence.

Brett Bricker, assistant specialist and assistant director of KU Debate, and Jacob Justice, doctoral student in communication studies, argue that we are living in an era where objective truths have lost their saliency for large segments of the public. Their article, “The Postmodern Medical Paradigm: A Case Study of Anti-MMR Vaccine Arguments,” was published in the Western Journal of Communication.

“The conspiratorial nature of this discourse helps explain why anti-vaccination sentiment transcends partisan boundaries,” the authors wrote. “(T)hese narratives may resonate with liberal/progressive individuals because of their skepticism towards the motives of corporations, while they may also manipulate conservative fears of invasive government run amok.”

Their article includes a review of relevant research on the topic of conspiratorial thinking, and Bricker and Justice argue this state of affairs has been a long time coming. They trace the anti-vaccine movement to a long-since-discredited study published in 1998 in Britain’s The Lancet medical journal by Dr. Andrew Wakefield, which asserted a causal link between autism and the vaccine against measles, mumps and rubella, or MMR.

So Bricker said he and Justice “started to categorize the types of arguments that Wakefield was making and trying to figure out why a thoroughly discredited article and a scientist that had been stripped of all of his credentials, why is that person a hero? And it all made sense that, in order for that to happen, you have to have a conspiracy theory. You have to have a kind of anti-elitist and very scared population seeking answers, and a value system that is driven not by fact or accuracy or rationality. They’re just things that get in the way when people see their child with signs of autism. That’s a scary moment for a lot of parents.”

Compounding this phenomenon is the advent of social media, which, unhindered by the fact-checking of old-line newspaper editors, has helped to spread these stories’ influence.

“The proliferation of self-proclaimed online expertise and overemphasis on narrative at the expense of scientific data consistent with the postmodern medical paradigm has stripped authority from the scientific paradigm,” Bricker and Justice wrote.

Moreover, the authors cite evidence that conspiracy theories have a particularly pernicious hold on people, bonding them together in delusion.

“Conspiracy theory also serves as a tool of community-building, fostering identification among disparate individuals by constituting them against an amorphous, shadowy “Other,'” they wrote.

So what are the study’s implications for those who wish to advocate for vaccination as a vital public-health goal?

“The natural response from vaccine advocates has been to repeat the facts, because the facts are clearly on their side,” Bricker and Justice wrote. “However, MMR vaccine skepticism is not an objectively calculated belief driven by rational arguments alone … Therefore, MMR vaccine advocates must trumpet the message of MMR safety by co-opting the persuasive strategies of skeptics; namely, using the power of narrative and anecdote alongside their robust scientific argument denying the link between the MMR vaccine and autism.”

Bricker said vaccine advocates would do well to seek out and promote former anti-vaxxers who have come to regret their stance.