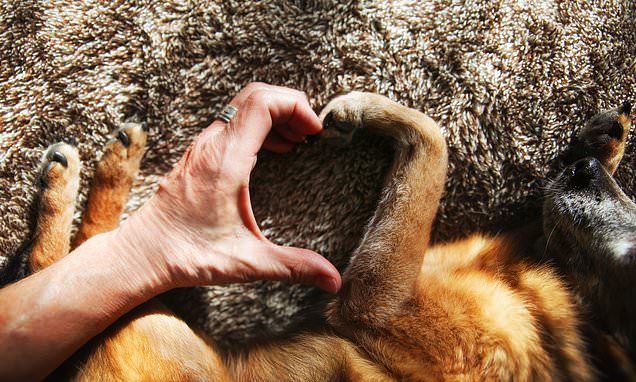 Owning a dog could extend your life: People are 24% less likely to die and survive longer after heart attacks when they come home to a pet

And older people who live alone are a third less likely to die after a heart attack if they have a furry friend at home, according to the Swedish researchers.

Loneliness plays a well known role to the detriment of older people in the US, not only hindering them from living happy lives, but often actually increasing their risks of death and chronic illnesses.

The American Heart Association (AHA), which released an accompanying statement, noted that it’s not exactly proof that dogs will keep you healthier, but it’s pretty good evidence that having one is beneficial for older people.

‘While these non-randomized studies cannot ‘prove’ that adopting or owning a dog directly leads to reduced mortality, these robust findings are certainly at least suggestive of this,’ said chair of the AHA’s writing group, Dr Glenn Levine. 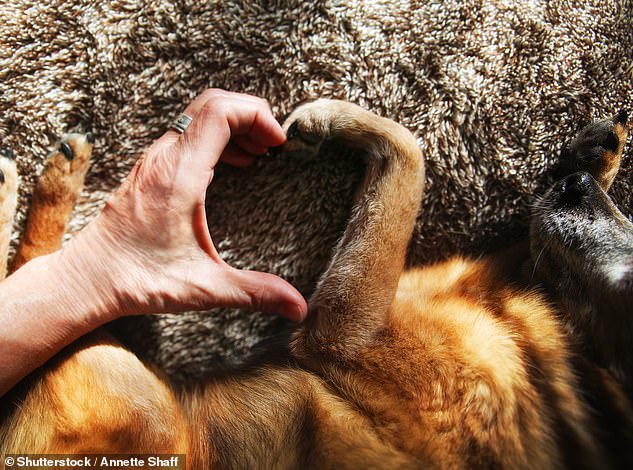 Dog owners are at lower risks of death by any cause, 65% less likely to die after a heart attack, 31% less at risk for stroke mortality and are more likely to survive longer after cardiac events than people with partners or children living at home, new research reveals

In fact, he and the AHA put out a statement in 2013 summarizing all the various ways and research that has suggested that owning pets is good for your heart.

For the latest pair of studies to drive home that point, the researchers used national patient registry to track people who suffered heart attacks and strokes.

In the first, study, they looked at data on virtually everyone between the ages of 40 and 85 who had been hospitalized after a heart attack or stroke between 2001 and 2012.

Heart attack patients who lived alone, were hospitalized for a heart attack, then came home to a dog were 33 percent less at-risk of dying after returning.

That reduction was actually more significant than even co-habitating with people. Those who lived with a partner or children were only 15 percent less likely to die after a heart attack.

Similarly, stroke survivors were more likely to keep surviving, if they had a dog.

In a second study, University of Toronto researchers looked at data on over 3.8 million people, documented in 10 prior studies.

Their findings suggested even more robust benefits of dog ownership.

That’s not surprising when you consider that previous studies, too, have documented the lower cholesterol and blood pressure profiles of dog owners and the share amount of time they spend being physically active on the animal’s behalf.

Dogs are supposed to get between 30 minutes and two hours of exercise a day.

That’s significantly more than the 150 minutes a week that is recommended for humans, so it stands to reason that those with pets would have a more athletic physique.

Much of the befit of a dog is a more mental than physical.

About 40 percent of older Americans report periods of feeling isolated and alone.

And a dog is one way to combat that.

‘Previous studies have indicated that dog owners experience less social isolation and have more interaction with other people.

‘Furthermore, keeping a dog is a good motivation for physical activity, which is an important factor in rehabilitation and mental healthj,’

As strong as its links to better health are, Dr Tove had a rather measured take on what to do with this information.

‘More research is needed to confirm a causal relationship and giving recommendations about prescribing dogs for prevention,’ said the study authors.

‘Moreover, from an animal welfare perspective, dogs should only be acquired by people who feel they have the capacity and knowledge to give the pet a good life.’