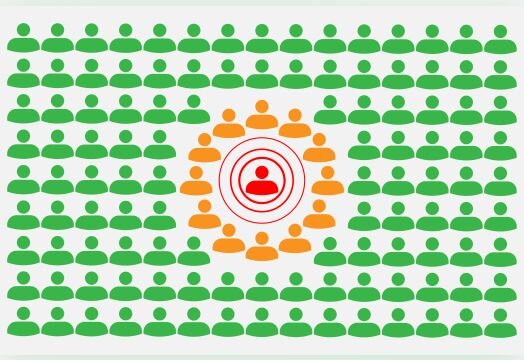 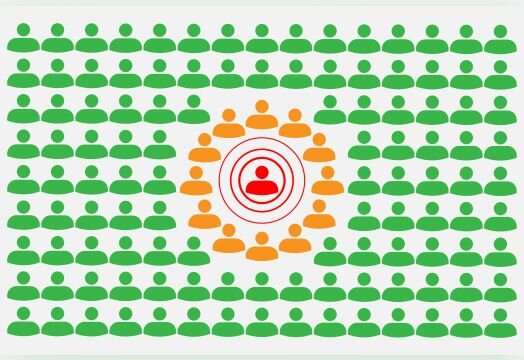 Contact tracing is a pillar of public health, and when done quickly—and correctly—it saves lives.

Yale students who might have otherwise learned about this classic public health intervention in textbooks or lectures, are actively engaged in it, working the phones each day to assist the city of New Haven and the Yale community in the struggle against a deadly pandemic that has claimed more than 2,700 lives in Connecticut alone, making it one of the hardest hit states in the country.

Directed by Yale School of Public Health Professor Linda Niccolai and Tyler Shelby, an M.D./Ph.D. student, Yale’s contact tracing program launched within days after the virus arrived in Connecticut. Students from across the Yale schools of public health, medicine and nursing responded to the call for volunteers and have been working ever since.

Contact tracing is public health 101 and it is helping to “flatten the curve” and slow the rate of new infections.

“We have interviewed hundreds of people with COVID-19 and notified hundreds and hundreds of their contacts,” Niccolai said. “There is no telling how many lives have been saved due to the commitment and the efforts of our volunteers.”

Emily Peterson, an M.P.H. student, stepped forward because she wanted to offer the skills and knowledge that she learned in her academic training at the Yale School of Public Health.

“In a sense, contact tracing is the investigative and mystery-solving side of public health,” Peterson said. “By piecing together the ‘puzzle’ of a disease’s spread, we, as public health practitioners, can figure out how a disease [started] and affected a community.”

Contact tracing is labor-intensive and often emotionally draining. It requires phones calls (lots of them), strong interviewing skills, diplomacy and the ability to ask the right questions. Volunteers also need to stay abreast of the latest guidance from the Centers for Disease Control and Prevention about symptoms and recommendations to self-isolate.

It is difficult, repetitive and often tense work that involves talking with a stranger about a deadly disease. But it is also essential to slowing and eventually stopping the disease.

During contact tracing, a running list is developed of all the people a sick person had contact with in the days before their condition was diagnosed. Volunteers then start calling all of the people on this list, one at a time. Sometimes there are just a few people to contact. Other times there are dozens. Some of the people at the other end of the line are helpful and grateful for the information. Others—not so much.

The students have the delicate responsibility of informing the person that they are speaking with that they might be at heightened risk for COVID-19 because of their recent contact with a sick person. They then ask if the individual is displaying symptoms and, if so, what people they have come into contact with recently. Importantly, the contacted individuals are then provided guidance to self-isolate for 14 days to prevent transmission to others in case they have been infected.

A call, which can last upward of 30 minutes and often involves a range of intense emotions, ends with a list of recommended steps to take if the person is beginning to feel ill.

It’s by tracing the contacts of infected individuals, testing them for infection if they have symptoms, and then linking them to medical care if needed that public health aims to reduce infections in the general population. The technique has been widely used for other diseases such as tuberculosis, measles and HIV.

Given how transmissible the novel coronavirus is, Niccolai and her team realized early on that there were going to be too many cases and too many contacts for local health departments to do proper contact tracing and notification. The Yale network now has well over 200 volunteers working on behalf of the city and the university. They have been at it for more than eight weeks, and there is no end in sight, Niccolai said.

Other municipalities in Connecticut and beyond are turning to contact tracing as they grapple with stemming the spread of the disease within their own jurisdictions. Some of them have turned to the Yale model and reached out for advice on how to implement something similar, Niccolai said.

Another Yale School of Public Health student volunteer, Tyler Caruthers, was drawn to volunteer out of a desire to help others. She couldn’t bear passively sheltering at home while the New Haven community remained at risk.