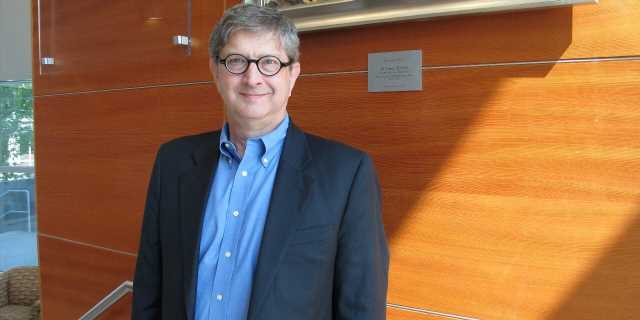 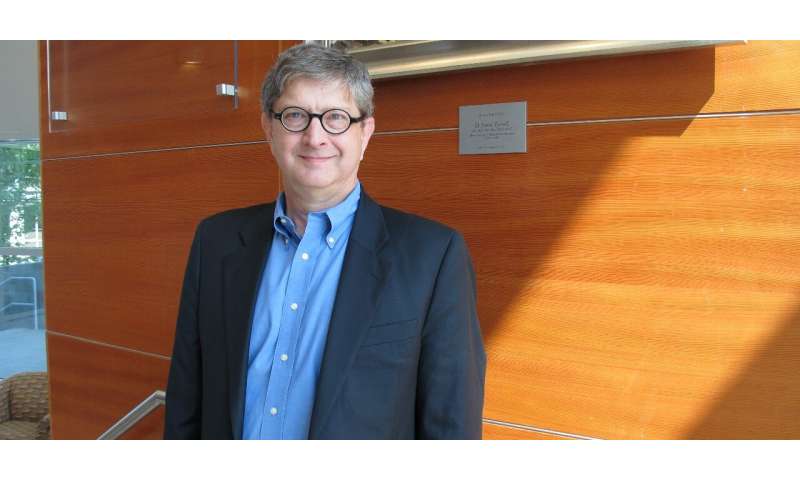 New research by a University of Alberta neuroscientist reveals more about how the mechanism the brain uses to regulate our response to stress could lead to better treatments for anxiety.

Bill Colmers and his team discovered that two chemical messengers—corticotropin-releasing factor (CRF) and neuropeptide Y (NPY)—work in a synchronized opposition to one another to remodel and rewire neurons in a part of the brain responsible for emotions, called the amygdala, as part of the body’s natural response to stress.

The research not only shows the change is occurring in the amygdala, but also reveals the process can be manually reversed, said Colmers.

“Anxiety disorders represent a huge unmet medical need. Any new information we can gather in relation to understanding the mechanisms involved with anxiety provides new targets for possible drug development,” said the U of A professor of pharmacology.

The amygdala is a small, almond-shaped structure in the brain where information from our senses is combined with our memories and experiences.

“When you see a car, it’s just a car—unless you were previously T-boned by a red convertible. Then, thanks to your amygdala, that red convertible will elicit negative feelings in you,” explained Colmers.

“We see abnormal functioning in the amygdala in individuals who suffer from conditions such as anxiety, depression and post-traumatic stress disorder. It’s an interesting part of the brain that’s responsible for many essential processes, and it’s where we see the NPY and CRF in action.”

In previous research, Colmers’ team showed that NPY reduced anxiety in rats. Repeated exposure to NPY made the animals more resilient to stress for weeks or even months, and the team was able to identify the exact mechanism that elicits this response.

Building on this research, Colmers’ team observed that the body’s ability to react to a stress or threat is the result of CRF increasing the number and length of dendrites (or branches) found in neurons located in the amygdala. The lengthening and expansion of the neural network allows the brain to increase its signaling power and trigger the rest of the body to get ready to respond.

But the longer and more often our brains are in hyperdrive, which makes us feel anxious, the more difficult it is to get back to a healthy state.

Because it’s harmful for our bodies to be in this amped-up state for too long, NPY is normally released in our brains once the perceived threat has passed.

The NPY has the opposite effect of CRF and reduces or shrinks the number and length of the dendrites, effectively telling the brain to “stand down” from the alert and let the body relax.

Colmers’ research also revealed that one of the first steps in getting back to this relaxed state begins when NPY binds with the Y5 receptor, which occurs on the surface of a neuron. This binding activates the pathway that reconfigures the dendrites. According to Colmers, understanding each step in the pathway is important because each represents a potential target for drug development.

“My research areas have varied throughout my career and included anxiety, obesity, cachexia and energy balance. However, the common thread that has run through all of it is my friend neuropeptide Y,” said Colmers.

“While we definitely answered some of our questions with this latest study, it also revealed new questions, as the work was only conducted in male rats. The very important next question is whether this works the same in females.”