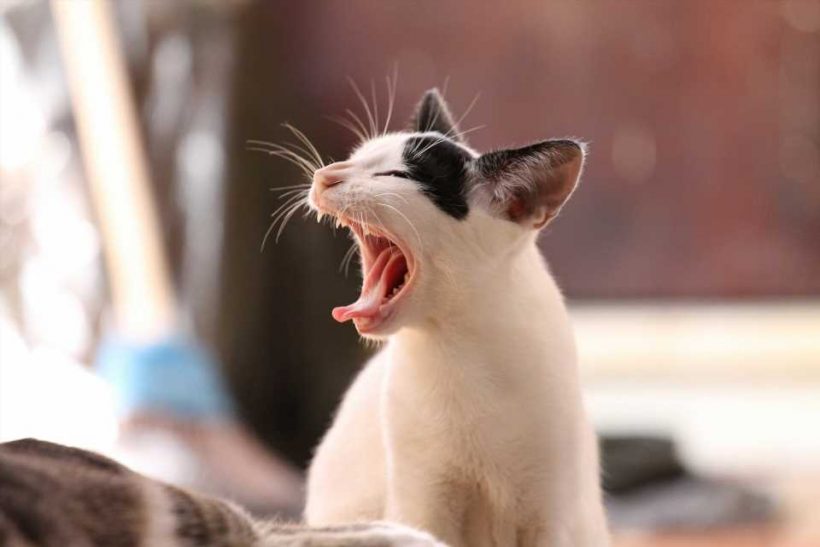 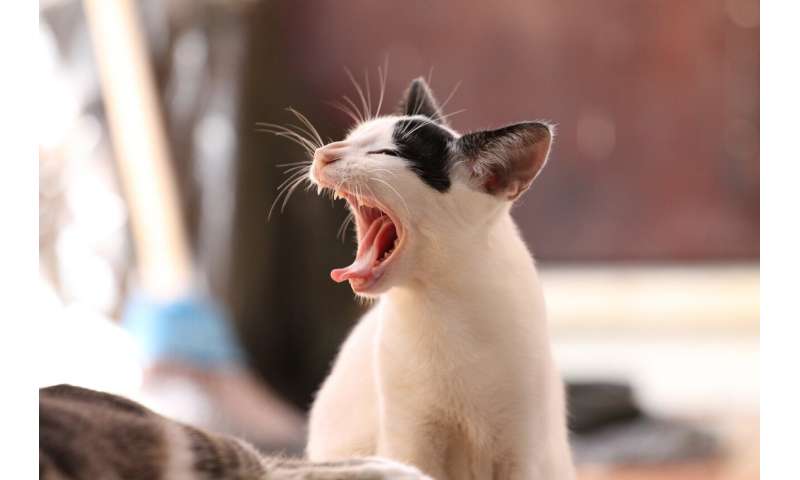 If your cat is being socially distant these days, maybe he’s just trying to protect both of you.

A Chinese study published Wednesday in the journal Science reported that tests of the new coronavirus on domesticated cats, dogs, pigs, chickens, ducks and ferrets found that both cats and ferrets are highly susceptible to the virus. Cats can become infected through airborne transmission. Dogs, however, have a very low susceptibility to the virus.

Susceptibility means that a virus is able to enter a cell.

Specialists in veterinary medicine stressed that the study included very small numbers of cats and dogs, which were injected with much higher levels of the new coronavirus than they would likely encounter in the natural world. They also said it is highly unlikely that a person would become infected from a pet.

“I don’t think that for most people cat-to-human transmission is the most likely way that they would be infected, but I’d be very surprised if this was impossible,” said David O’Connor, a professor of pathology and laboratory medicine at the University of Wisconsin-Madison.

“This is a human disease,” said Jeanette O’Quin, an assistant professor in the Department of Veterinary Preventive Medicine at Ohio State University. “It’s being transferred from person to person. That is our greatest risk.”

Still, the new paper follows a scattering of reports of animals becoming infected with the new coronavirus. Less than a week ago the Bronx Zoo announced that a 4-year-old Malayan tiger, named Nadia, tested positive for COVID-19.

A separate Chinese study reported that after the outbreak began in Wuhan, 14% of cats in the area were found to have antibodies for the virus, O’Connor said.

In Hong Kong, a recent study examined 17 dogs and eight cats taken from households where a human had become sick with COVID-19 or had come in close contact with a confirmed patient. In that group, two dogs tested positive, though one was deemed to be “a weak” positive. The cats were not positive at the most recent testing.

Jane Sykes, a professor of small animal medicine at the University of California, Davis School of Veterinary Medicine, cited a much larger report by a major veterinary laboratory, IDEXX, involving more than 4000 samples taken from dogs, cats and horses. None of the animals showed any evidence of the new coronavirus.

The samples were collected from animals in the U.S. and South Korea during a four-week period, starting on Feb. 14.

“There’s a lot of stress in the world and the human-animal bond is so important,” Sykes said. “We should be enjoying our pets, rather than being fearful of them.”

Sykes and O’Quin both recommended steps people can take to reduce the small risk of the virus passing between people and their pets.

Sykes said that people who have COVID-19 should probably keep the pet in another part of the house and have another person in the household care for it. If there is no one else to care for the pet, the infected person should wear a mask when caring for the pet and wash their hands before and after feeding the animal. She also advised people not to allow a pet to lick them in the mouth.

Although the risk of the virus passing between pets and people “is really low, we should take precautions,” O’Quin said.

If pet owners are quarantining themselves, they should also quarantine their cats inside.