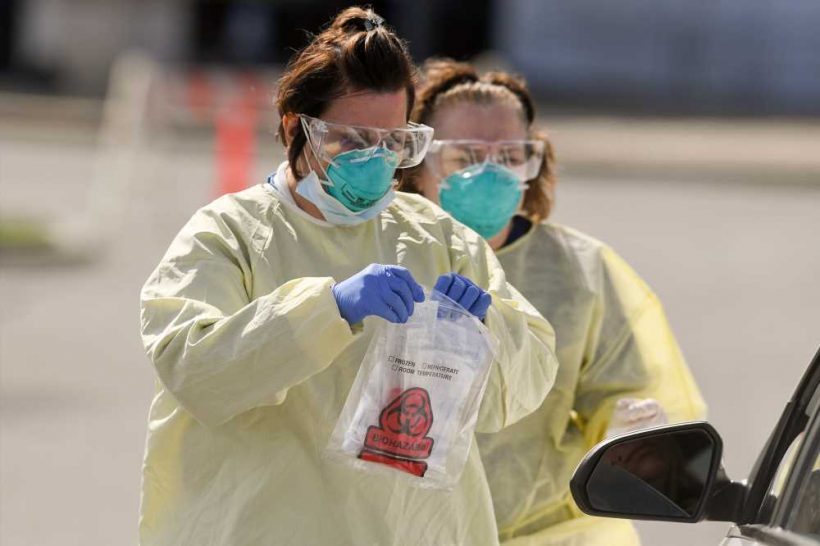 A new type of COVID-19 testing that gives rapid results is coming to CVS and Walgreens.

The test, from Abbott Laboratories, was approved by the Food and Drug Administration on March 27 but is only available in limited quantities, making it highly sought-after as the U.S. continues to struggle to make COVID-19 testing widely available.

Abbott began shipping 50,000 tests a day on April 1, The Washington Post reported, and a portion will go to the two pharmacy chains’ newly-expanded drive-thru testing sites. In the coming days, the two drug store franchises will open up a total of 17 new spots. Both brands made the announcements earlier this week.

CVS has already opened up its two new drive-thrus: one near Providence, Rhode Island and another in Atlanta, Georgia. They also relocated their first location in Massachusetts to the city of Lowell in order to accommodate more people. Each of the CVS sites is expected to perform up to 1,000 tests per day.

Meanwhile, Walgreens said in a press release they are finalizing the launch of 15 more testing sites across seven states: Arizona, Florida, Illinois, Kentucky, Louisiana, Tennessee and Texas. The chain explained they’d be working with the U.S. Department of Health and Human Services (HHS) to determine exactly where the drive-thru locations would be placed, taking into consideration areas with rising COVID-19 cases.

Walgreen’s sites will each be able to test up to 3,000 people per day. President Donald Trump had said on March 13, at the start of the U.S.’s COVID-19 outbreak, that Walgreens and CVS would be one of several companies to offer drive-thru testing to any Americans. However, CVS and Walgreens had only been able to test first responders due to a shortage of tests from the federal government.

The new testing centers will be open to the general public, but prospective patients must qualify for the test, either with a doctor’s note or after filling out an assessment form on either chain’s website verifying that they have COVID-19 symptoms.

All testing is free and by appointment only. Tests are limited to residents of the states in which the testing is performed.

The test can deliver positive results in just five minutes and negative results within 13 minutes, significantly less time than prior tests that had delays of several days.

Like tests before it at other drive-thru locations, the process remains the same for the patient. A sample of nasal secretions will be collected by carefully inserting a swab approximately 1 inch into one’s nasal passage. Patients remain in their vehicle during the test, and while waiting for their results.

“In a pandemic like this, that time is so valuable,” CVS Chief Medical Officer Dr. Troyen Brennan told CNBC. “This is cutting down from seven days to 15 minutes.”

The continued lack of available testing has made it difficult to understand the full scope of the COVID-19 outbreak in the U.S. Dr. Emily Gurley, an infectious disease epidemiologist at the Johns Hopkins Bloomberg School of Public Health, previously told PEOPLE that the new rapid-results tests are encouraging, but “it’s a race, and the virus is way ahead of us.”

Gurley said though, that getting to a point where anyone in the U.S. can get tested is the key to reopening the country.

“If we have quick testing, maybe that’s our way out,” she said.

As of Friday morning, there have been at least 463,619 cases of coronavirus reported in the United States alone, and at least 16,695 related deaths, according to a New York Times database.

As information about the coronavirus pandemic rapidly changes, PEOPLE is committed to providing the most recent data in our coverage. Some of the information in this story may have changed after publication. For the latest on COVID-19, readers are encouraged to use online resources from CDC, WHO, and local public health departments. To help provide doctors and nurses on the front lines with life-saving medical resources, donate to Direct Relief here.