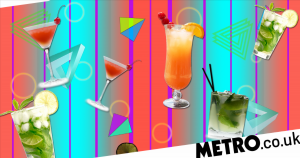 If you’ve been hitting the bottle a little harder than usual during lockdown, you’ve probably devoted some of your new-found free time to looking for a hangover cure. And the chances are, you’ve felt rubbish all day regardless of your findings.

But now scientists believe that certain plant extracts may help to relieve throbbing heads and nausea.

A new study on hangovers has concluded that feeling rough the day after the night before may not actually be down to a loss of electrolytes as previously thought. That means no amount of Barocca or Lucozade is going to save you after eight hours of tequila.

Researchers at the British Medical Journal split 214 healthy adults into three groups and gave them a flavoured, water-soluble supplement 34 minutes before and immediately after giving them beer, white wine or a white wine spritzer.

The average headache was 35% less instense, nausea was 42% less overwhelming and restlessness was down by 41%.

The fact that vitamins and minerals alone didn’t seem to have a big impact suggests that perhaps hangovers aren’t caused by a drop in electrolytes and minerals.

You can buy lots of plant extracts online but given that the supplement industry is notoriously under-regulated, it’s fair to say that what you buy may bear very little resemblance to what was consumed under test conditions.

Let’s hope this research cracks on and they find a definitive cure once and for all.