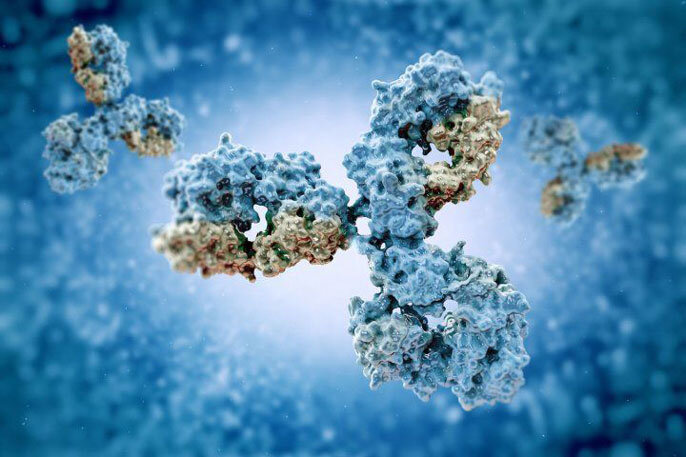 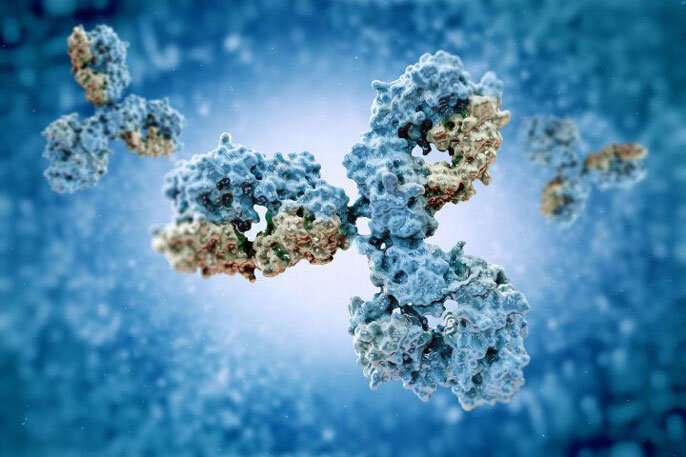 As people around the world try to envision recovery from the COVID-19 pandemic, much attention has been paid to antibody testing as a way to identify people who have developed immunity to the virus.

Perhaps those with antibodies could be given “immunity passports,” allowing health care workers to return to the front lines, and a subset of the population to reopen the economy.

Even as scientists at UC San Francisco and across the world rush to develop and validate antibody tests for the novel coronavirus, they are cautious about how the tests should be used. Too much is still unknown about immunity to COVID-19 and the performance of the tests, they say.

We spoke to three UCSF experts—pathologist Alan Wu, Ph.D.; infectious disease specialist Chaz Langelier, M.D., Ph.D.; and pathologist Jonathan Esensten, M.D., Ph.D.—about how antibody testing works, who it can be most useful for and why we should be cautious.

Antibodies are Y-shaped proteins that bind to specific foreign substances in our bodies, such as SARS-CoV-2, the virus that causes COVID-19. They fight infection by blocking parts of the virus needed to infect a cell or by marking them for destruction by the immune system.

Antibodies are produced by immune cells known as B cells. The incredible range of antibodies we can produce stem from the incredible range of B cells we have. When we are infected with a virus, a small set of B cells recognizes the virus and, over a couple of weeks, with the help of other immune cells known as T cells, they learn to produce stronger and stronger antibodies to the virus. These B cells mature and multiply into factories for antibody production known as plasma cells.

Experts generally believe that if you develop antibodies to the novel coronavirus, then you have at least temporary immunity from reinfection, although they stress that this is still unproven and that the parameters of that immunity are still unknown.

“Everybody wants to be believe that if I have antibodies, I’m immune,” said Wu. “Well, we can’t be certain of that. The antibody test for this virus hasn’t been around long enough to show that nobody can get infected again if they have antibodies.”

Both optimism and caution stem from what we know about other coronaviruses. Studies of the seasonal coronaviruses that cause the common cold have shown that people are protected from reinfection by the same strain for at least a year before immunity wanes. For the SARS and MERS coronaviruses, antibodies appear to persist for several years, but no studies have intentionally attempted to re-infect people, since these are deadly diseases.

For the novel coronavirus, known as SARS-CoV-2, a study in two rhesus macaques that had recovered from the virus found that they could not be reinfected a few weeks later.

“So that experiment tells us that, at least in a non-human primate model, antibody mediated responses likely protect them from recurrent infection,” said Langelier. “What we don’t know is whether that extends completely to humans or not. And we don’t know how long that protection lasts.”

In South Korea, more than a hundred patients have tested positive again after being discharged from the hospital, but it’s not clear that these represent re-infection, or are the result of faulty testing.

Langelier also noted that the strength of the immune response can vary from person to person. A recent, not yet peer-reviewed study of 175 recovered COVID-19 patients found that only 70 percent developed high antibody titers, meaning their blood contained high concentrations of antibodies to the virus, whereas 25 percent had lower titers, and 5 percent had no detectable antibodies.

Humanity bounces from one crisis to another as history shows us. Food waste and climate change are perhaps part of the same crisis. Now, research published in the International Journal of Global Warming suggests that finding secondary uses for food waste might reduce the overall impact of this problem.

Mustafa Özilgen and colleagues at Yeditepe University, in Istanbul, Turkey, explain how the issue is a self-perpetuating problem: “Global warming increases the food waste; in return, the food waste causes further increase in global warming,” they say. Remedies that have been suggested at least for kitchen waste suggest that burning such waste instead of fossil fuels might help. The team has now used thermodynamic calculations to show that food waste from a fast food outlet after compression and drying to produce one tonne of waste could be used to generate 3.5 gigawatts.

They have estimated that all the fruit and vegetable waste in Turkey, including agricultural waste, could produce 7.2 gigajoules of energy each year. Of course, part of the problem of food waste is the plastic and paper packaging and some of this will be a component of the overall dried and compressed material from the food outlets.

“Our analysis indicates that trying to find a secondary use for food waste is not a feasible process, when compared with electric power production via combustion in a Rankine cycle with regeneration,” the team reports. There may well be niche secondary uses for normally inedible fruit peel, vegetable stems, and other unusable plant materials that do not simply involve burning them for energy, but thermodynamically we would benefit more from burning such food waste instead of fossil fuels.

How does antibody testing work?

Currently, the Food and Drug Administration (FDA) has authorized only four antibody tests for COVID-19, but it has also loosened restrictions to allow companies to sell antibody tests that have not been scientifically reviewed by the FDA, as long as the companies validate their own tests and notify the FDA. More than 90 companies now have tests on the market, but it’s not clear how well they work and how they compare to each other.

Antibody tests, also known as serological tests, are nothing new and are commonly used to confirm vaccinations or to monitor infections like HIV. Though methods vary, an antibody test essentially uses an antigen, which mimics a part of the virus, as bait, and has a signal that registers whether antibodies have taken the bait.

Some tests can be done at home with a finger-prick of blood while others require laboratory machines that can run hundreds of samples per hour. Some measure a type of antibody known as IgG, others measure additional types such as IgM and IgA.

At UCSF, several teams are working with companies to validate new SARS-CoV-2 antibody tests by providing blood samples from COVID-19 patients collected throughout the course of their illness. The validation process is essential to help ensure that the tests are sensitive, meaning they identify all the true positives, and specific, meaning they identify all the true negatives. One concern is that some tests may also detect antibodies for other coronaviruses and give a false positive—and false assurance—to someone who does not actually have antibodies for SARS-CoV-2.

Can we go back to work with antibody testing?

With so much still unknown about immunity to COVID-19 and a spate antibody tests that have not been rigorously validated, experts worry that widespread antibody screening may give those who test positive a false sense of security.

“I think that do mass screening is premature,” said Wu. “There needs to be some plan to determine what is the goal and objective of doing such a thing.”

One goal may be to allow health care workers who have antibodies to return to work in high-risk situations. “Certainly understanding whether health care workers have been exposed and may be immune is one of the hopes for antibody testing,” said Langelier. “Unfortunately, we don’t yet know how test positivity correlates with immunity, and there is likely assay to assay variability.”

Experts caution that antibody testing is not meant to diagnose active infections of COVID-19 because antibodies can take many days to develop. A recent study in Nature of patients with mild COVID-10 found that only half developed antibodies by day seven after onset of symptoms, with all patients developing antibodies by day 14.

“I think it’s important to know that early during infection, a negative antibody test does not mean someone is uninfected and that it takes time to develop an antibody response,” said Langelier.

COVID-19 may be more prevalent than we think, but it’s not close to herd immunity

Of course, the advantage of antibody testing is its ability to pick up tell-tale signs of infection long after symptoms have faded and even if the person never showed symptoms. In contrast, diagnostic tests, such as a PCR test, detect viral RNA and work only in the narrow window of time—about two weeks—when the virus is in the body.

“We know that a sizable fraction of people have asymptomatic infections or very mild infections and never get tested. So there’s no way to know they were infected without antibody testing,” said Langelier. Antibody testing could help us see the true prevalence of COVID-19, calculate more accurate mortality rates, and better model the future spread of the disease by showing how many people are still vulnerable to infection.

UCSF is already embarking on seroprevalence studies in certain communities to better understand the spread of COVID-19. Researchers aim to test as many as possible of the 2,000 residents of Bolinas, Calif, over a four-day period and then the 5,700 residents in the Mission District of San Francisco over another four-day period. Residents can voluntarily receive antibody testing as well as diagnostic testing for active COVID-19 infection.

It’s likely that the true prevalence of COVID-19 is many times higher than currently reported through diagnostic testing, but most experts agree that we are far from having enough immunity in the population to quell transmission—known as herd immunity.

“Even if it’s 5 percent immunity, which I think is high, the disease will still be able to spread widely among the 95 percent. We will be nowhere close to herd immunity at that point,” said Esensten.

Moreover, a positive antibody test doesn’t guarantee immunity. “We have not proven that the antibodies that are being produced are in fact neutralizing antibodies,” said Wu. It’s possible, for example, that an antibody may bind to a part of the virus that the virus doesn’t need to infect our cells. In order to be neutralizing, an antibody must prevent the virus from infecting our cells.

Convalescent plasma is a treatment of desperation

Whether we produce neutralizing antibodies will also determine whether we can take antibodies from someone who has recovered from COVID-19 and use them to help someone still fighting the infection. Known as convalescent plasma therapy, this technique has been used since the 19th century to treat infectious diseases including measles, influenza and Ebola. Experimental trials of convalescent plasma therapy for COVID-19 have been done in China, with some anecdotal benefit, and are underway in New York City.

With no proven treatments for COVID-19 and a vaccine still at least a year away, researchers see convalescent plasma as one more avenue of hope. “It’s very, very old and theoretically useful, but it’s not a very well-tested approach,” said Esensten. “I would call convalescent plasma a treatment of desperation, but that’s where we are right now.”

Esensten is currently recruiting convalescent plasma donors for clinical trials planned at Zuckerberg San Francisco General and UCSF. Potential donors include adults who have recovered from COVID-19 and are at least fourteen days from their last symptoms. Volunteers first undergo an antibody test to check for antibodies and a nasal swab to make sure they are no longer infectious. The donation process takes place at a Vitalant blood center and is similar to giving blood except a machine will extract the plasma, the straw-colored component of blood that contains the antibodies, and return the rest of the blood to the donor. Frozen plasma can be stored for up to a year.

Esensten suspects that convalescent plasma may be most effective when given early on in an infection, but this, too, is still untested.