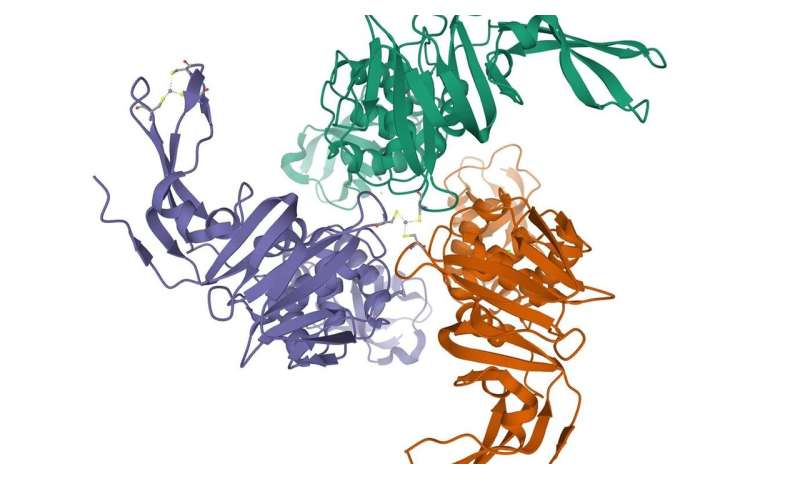 Virtually all of the ways to fight COVID-19 hinge on finding antibodies. These little molecules can latch onto viruses and disable them, but they have to be custom-made for a particular virus.

University of Chicago and Argonne National Laboratory scientists are racing to find and study these antibodies, which are made by humans who have recovered from the virus. Finding these antibodies, and screening for the most effective ones, could be fundamental in creating treatments, vaccines and testing regimens.

Scientists said they were stunned by the speed and strength of the scientific world’s response. “We are working with groups in the U.S., in the U.K., in Italy, in China. I can tell you that people all over the world are trying to help,” said Argonne biologist Andrzej Joachimiak.

UChicago immunologist Patrick Wilson agreed: “It’s really amazing how the research community has come together on this. I’ve never seen anything like it.”

Even as the novel coronavirus spread across Asia and Europe early this year, Wilson was in touch with collaborators who were collecting blood from patients with COVID-19. At the same time, Joachimiak had quickly mobilized to determine the physical shape and structure of the proteins that make up the coronavirus using Argonne’s Advanced Photon Source, a stadium-sized X-ray microscope that allows scientists to see things down to the size of atoms. Both of these gave Wilson’s lab the opportunity to start decoding right away.

Wilson specializes in studying B cells—the white blood cells that contain the master recipe for making antibodies. Working with collaborators across the country, he quickly began to isolate B cells from the patients’ blood that were responding to coronavirus. Once scientists have those B cells, they can copy the DNA and use it to set up a “factory” to produce the antibodies.

The next step is to find out which of these antibodies are most effective against the virus. There are dozens of different places on the virus that antibodies could attack, and in the process of fighting off the disease, each person makes many different types of antibodies—some more useful than others.

Wilson’s lab will do preliminary experiments with pieces of the virus to see how strongly the different antibody candidates latch on. Likewise, Joachimiak’s lab at the Advanced Photon Source will use its X-rays to take “action shots” of the test antibodies locked onto the virus proteins.

With both Joachimiak’s and Wilson’s results, virology labs can do more testing in petri dishes to see which antibodies are most effective against the virus.

Once effective antibodies are in hand, many possibilities will be unlocked. “You could mass-manufacture the most protective antibodies to directly treat patients,” Wilson said. “You’ll also know which areas on the virus are most vulnerable to antibodies, so you can use that to direct searches for vaccines.”

Finally, because antibodies are specific to COVID-19, the tests they use to test antibodies can also be used to test people’s blood for immunity to determine whether someone has already had the virus and recovered.

“With those tests, you would be able to tell who in the community was infected and didn’t know it—the distribution of those people in society. This data is very useful for epidemiologists, who can then make predictive models,” Wilson said. “This gives you a basis for considering questions like whether there will be a second wave, when it might happen, and how bad it might be, based on modeling what’s known about existing immunity.”

Something unique about their work, Wilson said, is that because they have so many proteins from the virus—thanks to Joachimiak’s lab—they’re able to explore parts of the virus that others aren’t focused on. The majority of the vaccine work around the world right now is concentrated on the virus’ distinctive crown-like spikes that give coronavirus its name. But there may be other proteins that are good avenues for vaccines or treatments.

In the shorter term, the proteins also give Joachimiak’s group an opportunity to screen drugs that are already FDA-approved to see whether any of them work against the key enzymes that make up the coronavirus.