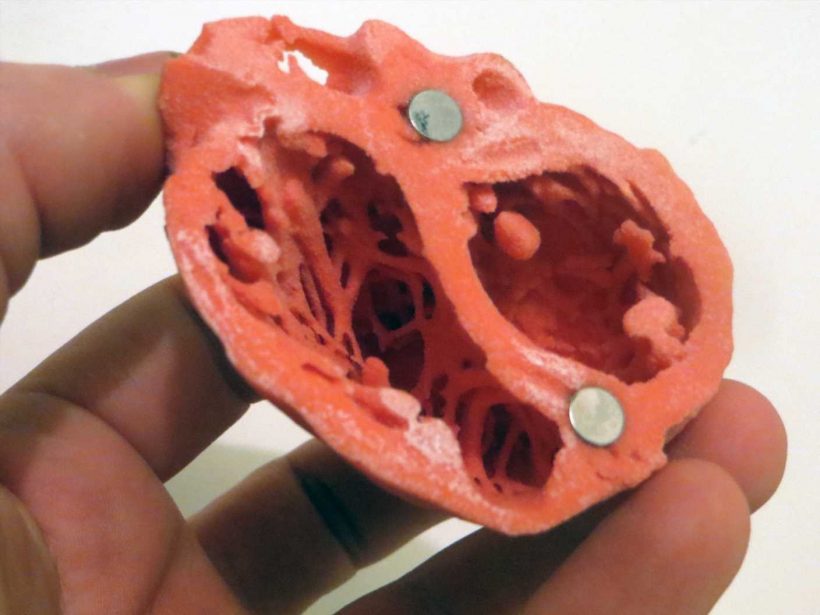 New research from North Carolina State University shows that platelet microparticles are an effective way to deliver therapeutic drugs directly to the heart following a heart attack. This method increases drug concentration at the site and could help heart attack patients reduce side effects from drugs used to aid recovery.

The damage from a heart attack doesn’t stop when the initial event ends. Following a heart attack, inflammatory cells release a protein called Interleukin-1β (IL-1β), which induces an inflammatory response and promotes scarring on the heart over time. IL-1β blocking drugs have shown promise in phase three clinical trials, but they have significant risks and side effects.

“IL-1β seems like the bad guy here, but it is one of the body’s defenses against any outside pathogen—it induces inflammation as a way to kill those invading agents,” says Ke Cheng, Randall B. Terry Jr. Distinguished Professor in Regenerative Medicine at NC State and professor in the NC State/UNC-Chapel Hill Joint Department of Biomedical Engineering.

“So if you create a drug that blocks IL-1β function and deliver it intravenously throughout the patient’s body, you could create more problems than you solve. But if you could somehow target the drug to the heart, it might reduce the risk of side effects and give the patient the therapy they need.”

Platelets—the tiny blood cells that promote blood clotting—have a natural “homing” ability that allow them to locate the site of heart attack damage. Cheng and his colleagues previously demonstrated it was possible to take advantage of this ability by placing platelet membranes on stem cells and nanoparticles for the targeted repair of injured hearts.

In this new work, the team armed platelet-derived microparticles with an IL-1β blocking antibody (the same one tested in the clinical trials) and tested it in a mouse model. Drug concentration in the hearts of mice who received the targeted therapy was about 10 times higher than in those without targeted therapy. Additionally, mice receiving the targeted drug therapy recovered 50% of cardiac function after 70 days, compared to 25% recovery in mice who received the traditional (untargeted) drug application.

“The platelets are effectively giving the drug a piggyback ride directly to the site of the heart attack, delivering a higher concentration where it is needed,” Cheng says. “Hopefully this method will allow doctors to use less of the drug while obtaining the same benefits, and reduce side effects at the same time.”