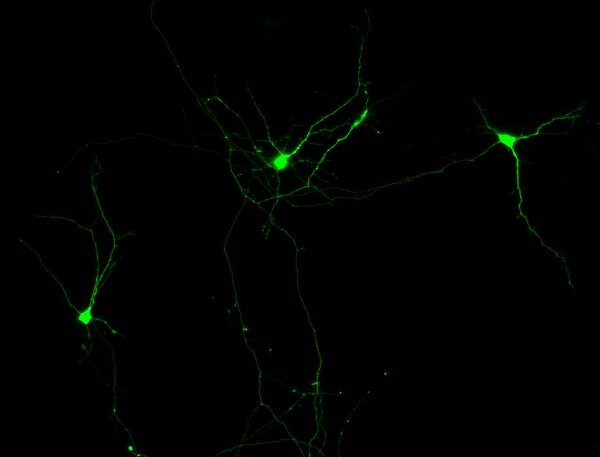 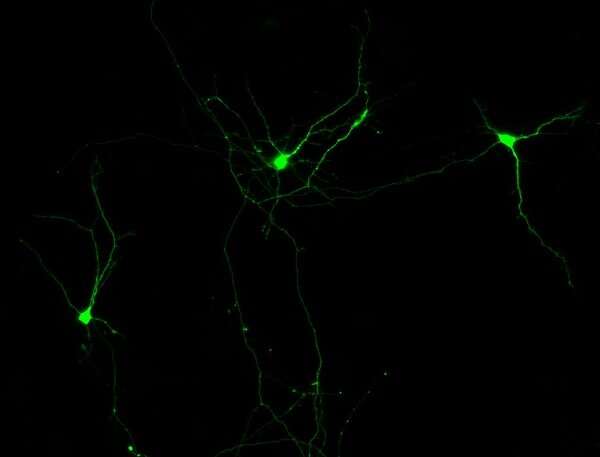 The molecule NCAM2, a glycoprotein from the superfamily of immunoglobulins, is a vital factor in the formation of the cerebral cortex, neuronal morphogenesis and formation of neuronal circuits in the brain, according to new study published in the journal Cerebral Cortex. The deficit of NCAM2 causes an incorrect migration of neurons and alters the morphology, cytoskeleton and functionality of these cells in the central nervous system.

This researchers studied the activity of NCAM2 in the cortex and the hippocampus, brain structures where the function of this factor was so far unknown. The study is led by Eduardo Soriano and Lluís Pujades from the Faculty of Biology and the Institute of Neurosciences of the UB (UBNeuro), the Network Center for Biomedical Research in Neurodegenerative Diseases (CIBERNED) and the Vall d’Hebron Research Institute (VHIR). The first author of the study is the researcher Antoni Parcerisas, member of the above-mentioned centers.

Other participants in this study are the experts from the Catalan Institution for Research and Advanced Studies (ICREA), Institute for Research in Biomedicine (IRB Barcelona), the Barcelona Institute of Science and Technology (BIST), the Spanish National Research Council (CSIC), the August Pi i Sunyer Biomedical Research Institute (IDIBAPS) and the University of California in Davis (United States).

NCAM2: an unknown function in the cortex and hippocampus

The NCAM2 glycoprotein is a cell-adhesion molecule present in all vertebrates and which plays a decisive role in the organization of neuronal circuits in the central nervous system. This factor is largely expressed in the brain –from embryonic phases to adulthood- and specially in the olfactory bulb. Traditionally, all previous studies were focused on the olfactory bulb and proved a key role of the protein in neuronal synapses and neuronal compartmentalization between axons and dendrites. Recent studies described the involvement of NCAM2 in the formation and growth of neurites in cortical neurons, in the loss of synapsis in hippocampal neurons –caused by the amyloid peptide in Alzheimer’s disease- and the proliferation of neuronal progenitors in the spinal cord.

The new study describes for the first time the function of NCAM2 and the observed phenotypes in the development of the cortex and the hippocampus, a highly complex process regulated by many proteins. “In the study we confirm that a loss of NCAM2 creates an incorrect migration and position of neurons –these do not join the corresponding layer- and it also alters the neuronal morphology and the features of the cytoskeleton of nervous cells,” notes researcher Antoni Parcerisas. “In the neuronal phenotype, we see an altered dendritic tree –smaller and with many small and short dendrites- and an axon with more branches. In certain cases, some neurons show problems of neuronal polarization as well.”

An essential factor in the neuronal cytoarchitecture

A new study on brain neurobiology applies several experimental approaches –in vitro and in vivo techniques and live-imaging experiments– to see how neurons evolve. According to the conclusions, the isoform NCAM2.1 interacts direct and indirectly with the cell cytoskeleton and it modulates the dynamics of its components –microtubules and proteins– which are essential for the migration and development process of the neuron.

The loss of NCAM2 would cause the retraction of the existing dendrites and would alter the cell cytoskeleton (lower stability and altered dynamics of microtubule formation). This hypothesis is supported by the fact that when Taxol –chemical agent that boosts microtubule stability- is added, it can reverse the phenotype generated by the loss of NCAM2.

What role does NCAM2 play in neuronal polarization?

The dynamics and organization of cytoskeleton microtubules are essential to maintain the neuronal polarization, which defines the morphological and functional differences between axons and dendrites and enables the transmission of the nervous impulse.

Although the NCAM2 participation pathway is unknown in neuronal polarization processes, “we observed a deficit of NCAM2 leads to the apparition of multiple axonal structures (instead of one axon only, as expected) due to the changes that occur in the dynamics of the neuron cytoskeleton. Therefore, NCAM2 is a necessary factor during the process of neuronal polarization to provide structures with stability and enable the differentiation of a neurite in axon,” notes Parcerisas.

NCAM2 presents an expression pattern which is typical from those proteins involved in neuronal morphogenesis and synaptogenesis. Moreover, the expression pattern of NCAM2 shows changes in cell location depending on the neuronal developmental phases.

“A deficit of this protein at a genomic or protein scale would cause neuronal alterations in several developmental phases. In this context, some genetics note that the loss of NCAM2 could be the origin of cognitive alterations in patients with autism spectrum disorders and neurodevelopmental problems,” note the authors.