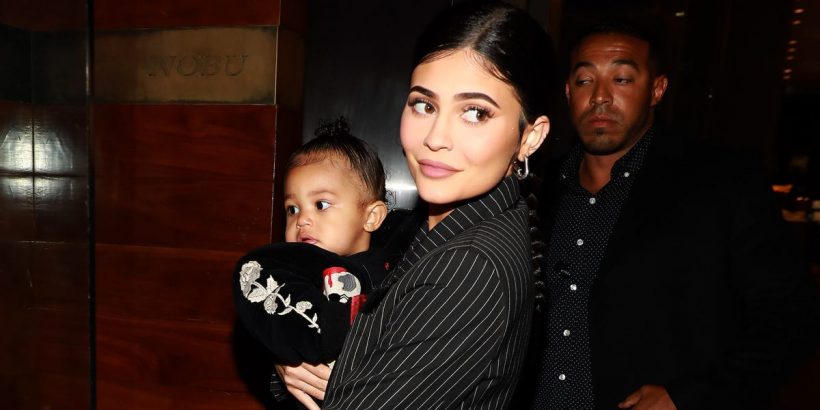 Makeup mogul and reality television star Kylie Jenner may have just cracked the mystery of what toddlers often dream about. It's not toys, mama, or Elmo. It's bagels.

In an interview on Tuesday with Harper's Bazaar, Jenner shared that her 2-year-old daughter, Stormi, loves bagels and is so obsessed with them that she recently woke up in the middle of the night and blurted out, "bagel." Stormi also enjoys fruit, especially blueberries. Most parents of young children can likely relate. During this stage of development, toddlers typically develop an affinity for simple carbs, like breads and crackers.

But a carb-heavy diet isn't cause for concern. They need the energy from those foods to support their growing bodies, experts say.

The Stormi Collection launches in 30 minutes only on KylieCosmetics.com 🦋💜⚡️

Toddlers naturally gravitate to carbohydrates, which are critical for their growth and development

"Kids have an innate penchant for sweet and starchy foods, which is logical from an evolutionary standpoint," Natalia Stasenko, a New York and London-based registered dietitian and child nutritionist, wrote in a piece for Parents. "These foods make an efficient source of fuel for developing bodies and rapidly growing brains."

Carbs help children meet their energy needs, she added, and are attractive even to the pickiest of eaters, because they're easier to chew, than say, a piece of meat or broccoli, and have appealing textures.

Children need twice the amount of glucose, a type of carb, as adults do

The brain's absorption of glucose, a type of carb often found in bread and sweets, peaks during the period of growth between toddlerhood and puberty, when the brain is developing synapses, according to a 2014 study published in the National Academy of Sciences. A child's brain uses twice as much glucose as an adult's brain does and is most needed when a child is about 5.

most wonderful time of the year ✨ thank you @ralphandrusso for the custom dresses.

Still, toddlers also need to balance their diets with fat, protein, dairy, and vegetables, which they may not be as excited about eating.

favorite day of the year ⛈

For parents concerned about children who seem to overload on carbs, Stasenko suggested taking a step back, and evaluating what a child eats over the course of a week or two to get a full understanding of a child's carbohydrate intake.

Instead of limiting carbs, find ways to supplement those foods with added nutrition, Stasenko recommended in a post on her blog,"Feeding Bytes."

That could mean choosing breads that are fortified with iron, calcium and fiber. She also recommends experimenting with nutrient-rich dips and spreads, which contain olive oil, butter, and melted cheese.