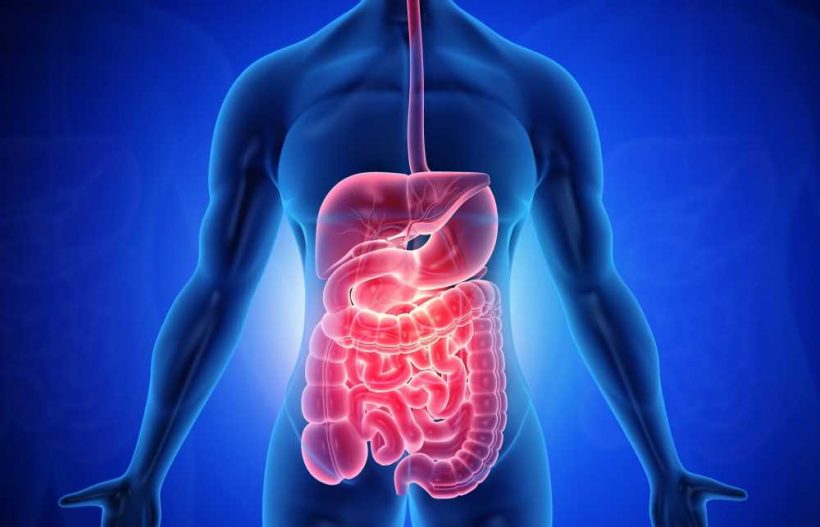 According to a recent study published in Cell Reports, substance P produced by the nociceptors in the gut lining confers protection against inflammation and tissue damage by increasing the number of beneficial microbes.

The findings also highlighted the presence of reduced numbers of nociceptors in inflammatory bowel disease (IBD) patients, along with significant disruptions in the pain-signaling gene expression profile.

The immune system evolved alongside large microbial communities dwelling on barrier sites, known collectively as the microbiota. It is becoming evident that microbial antigens and metabolites constantly interact with the immune system, resulting in microbiota-specific immune responses without inflammation. However, if the microbial population is disturbed, it causes distress and inflammatory disorders.

In the peripheral tissues, such as the gastrointestinal tract, lungs, and skin, pain-sensing neurons transmit environmental signals to the central nervous system.

A nociceptor is a sensory neuron expressing the transient receptor vanilloid 1 (TRPV1) – a non-selective cation channel activated by various stimuli, including capsaicin, heat, and inflammatory mediators. When nociceptors are activated, they release neuropeptides that either increase or inhibit the downstream inflammatory cascade. Nevertheless, there remains considerable uncertainty regarding the role of pain-sensing neurons in inflammatory conditions of the intestine.

The present study investigated the innervation of TRPV1+ nociceptor cells in the intestines of mice and their functioning during homeostasis and inflammation. This study evaluated the vulnerability of TRPV1+ nociceptors in mice injured and inflamed in the intestine by utilizing targeted chemogenetic silencing, adenoviral-mediated colon-specific silencing, or pharmacological ablation.

TRPV1-tdTomato, in conjunction with the pan-neuronal marker βIII-tubulin, was used to identify TRPV1+ nociceptor innervation in the inner lining of the colon at steady state and post dextran sodium sulfate (DSS) exposure, in mice with intestinal injury and inflammation.

A chemogenetic strategy to acutely silence TRPV1‑ nociceptors in vivo by producing TRPV1hM4Di mice in which TRPV1+ nociceptors express the inhibitory designer receptors were exclusively activated.

Mice treated with DMSO or RTX and given a vehicle or a broad-spectrum antibiotic cocktail (ABX), vancomycin, or neomycin were exposed to DSS for five days while illness and recovery were observed daily.

The colon substance P and CGRP levels in mice treated with DSS, DMSO, or RTX. The clinical disease score, colon length, H&E staining, and daily weight loss of the distal colon were used to track the disease and recovery of DSS-treated DMSO- or RTX-treated Tac1/mice.

Limitations of the study

There are significant limitations to this research. Additional metabolomic and transcriptomic research is required to determine the mechanisms underlying the control of Clostridium spp. by TRPV1+ nociceptors. Further research is necessary to differentiate between the DRG and vagus nerve populations, despite the specificity of the chemogenetic modification to colon-innervating TRPV1+ nociceptors.

I am a medical content writer and editor. My interests lie in public health awareness and medical communication. I have worked as a clinical dentist and as a consultant research writer in an Indian medical publishing house. It is my constant endeavor is to update knowledge on newer treatment modalities relating to various medical fields. I have also aided in proofreading and publication of manuscripts in accredited medical journals. I like to sketch, read and listen to music in my leisure time.