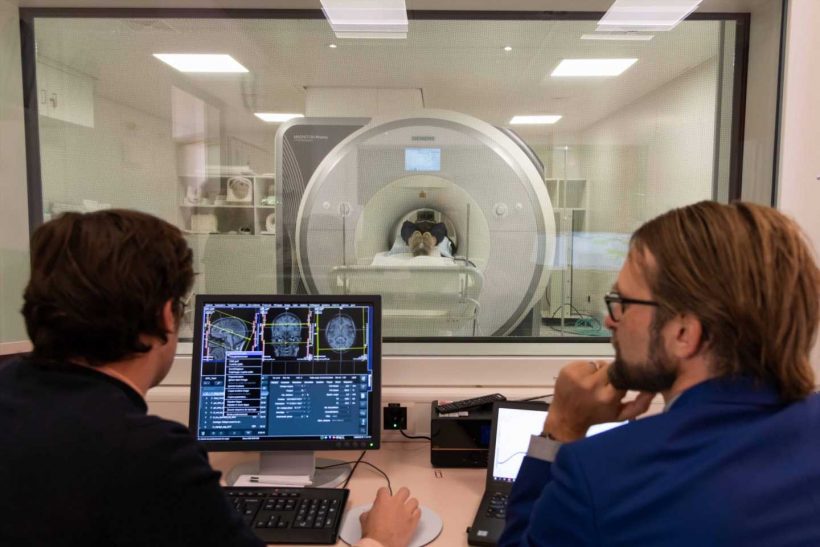 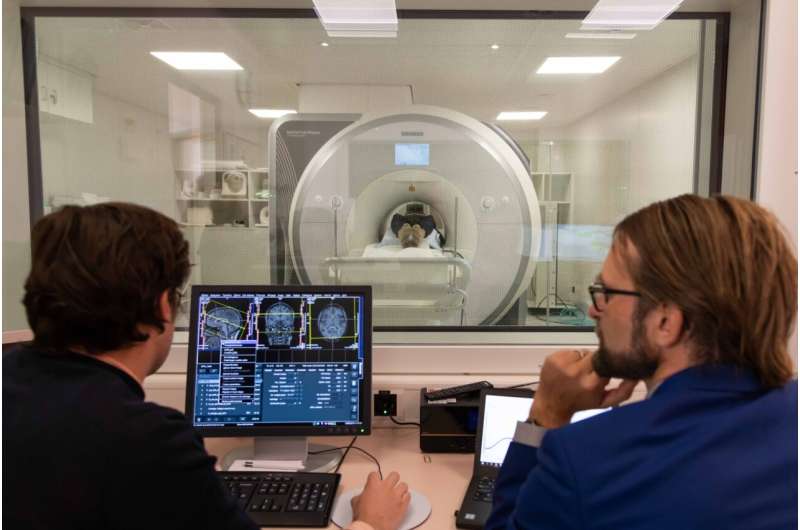 When blood flow to the brain is somehow reduced or restricted, a person can suffer a stroke. Stroke is fairly common; in Europe alone, there are over 1.5 million new cases each year.

Some strokes can be lethal, and when they’re not, they often result in serious damage to the victim’s ability to move. In fact, stroke is one of the major causes of long-term disability today. Recovery can be a long and arduous road. Again, in Europe, under 15% of patients achieve full recovery, leaving 3.7 million patients with persistent impairments. Clearly, this is a medical problem that needs to be addressed.

But rehabilitation is a complicated problem to solve. Strokes can occur in different parts of the brain, affecting different brain systems, and patients who undergo rehabilitation show a ‘heterogeneity in outcome,’ which is the medical way of saying that recovery can vary between individual stroke victims.

“The key is to find the optimal neuro-rehabilitative strategy to maximize individual treatment outcome,” says Professor Friedhelm Hummel, a neuroscientist and Director of the Defitech Chair for Clinical Neuroengineering at EPFL’s School of Life Sciences. “If we want to address these challenges in everyday clinical practice, we have to first enhance our ability to predict the individual courses of recovery” adds Dr. Philipp J. Koch, the study’s first author.

Hummel has now led an international team of scientists into a new approach for outcome prediction that can significantly improve stroke treatment. Publishing in the journal Brain, they demonstrate a predictive method based on two powerful, cutting-edge tools: connectomes and machine learning. 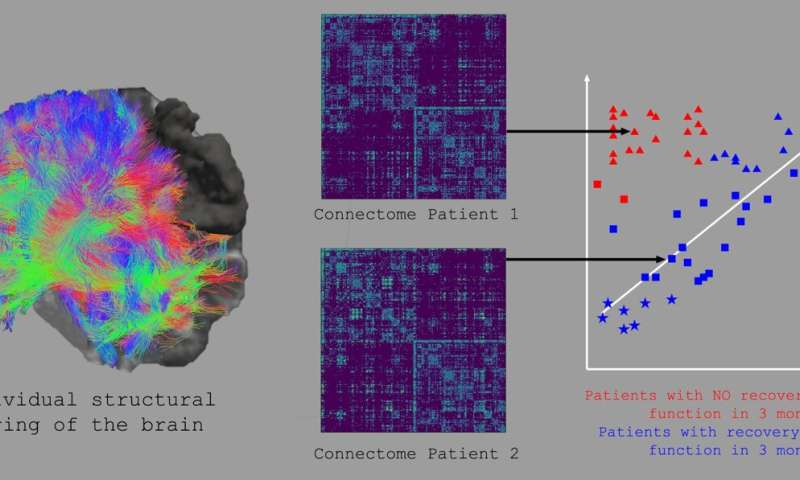 What is a connectome? Simply put, it’s a map of a brain’s wiring. The term itself was coined independently in 2005 by two scientists (one from Lausanne’s University Hospital) to describe the “blueprint” of how a brain’s neurons connect to each other, evoking the concept of the genome—hence, “connectome.”

Connectomes are generated by analyzing multiple images taken from magnetic resonance imaging and reconstructing the brain’s structural or functional wiring non-invasively and in vivo. Today, connectomes are indispensable tools for neuroscientists, especially when they want to interpret structural or dynamic brain data and associate them with functions, functional deficits, or recovery processes. In short, the connectome shows how the brain is wired to control the body and its functions, which makes them important for working out the best recovery approach for a stroke victim.

In the study, Hummel’s group analyzed connectomes from 92 patients two weeks after the stroke, tracking connectome changes up to three months later while assessing motor impairment with a standardized scale. This allowed them to monitor connection changes in the individual brains of the patients while they underwent recovery.

The scientists input the connectome information into a “support-vector machine,” or SVM, which is a type of machine-learning model that uses examples to map an input onto an output. SVMs are particularly useful for classification, where they tell things apart and categorize them appropriately, e.g. spam and non-spam email.

In this study, the researchers trained the SVMs to distinguish between patients with natural recovery from those without based on their whole-brain structural connectomes. The SVMs then defined the underlying brain-network pattern of each patient, focusing on those who were severely impaired to make predictions about their recovery potential, with the accuracy of each prediction cross-validated internally and externally with independent datasets.