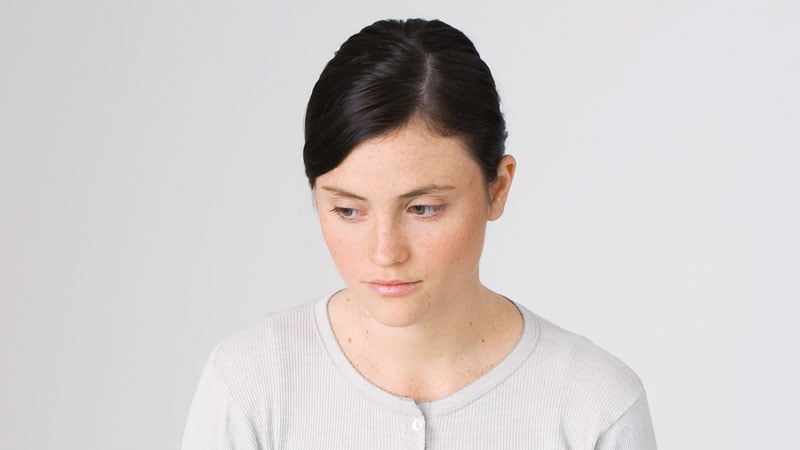 ANAHEIM, CALIF. – A modular digital intervention to teach mental health skills to youth awaiting transfer to psychiatric care appeared feasible to implement and acceptable to teens and their parents, according to a study presented at the American Academy of Pediatrics National Conference.

Mental health boarding has become increasingly common as psychiatric care resources have been stretched by a crisis in pediatric mental health that began even before the COVID pandemic. Since youth often don’t receive evidence-based therapies while boarding, House and her coauthor, JoAnna K. Leyenaar, MD, PhD, MPH, developed a pilot program called I-CARE, which stands for Improving Care, Accelerating Recovery and Education.

I-CARE is a digital health intervention that combines videos on a tablet with workbook exercises that teach mental health skills. The seven modules include an introduction and one each on schedule-making, safety planning, psychoeducation, behavioral activation, relaxation skills, and mindfulness skills. Licensed nursing assistants who have received a 6-hour training from a clinical psychologist administer the program and provide safety supervision during boarding.

“I-CARE was designed to be largely self-directed, supported by ‘coaches’ who are not mental health professionals,” Leyenaar, vice chair of research in the department of pediatrics and an associate professor of pediatrics at Geisel School of Medicine at Dartmouth, Hanover, N.H., said in an interview. With this model, the program requires minimal additional resources beyond the tablets and workbooks, and is designed for implementation in settings with few or no mental health professionals, she said.

Cora Breuner, MD, MPH, a professor of pediatrics at the University of Washington, Seattle, and an attending physician at Seattle Children’s Hospital, was not involved in the study but was excited to see it.

“I think it’s a really good idea, and I like that it’s being studied,” Breuner said in an interview. She said the health care and public health system has let down an entire population who data had shown were experiencing mental health problems.

“We knew before the pandemic that behavioral health issues were creeping up slowly with anxiety, depression, suicidal ideation, and, of course, substance use disorders and eating disorders, and not a lot was being done about it,” Breuner said, and the pandemic exacerbated those issues. “I don’t know why no one realized that this was going to be the downstream effect of having no socialization for kids for 18 months and limited resources for those who we need desperately to provide care for,” especially BIPOC [Black, Indigenous, and people of color] kids and underresourced kids.

That sentiment is exactly what inspired the creation of the program, according to Leyenaar.

The I-CARE program was implemented at Dartmouth Hitchcock Medical Center in November 2021 for adolescents aged 12-17 who were boarding because of suicidality or self-harm. The program and study excluded youth with psychosis and other cognitive or behavioral conditions that didn’t fit with the skills taught by the module training.

The researchers qualitatively evaluated the I-CARE program in youth who were offered at least two I-CARE modules and with parents present during boarding.

Twenty-four youth, with a median age of 14, were offered the I-CARE program between November 2021 and April 2022 while boarding for a median 8 days. Most of the patients were female (79%), and a third were transgender or gender diverse. Most were White (83%), and about two-thirds had Medicaid (62.5%). The most common diagnoses among the participants were major depressive disorder (71%) and generalized anxiety disorder (46%). Others included PTSD (29%), restrictive eating disorder (21%), and bipolar disorder (12.5%).

All offered the program completed the first module, and 79% participated in additional modules. The main reason for discontinuation was transfer to another facility, but a few youth either refused to engage with the program or felt they knew the material well enough that they weren’t benefiting from it.

The evaluation involved 16 youth, seven parents, and 17 clinicians. On a Likert scale, the composite score for the program’s appropriateness – suitability, applicability, and meeting needs – was an average 3.7, with a higher rating from clinicians (4.3) and caregivers (3.5) than youth (2.8).

“Some youth felt the intervention was better suited for a younger audience or those with less familiarity with mental health skills, but they acknowledged that the intervention would be helpful and appropriate for others,” House, who is also an assistant professor of pediatrics at Geisel School of Medicine, said.

“Teens seem to particularly value the psychoeducation module that explains the relationship between thoughts and feelings, as well as the opportunity to develop a personalized safety plan,” Leyenaar said.

Among the challenges expressed by the participating teens were that the loud sounds and beeping in the hospital made it difficult to practice mindfulness and that they often had to wait for staff to be available to do I-CARE.

“I feel like not many people have been trained yet,” one teen said, “so to have more nurses available to do I-CARE would be helpful.”

Another teen regarded the material as “really surface-level mental health stuff” that they thought “could be helpful to other people who are here for the first time.” But others found the content more beneficial.

“The videos were helpful. … I was worried that they weren’t going to be very informative, but they did make sense to me,” one participant said. “They weren’t overcomplicating things. … They weren’t saying anything I didn’t understand, so that was good.”

The researchers next plan to conduct a multisite study to determine the program’s effectiveness in improving health outcomes and reducing suicidal ideation. House and Leyenaar are looking at ways to refine the program.

“We may narrow the age range for participants, with an upper age limit of 16, since some older teens said that the modules were best suited for a younger audience,” Leyenaar said. “We are also discussing how to best support youth who are readmitted to our hospital and have participated in I-CARE previously.”

Breuner said she would be interested to see, in future studies of the program, whether it reduced the likelihood of inpatient psychiatric stay, the length of psychiatric stay after admission, or the risk of readmission. She also wondered if the program might be offered in languages other than English, whether a version might be specifically designed for BIPOC youth, and whether the researchers had considered offering the intervention to caregivers as well.

The modules are teaching the kids but should they also be teaching the parents? Breuner wondered. A lot of times, she said, the parents are bringing these kids in because they don’t know what to do and can’t deal with them anymore. Offering modules on the same skills to caregivers would also enable the caregivers to reinforce and reteach the skills to their children, especially if the youth struggled to really take in what the modules were trying to teach.

Leyenaar said she expects buy-in for a program like this would be high at other institutions, but it’s premature to scale it up until they’ve conducted at least another clinical trial on its effectiveness. The biggest potential barrier to buy-in that Breuner perceived would be cost.

“It’s always difficult when it costs money” since the hospital needs to train the clinicians who provide the care, Breuner said, but it’s possible those costs could be offset if the program reduces the risk of readmission or return to the emergency department.

“There’s always risk when there’s a trauma background, and you have to be very careful, especially with mindfulness training,” Breuner said. For those with a history of abuse or other adverse childhood experiences “for someone to get into a very calm, still place can actually be counterproductive.”

Breuner especially appreciated that the researchers involved the youth and caregivers in the evaluation process. “That the parents expressed positive attitudes is really incredible,” she said.

House, Leyenaar, and Breuner had no disclosures. No external funding was noted for the study.