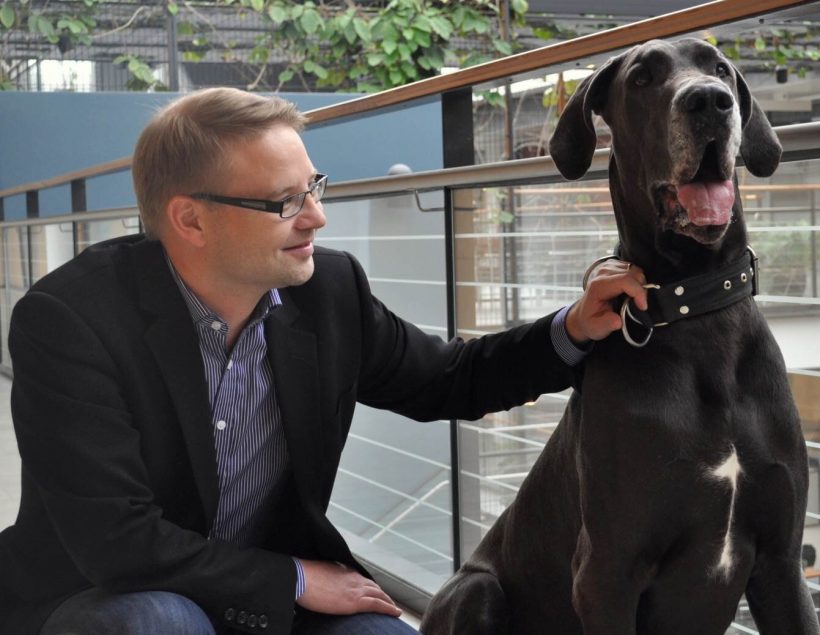 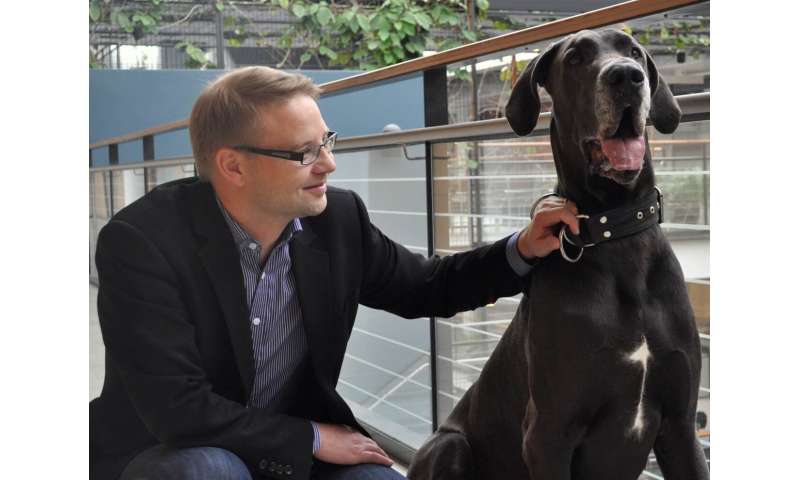 Professor Hannes Lohi’s research group at the University of Helsinki has identified a new genomic region and anxiety-related candidate genes associated with fearfulness in dogs. Findings support their hypothesis that fearfulness and anxiety are hereditary traits in dogs, and there may be shared factors underlying anxiety in both humans and dogs

For the purposes of the study, carried out by Professor Hannes Lohi’s research group and published in the Translational Psychiatry journal, data from a total of 120 Great Danes was collected. The Great Dane breed is among the largest dog breeds in the world.

The project was launched after a number of Great Dane owners approached the research group to tell them about their dogs’ disturbing fearfulness towards unfamiliar human beings in particular.

“Fear in itself produces a natural and vital reaction, but excessive fear can be disturbing and results in behavioural disorders. Especially in the case of large dogs, strongly expressed fearfulness is often problematic, as it makes it more difficult to handle and control the dog,” says Riika Sarviaho, Ph.D. from the University of Helsinki.

In dogs, behavioural disorders associated with anxiety and fearfulness include generalised anxiety disorder and a range of phobias. Fear can be evidenced, for example, as the dog’s attempt to flee from situations they experience as frightening. At its worst, fear can manifest as aggression, which may result in attacks against other dogs or humans.

“Previous studies have suggested that canine anxiety and fearfulness could correspond with anxiety disorder in humans. In fact, investigating fearfulness in dogs may also shed more light on human anxiety disorders and help understand their genetic background,” Professor Lohi explains the broader goal of the study.

The study utilised a citizen science approach as the dog owners contributed by completing a behavioural survey concerning their dogs, in which the dogs received scores according to the intensity of fear. Through genetic research, a genomic region associated with fearfulness was identified in chromosome 11. The analysis was repeated by taking into consideration the socialisation carried out in puppyhood, or the familiarisation of the dogs with new people, dogs and situations. The re-analysis reinforced the original finding.

“In the case of behavioural studies, it’s important to keep in mind that, in addition to genes, the environment has a significant impact on the occurrence of specific traits. For dogs, the socialisation of puppies has been found to be an important environmental factor that strongly impacts fearfulness. In this study, the aim was to exclude the effect of puppyhood socialisation and, thus, observe solely the genetic predisposition to fearfulness,” says Sarviaho.

The genomic region was studied in more detail also with the help of whole genome sequencing, but, so far, the researchers have not succeeded in identifying in it a specific gene variant that predisposes to fearfulness.

A genomic region in humans corresponding with the one now associated with canine fearfulness is linked to a rare syndrome, which causes both neurological symptoms and, among other things, accelerated growth in childhood.

“Research on the topic is only at the early stages and findings have to be carefully interpreted, but it’s interesting to note, when focusing on a particularly large dog breed, that the genomic region associated with fearfulness appears to have a neurological role as well as one related to growth,” Sarviaho adds.