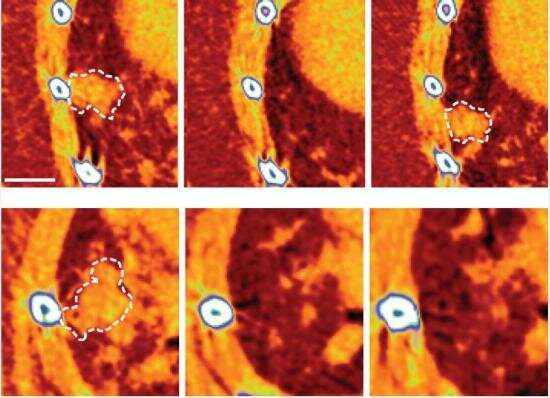 A drug that is well-tolerated in patients and prevents cancer coming back in mice has been identified by researchers at the Francis Crick Institute.

One of the biggest challenges in cancer research is preventing cancer returning in patients who have already had treatment. A reason for these relapses is that some cancer cells survive and are able to grow into a new tumour.

As part of the study published in Nature Communications, researchers showed that an experimental drug, Quisinostat, could stop tumour re-growth after initial treatment in live mice, and prevent expansion of surviving human cancer cells in culture.

The drug works by increasing the amount of a protein called histone H1.0 within the tumour cells. This protein stops the cancer cells from replicating and so the tumour from growing.

When the team tested the drug on tumours in mice, it halted tumour growth. And, when it was tested on cells taken from patients with breast, lung or pancreatic cancer, the cancerous cells were trapped in a non-dividing state.

The researchers hope that if proven to be effective in further tests and clinical trials, this drug could be given to patients after treatment to prevent any cancerous cells left behind from driving disease relapse. Importantly, the effect of Quisinostat does not depend on how cancer cells survived treatment, something that varies from patient to patient, and across cancer types, and could have a potentially broad therapeutic benefit.

Cristina Morales Torres, lead author and Principal Laboratory Research Scientist in the Cancer Epigenetics Laboratory at the Crick, says: “This drug works by disabling the cells that fuel long-term cancer growth and drive disease relapse. These early findings even suggest it may be more effective than commonly used drugs that inhibit tumour growth.

“Further research is still needed to confirm whether this drug could prevent cancer coming back in people or if it could be used to control someone’s disease long term.”

Paola Scaffidi, co-author and Group Leader of the Cancer Epigenetics Laboratory at the Crick and Professorial Research Associate at the UCL Cancer Institute, says: “Just like stem cells that continuously produce progeny to keep our normal tissues healthy, cancer cells grow, divide and use energy. That’s why finding a potential drug that halts tumour growth without hurting normal cells has been a challenge. Excitingly, with Quisinostat, we’ve seen no harm to healthy stem cells in our initial studies.”