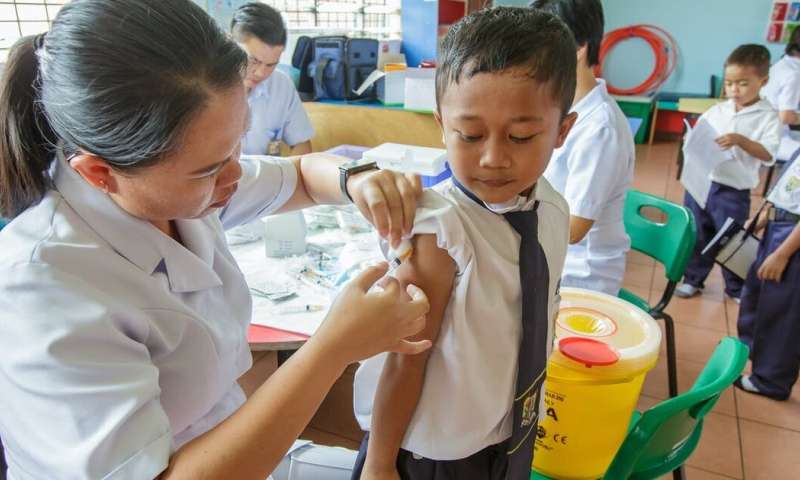 The race is on to develop a vaccine that can protect us from the COVID-19 pandemic. An impressive 115 vaccine candidates are currently being investigated, but it is still many months before a vaccine might be approved.

We already have hundreds of licensed vaccines for over 25 different viruses and bacteria that infect humans. We can protect ourselves against infections ranging from cholera to rabies. The common aim of all vaccines is to induce an immune response that prevents future disease. Is it possible that one of these existing vaccines could also induce protection against SARS-CoV-2, the virus causing COVID-19?

Repurposing drugs is a popular strategy for treating COVID-19, as exemplified by the many trials using the Ebola drug remdesivir, or the antimalarial drug hydroxychloroquine. If an already-approved vaccine could reduce the severity of COVID-19, this would be really good news.

The BCG vaccine has received recent attention for being a widely used vaccine that may help control COVID-19. A handful of studies identified an interesting association between the severity of COVID-19 in a country and how many of the population were vaccinated with BCG. The BCG vaccine apparently reduces the damage caused by COVID-19.

What is the BCG vaccine? Over the past century, this vaccine has protected millions of people from tuberculosis (TB). The vaccine was developed in France by Albert Calmette and Camille Guérin, who took a strain of bacteria called Mycobacterium bovis, weakened it and called it Bacille Calmette Guérin, hence BCG.

Mycobacterium bovis is better known as the cause of bovine TB. This is a scourge that results in the culling of thousands of cattle every year in the UK. The BCG vaccine is a great example of how a harmful veterinary pathogen has been used to benefit humanity. The cattle bacterium is clearly very different to the human virus SARS-CoV-2 though, so the perceived benefits of the BCG vaccine are believed to be due to its ability to give the immune system an overall boost.

In response to the articles claiming a positive benefit for the BCG vaccine in reducing COVID-19 severity, there is now an equal number of reports that dismiss these findings.

It is apparent that in the initial studies there were many flimsy assumptions; we know that vaccine uptake rates are often inaccurate and countries are calculating case-fatality rates differently. There are also plenty of confounding factors that get in the way of drawing sound conclusions, such as population density, average age and SARS-CoV-2 testing rates.

Vaccination uptake figures for all vaccines across a single country are often fairly similar. It has been proposed that the association with COVID-19 and the BCG vaccine is actually reflective of another vaccine mediating protection.

Scientists from the University of Cambridge have suggested that the vaccine against measles, mumps and rubella (MMR) could be helping drive a protective immune response against SARS-CoV-2. MMR is typically given to all infants from nine months of age, so this hypothesis would fit nicely with the observation that children seem to be remarkably resistant to COVID-19.

Analysis of the structure of key proteins in measles, mumps and rubella viruses has shown that there is some unexpected similarity with certain proteins in SARS-CoV-2. In particular, the “spike protein” of SARS-CoV-2 is 20% comparable to the measles “fusion protein.” It isn’t known whether this is close enough to drive a cross-reactive immune response, but this is likely to be the focus of future research.