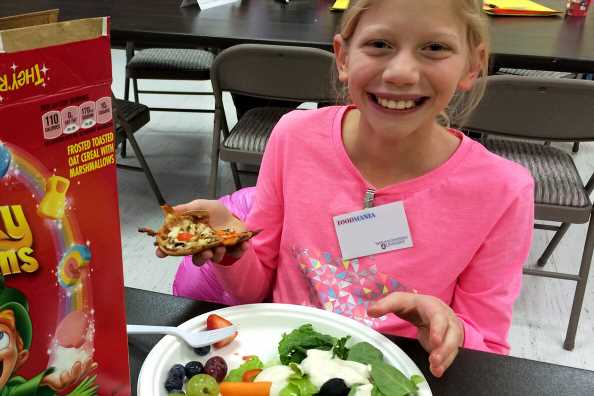 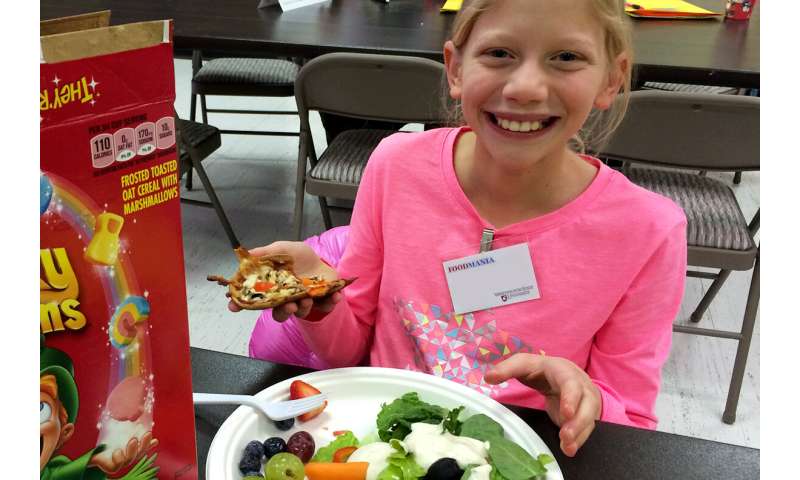 During this pandemic when few parents can limit screen time, a new study shows that building critical media skills as a family can have a positive impact on kids’ nutrition without restricting their access to TV and computers.

The study, published in the journal Childhood Obesity on April 20, found that an education program that had parents and kids learn media literacy skills together not only helped children eat more fruits and vegetables but also improved communication between parents and their kids.

“We weren’t trying just to get children to stop nagging their parents for things like candy and chips,” said Erica Weintraub Austin, lead author on the study and director of the Edward R. Murrow Center for Media and Health Promotion Research at Washington State University. “We wanted them to be working together to make healthy decisions, and for the children to be well positioned for the future when they have to make those decisions on their own.”

The study tested the impact of a community program called FoodMania! with nearly 200 sets of parents and their children ages 9 to 14, who came from three urban and two rural counties in Washington state. Over the course of the six-unit education program, parents and kids learned about good nutrition and worked together to uncover the methods and intent behind food advertising. The program’s goal is to help families recognize marketing techniques, so they can make food choices based on real information instead of being manipulated, Austin said.

Pre- and post-tests were compared between parent and child sets who participated in the media literacy program through WSU Extension offices and a control group that did not. Austin and her colleagues found that among the participants: the parents improved their use of nutrition labels, they had a better ratio of healthy to unhealthy foods in their home, and the children reported eating more fruits and vegetables.

The biggest effect, however, was in family communication around food both with parents teaching kids critical thinking about media messages and children initiating conversations with their parents on the topic.

“Managing food and media together seemed to create opportunities for an overall supportive communication environment in the family,” Austin said. “Children really like to know that their views are valued. It is really motivating for them when they can find out about something on their own instead of being lectured to.”

While media use has been linked to obesity in children, the study purposely concentrated on promoting media literacy, rather than restricting media. Austin said limiting screen time is difficult and does not solve the problem because children are surrounded by food marketing.

“From the time they are infants, children are marketed to,” Austin said.

Developmentally, children lack many of the critical skills of adults. First, they have to understand the difference between a program and an advertisement, and then at another level to realize there’s a persuasive intent behind an advertisement that is not necessarily for their benefit—a realization, Austin said, that is not often fully developed until the preteen years.