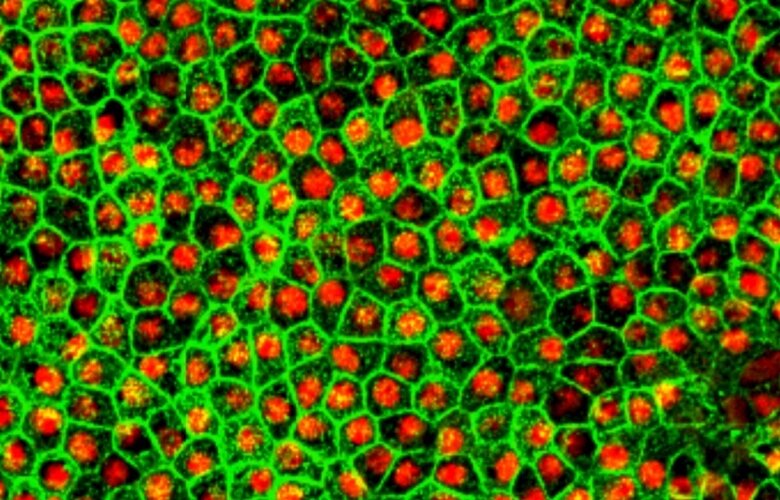 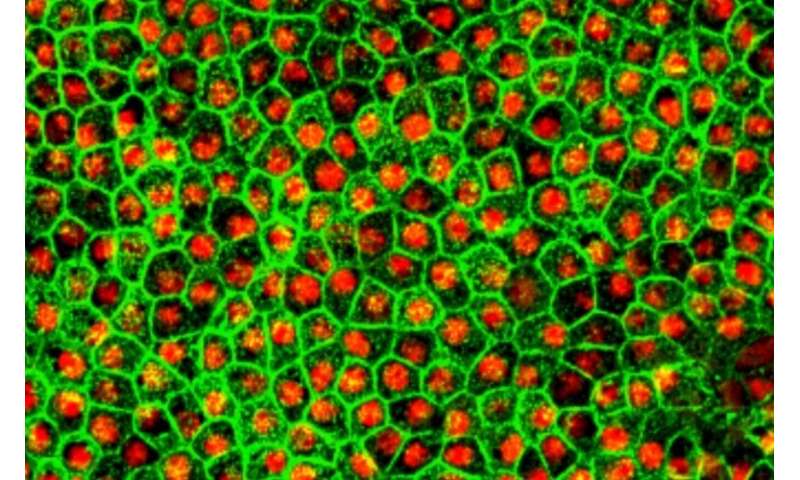 Researchers at Karolinska Institutet and St Erik Eye Hospital in Sweden have discovered a way to refine the production of retinal cells from embryonic stem cells for treating blindness in the elderly. Using CRISPR/Cas9 gene editing, they also modified the cells so that they can hide from the immune system to prevent rejection. The studies are published in the scientific journals Nature Communications and Stem Cell Reports.

Age-related macular degeneration of the eye is the most common cause of blindness in the elderly. This loss of vision is caused by the death of the photoreceptors (the rods and cones) resulting from the degeneration and death of the underlying retinal pigment epithelial (RPE cells), which provide the rods and cones vital nourishment. A possible future treatment could be to transplant fresh RPE cells formed from embryonic stem cells.

Working with colleagues at St Erik Eye Hospital, researchers at Karolinska Institutet have now found specific markers on the surface of the RPE cells that can be used to isolate and purify these retinal cells. The results are published in Nature Communications.

“The finding has enabled us to develop a robust protocol that ensures that the differentiation of embryonic stem cells into RPE cells is effective and that there is no contamination of other cell types,” says principal investigator Fredrik Lanner, researcher at the Department of Clinical Science, Intervention and Technology and the Ming Wai Lau Center for Reparative Medicine at Karolinska Institutet. “We’ve now begun the production of RPE cells in accordance with our new protocol for the first clinical study, which is planned for the coming years.”

One obstacle when transplanting tissue generated from stem cells is the risk of rejection, which occurs if transplantation antigens of the donor and patient tissue differ. Research groups around the world are therefore working on creating what are known as universal cells, which ideally will not trigger an immune response.

In a study published in Stem Cell Reports the same group at Karolinska Institutet created embryonic stem cells able to hide from the immune system. Using CRISPR/Cas9 gene editing, they removed certain molecules, HLA class I and class II, which sit on the surface of the stem cells as a means by which the immune system can identify them as endogenous or not. The stem cells lacking these molecules were then differentiated into RPE cells.

The researchers have been able to show that the modified RPE cells retain their character, that no harmful mutations appear in the process and that the cells can avoid the immune system’s T cells without activating other immune cells. The rejection response was also significantly less and more delayed than after the transplantation of regular RPE cells, the surfaces of which still possess HLA molecules.