Orgasms manifest differently for everyone — they may feel different, last for different durations and affect us in a wealth of different ways. In fact, they may even derive from different pleasure points. And some people aren’t even particularly wild about the feeling.

There’s a plethora of possible orgasms a person may be able to achieve if that is indeed their intention. It’s important to note, however, that though a variety of orgasms exist, they’re neither feasible for nor necessarily appealing to all people — and that’s OK. Here, we’ll be focusing on orgasms for people who have a vagina and clitoris — not all of whom identify as women.

“If you don’t have certain types of orgasms, it doesn’t make you less capable of pleasure, and it doesn’t make you less of a woman,” Gigi Engle, certified sex coach, sex educator with The Alexander Institute and pleasure professional at O.School, tells SheKnows. “People experience pleasure and sexuality in such a variety and myriad of ways; whatever brings you pleasure is the most valid. It’s just important to have information so you have the tools you want or need for however you choose to explore your own sexuality… Because let’s be clear: Your body is amazing.”

Engle adds that putting pressure on yourself to achieve orgasm may actually have the opposite effect. Your narrative should focus on experiencing sexual pleasure in and of itself as opposed to reaching orgasm, which she calls a “happy byproduct.”

Regardless of how you choose to explore your sexuality, Engle reiterates a common misconception that achieving orgasm denotes the culmination of a sexual experience — that the goal of sex is always to orgasm and, if it doesn’t happen, the sexual experience was incomplete or invalid or that you or your partner didn’t perform well. “Sex should be about bringing your partner pleasure, bringing yourself pleasure and enjoying that intimate experience as opposed to seeing it as goal-oriented,” she explains.

Certified sexologist Barbara Carrellas adds that if you do want more or different orgasms, you should practice alone first so you can effectively communicate with your partner.

“Your partner is not responsible for your orgasms — you are,” she says. “The better you know your body, the more you’ll be able to bring yourself to orgasm with their help… Just don’t try so hard. Release your expectations about what an orgasm is ‘supposed’ to be like. Release your assumptions about how an orgasm happens. If it feels good, do it; if it doesn’t feel good, stop. If it works for you, do it; if it doesn’t, try something else. There is no ‘normal.’ Everything is ‘normal.’”

And most of all, remember that these are only possibilities to explore if you’re curious and comfortable. To each their own, always. With that said, here are six little-known potential byproducts of sexual pleasure you may or may not want to take a crack at some time.

A version of this story was published October 2018. 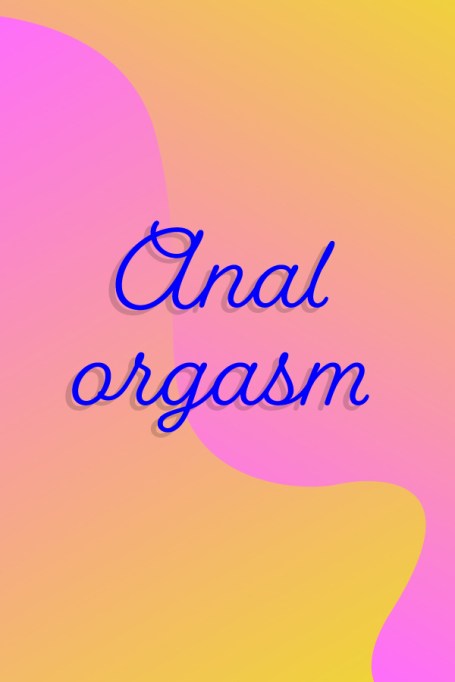 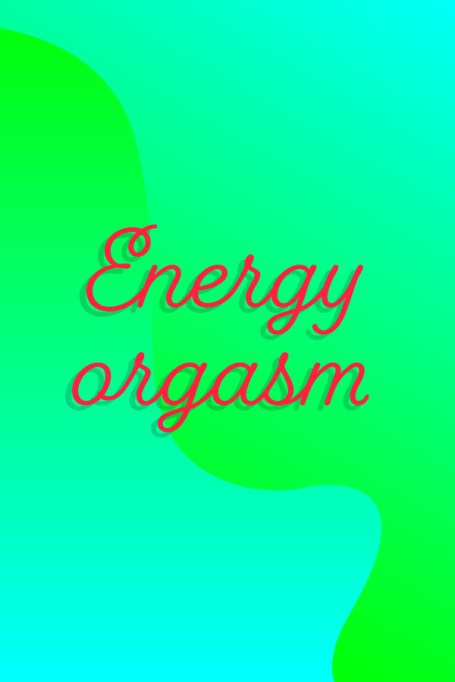 What happens during an energy orgasm is unique. An energy orgasm releases accumulated tension in both the body and mind and sometimes connects to the spirit according to Carrellas. Carrellas coaches individuals and groups in tantra workshops that cover conscious sexuality. She’s also authored three books on the subject.

“An energy orgasm is the kind of orgasm we experience when we suddenly release stored-up tension and energy,” she says. “In many ways, it's similar to the physical volcanic orgasm [characterized by a quick buildup, a rapid release and a cool-down] with a major exception — it does not feel as localized. It is still a genital orgasm, but afterward, you feel as though the tension has been drained out of your arms and legs. Your hands and fingers may tingle. Your chest feels more open, and you can breathe more easily and deeply. The relaxation is profound and satisfying.”

That said, while orgasms are seldom observed outside the realm of sexual activity, an energy orgasm is limited to neither sex nor any kind of physical stimulation. Rather, an energy orgasm will flow out to the “limits of your body and beyond,” Carrellas says.

“You may feel boundaryless, as if you can’t tell where you end and everything else begins,” she explains. “You may feel as if you are in a sort of alternate universe where everything is beautiful, quiet and peacefully connected. Your orgasm is happening everywhere and nowhere, and it may go on and on. Afterward, you may feel energized or you may feel peaceful and blissed-out.”

In fact, Corey Folsom, a certified tantric educator at the Source School of Tantra Yoga, says that energy is a more effective facilitator of orgasm than friction.

“We are learning to have energy sex in combination with friction sex,” he tells SheKnows.

On top of Engle’s example of an energy-friction combo, Folsom calls out a “heart orgasm” in particular, which he says can be initiated from a pure energy exchange between partners (read: eye-gazing). 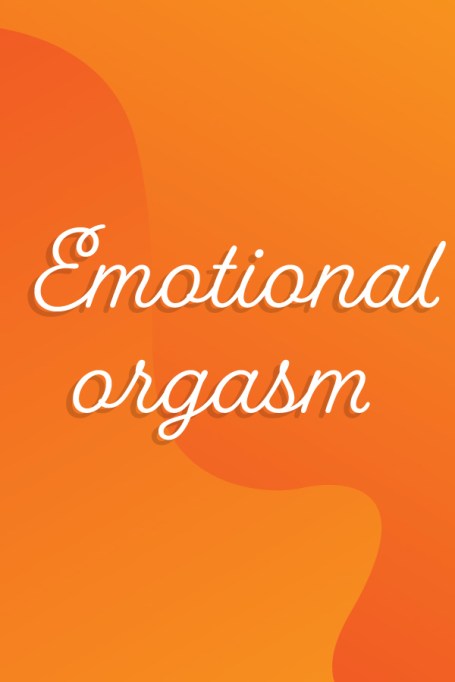 “Emotion-gasms are ‘total’ experiences; you allow your body to express its emotions without trying to stifle them,” she says.

Have you ever laughed so hard you thought you might actually die of laughter? Carrellas explains that in that instance, your diaphragm spasmed, and you could barely get a breath. When you finally did get a big breath and you eventually stopped laughing, she says the feeling could be similar to that of an orgasm.

How about cry-gasms? According to Carrellas, this can describe that feeling of release and relief after a good cry. Or anger-gasms? Have you ever let yourself release years of rage in one long rage-gasm? “The physiological ingredients of an emotion-gasm are the same as a genital orgasm,” she explains.

Emotion-gasms don’t depend on any particular emotion, Carrellas adds. To reach an emotion-gasm requires a degree on concentration, however. And that concentration can be centered on nonsexual feelings or eroticism alike. 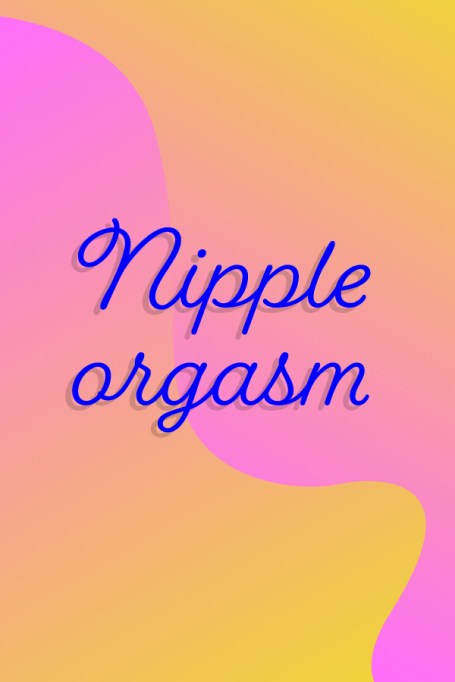 Nipples are well-known erogenous zones, but that women may have the ability to reach orgasm through intentional stimulation isn’t such common knowledge. A wealth of research dating back to the early ’50s, like one published in 2011 in the journal Sexual and Relationship Therapy, suggests that nipple stimulation can indeed lead to orgasm.

“A nipple orgasm takes a lot of trust with your partner and a lot of patience and empathy because it can be a very emotionally intense and kind of nerve-wracking way to have an orgasm,” Engle says. “Women already have enough pressure on themselves as it is to have an orgasm. So if you’re trying to have one in an unusual way, it may not work for you unless you’re with someone you trust and have that intimacy.”

So how can a nipple orgasm happen? The body’s biggest sex organ is the brain, Engle explains, and all nerve endings, both from the nipples and the genitals, connect in the brain.

“Your nipples, especially, because they’re a specific erogenous zone, have a direct nerve ending that connects to the clitoral network,” Engle explains. “When you stimulate the nipples, you’re sending these connections to the clitoris.”

“No matter where in the body an orgasm may be triggered, all orgasms ultimately happen in the brain, and in different areas of the brain,” Carrellas adds. “Neurologically, orgasm seems much like meditation in that the areas of the brain that are activated depend in part upon what kind of stimulus brought us to the state of meditation or orgasm.”

Folsom adds that adopting a meditative — or rather, tantric — attitude can actually help you feel arousal on deeper levels.

“When we tune up our bodies and the practice of attention, we can have more varied orgasms — these include waves of pleasure that emanate from nipples, heart, G-spot…” he says. “The feeling in any of these pleasure centers can be transmuted into the crown chakra, resulting in a ‘pleasure wash’ in your brain. This replicates the pleasure that what we usually associate with our genitals inside our head.” 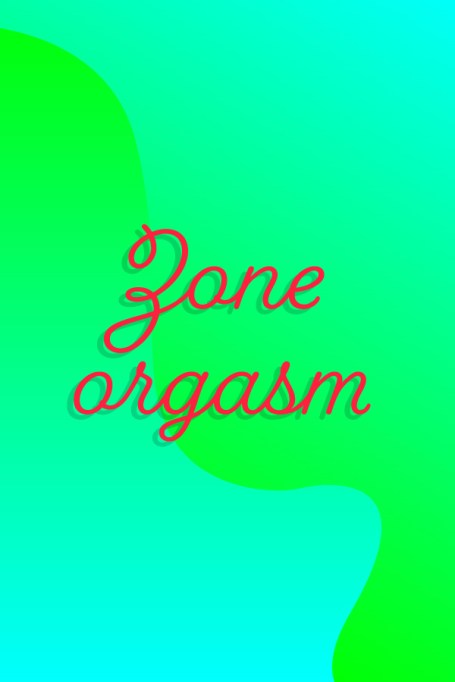 Of the 216 people surveyed in the study, published in the journal Sexual and Relationship Therapy, 31 women said they'd had a zone orgasm, many of them experiencing this through stimulation of the neck, earlobes, underarms, hips, thighs, toes and fingers. In fact, some women reported to have reached orgasm from kissing alone.

“The backs of the knees are a really great place, and the inner thighs are a great place to start,” Engle says of erogenous zones. “The back of the neck, under the ears, even the scalp can actually be an incredible erogenous zone. Starting with a sensual head scratch can waken up sexual desire inside of you and get the juices flowing.”

But your entire epidermis, all of your skin, can be an erogenous zone if you want it to be, she explains. The mind is a powerful tool.

“I think people focus too much on finding these magical erogenous zones when, really, anything can be an erogenous zone if you want it to be and if you believe it enough,” Engle says.

In other words, women may be able to “think off,” which means wanting and believing an experience to be sexually satisfying could really yield sexual results. 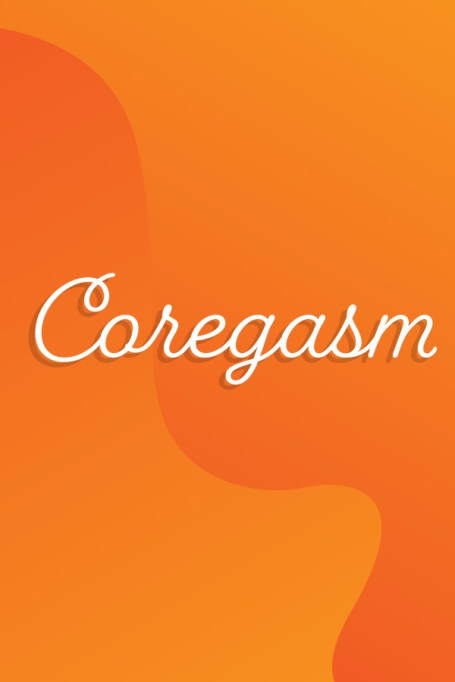 Exercise gets the heart rate pumping, the blood rushing, the muscles contracting and the breath intensifying. That sounds a lot like an orgasm, which might contribute to the fact that some women are actually having orgasms while doing it. A study from Indiana University published in the journal Sexual and Relationship Therapy in 2012 found that exercise can bring on orgasms — these are oft referred to as “coregasms” because, typically, abdominal exercises are what induces them.

While the reasons behind exercise-induced orgasms are still being studied, their intensity (like all orgasms) may waver with the breath. The breath is a potent tool — one that can deepen any pleasurable experience.

“Any type of orgasm sensation can be heightened and extended in time by the use of tantric breath practices,” Folsom says. “A five-second orgasm may be extended to 30 seconds, for instance.”

In partnered sex, partners are well-served to have a shared priority to practice open and skilled communication in addition to the couple’s breathing, energy and sexual movement practices, Folsom advises.