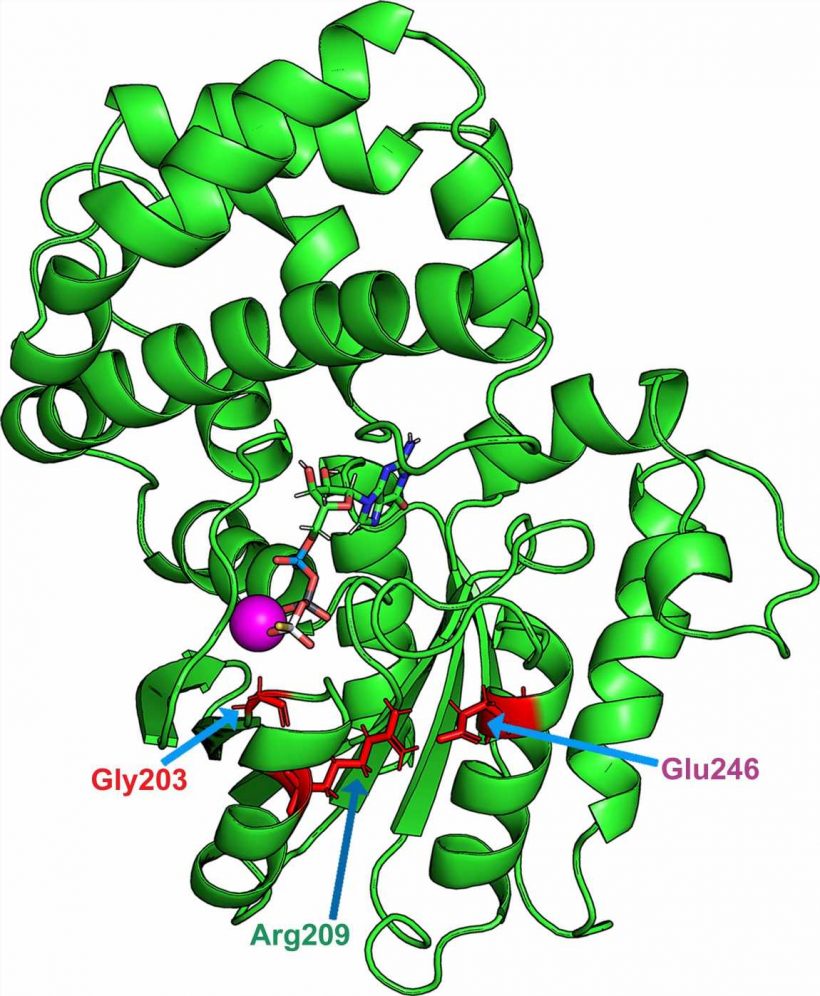 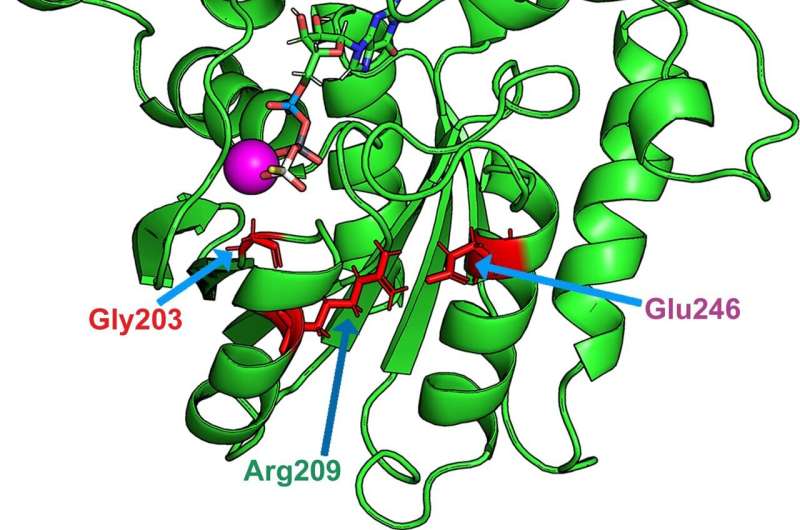 Pediatric encephalopathies of genetic origin cause severe motor and intellectual disabilities from birth. One of these diseases, first identified in 2013, is caused by mutations in the GNAO1 gene. In order to understand the finer details of the resulting disturbances, scientists from the University of Geneva (UNIGE) conducted atomic, molecular and cellular analyses.

They discovered that a mutation in GNAO1 leads to the replacement of one amino acid by another in protein sequence. This is enough to disrupt the activation and deactivation mechanism of the encoded protein, thereby altering the ability of neurons to communicate correctly with their environment.

A simple zinc molecule, commonly used in other contexts, could restore, at least partially, the functioning of the protein affected by these mutations. These results, published in the journal Science Advances, give hope of a treatment that could change the lives of patients and their families.

Children with mutations in the GNAO1 gene show significant clinical disorders: delayed intellectual and motor development, uncontrollable movements, as well as more or less severe epilepsy, sometimes accompanied by brain damage and atrophy. GNAO1 codes for a protein called “Gαo” which is one of the most essential building blocks of neuronal cells.

“This mutation is heterozygous dominant, which means that one of the two copies of the gene is functional and the other is mutated,” explains Vladimir Katanaev, a professor in the Department of Cell Physiology and Metabolism at the UNIGE Faculty of Medicine, who led this research. “Even if neurons have one half of normal proteins, the neurodevelopmental results are devastating.”

Functional Gαo proteins are activated when in bound with the nucleotide called GTP, then deactivate through hydrolysis. This allows the proteins to follow a cycle of activation and deactivation necessary for cell function.

Mutations in the GNAO1 gene lead to the replacement of one amino acid in Gαo by another. These mutated proteins activate very quickly, but are not able to perform hydrolysis. They are thus trapped in a permanent state of activation.

By disrupting interactions with cell membrane proteins, these mutations modify the ability of neurons to communicate with their environment.

A molecule known for decades

The scientists based the rest of their study on these first fundamental results. “Ultimately, our goal is to try to find a treatment that could limit the symptoms of the disease and improve the quality of life of patients and their families.”

To do this, the research team performed high-throughput screening of thousands of approved drugs with the idea of identifying a molecule capable of reactivating hydrolysis. “Indeed, in rare diseases, there is usually no way to develop a completely new molecule. Re-purposing already available, approved and safe drug molecules can be a successful strategy instead,” adds Vladimir Katanaev.

“This is an old antifungal and antibacterial drug used in cream form for certain skin diseases. We took the analysis a step further to see if all or part of this molecule was effective. It turns out that it is the zinc ion that is effective here. Very easy to find in any pharmacy, it is already approved for the treatment of mild depression, insomnia and even in some developmental disorders in children,” says Vladimir Katanaev.

A fly model to confirm these results

To confirm this result, the research team used an innovative animal model: the Drosophila fly. “We modified the genome of flies to replicate the mutation of the GNAO1 gene, retaining a normal copy of the gene as in humans,” explains Mikhail Savitskiy, a researcher in Vladimir Katanaev’s laboratory and a specialist in the modeling of diseases in Drosophila.