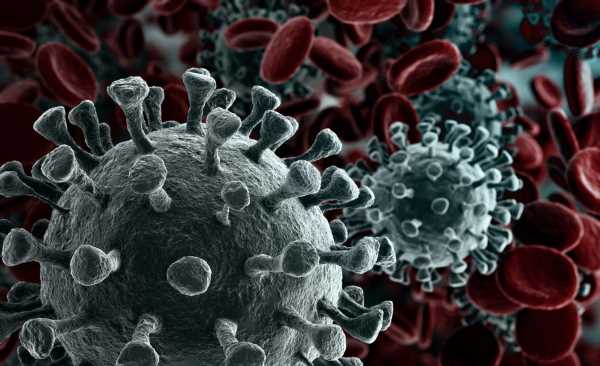 As the coronavirus epidemic worsens in China and the virus trickles beyond the country’s borders, U.S. officials are taking precautions, just in case the virus becomes “the next pandemic.”

Today, the U.S. declared a public health emergency, while stressing the risk to the U.S. public is low. “Our goal is to do all we can do to keep it that way,” Dr. Robert Redfield, the director of the Centers for Disease Control and Prevention (CDC) said during a White House press briefing today (Jan. 31).

Starting on Sunday, Feb. 2, U.S. citizens, permanent residents and immediate family who have been in the Hubei province in China will be subjected to a mandatory two-week quarantine. “Foreign nationals” who have traveled to China in the past 14 days won’t be allowed in the U.S., officials announced during the briefing. What’s more, if Americans visited any other part of China, they will be screened at airports and asked to self-quarantine for 14 days, they said.

The 195 Americans who were flown from Wuhan to the U.S. will also be quarantined for 14 days, the Centers for Disease Control and Prevention (CDC) announced earlier today (Jan. 31) during a separate news conference. The last time the CDC ordered such a quarantine was over 50 years ago, for smallpox.

“While we recognize this is an unprecedented action, we are facing an unprecedented public health threat,” Dr. Nancy Messonnier, the director of the CDC’s National Center for Immunization and Respiratory Diseases, said during a  news conference. “We are preparing as if this were the next pandemic, but we’re hopeful still that this is not and will not be the case.”

The passengers will be held at a U.S. air base in Ontario, California, where medical staff will monitor their health, for two weeks, Messonnier said. All of the passengers have so far tested negative for the virus — but a negative initial screening test does not guarantee that these people won’t later get sick, she said.

“The issue is that we don’t know the sensitivity, specificity and positive predictive value of that test when we’re using it in people who aren’t yet sick,” she said. In other words, the tests might not be sensitive enough to detect the lower levels of virus that would be present in people who are infected but aren’t yet showing symptoms.

Meanwhile, the magnitude of the epidemic in China is increasing, with a 26% increase in infections since yesterday alone, Messonnier said. There are now nearly 213 deaths associated with the virus and 10,000 infections, mostly on mainland China.

It’s still unclear how severe the disease is, but “the information that’s coming in from China suggests that there is significant mortality associated with this disease,” Messonnier said. That being said, it’s difficult to calculate the disease severity, especially because more severe cases tend to be reported first, which throws off calculations, she added.

But it’s increasingly clear that the virus is capable of spreading between people. Yesterday, the CDC announced the first case of person-to-person transmission in the U.S., between an Illinois resident who had traveled to Wuhan and her husband.

What’s more, scientists found that the virus can spread even when an infected person doesn’t yet have symptoms. A 33-year-old, otherwise healthy German businessman was infected with the virus when he met with a business partner from China who was infected with the coronavirus but didn’t show any symptoms. The virus appears to have hopped from her to the businessman and from the businessman to other colleagues in Germany, according to a new case report published today (Jan. 31) in The New England Journal of Medicine.

Yesterday (Jan.30), the World Health Organization announced that the new coronavirus outbreak is a public health emergency of international concern and the U.S. put a “level 4” travel advisory in place — the most extreme level with the recommendation that people not travel to China at all. Three major airlines — United, American and Delta — announced today that they were canceling all flights to China.

“We would rather be remembered for overreacting than underreacting,” Messonnier said. But she noted that the virus is not spreading around the U.S., and they don’t currently recommend the use of face masks for the general American public.

“Please do not let fear or panic guide your actions,” Messonnier said. There are about 4 million Chinese Americans living in the U.S., so “please do not assume that just because someone is of Asian descent that they have this new coronavirus.”

Editor’s Note: This story was updated with additional information on flight restrictions and quarantines, and to clarify that the virus appears to have hopped from a businesswoman in China to her business partner in Germany, who in turn, may have infected other colleagues.