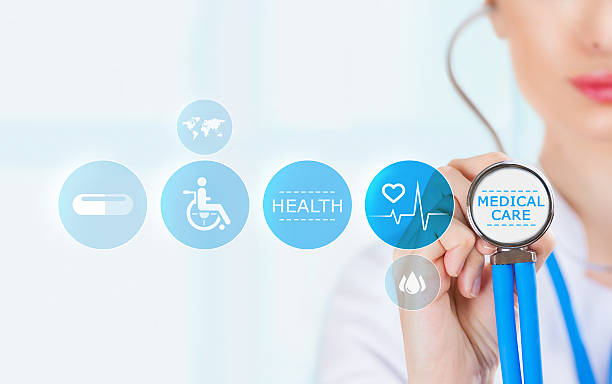 Robotic ‘trousers’ could help thousands of people left unable to stand or walk due to multiple sclerosis find their feet again.

The long-term neurological condition affects the brain and spinal cord, causing a range of symptoms including problems with movement and balance.

Some patients end up reliant on a wheelchair, with their muscles wasting away.

But now, groundbreaking technology is helping patients learn to walk again. The Rex device is an exoskeleton – a frame made from plastic and metal that is secured to the feet, legs and lower body, surrounding and supporting them. 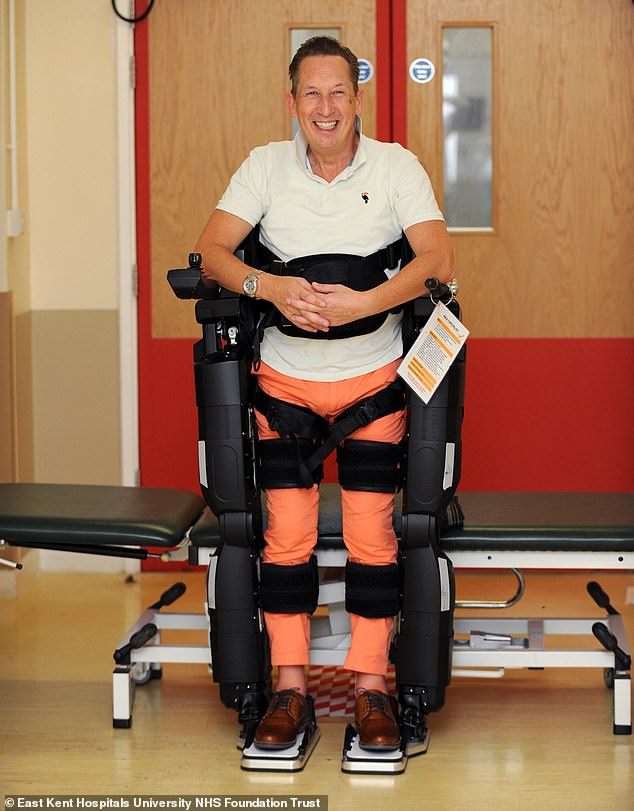 One MS patient to benefit from the trial is Richard Aske-Haley, who hopes to share the first dance with his fiancee Kat at their wedding in March

It has electronics and motors inside that take over much of the effort of standing and walking.

The technology can also be used by people with weak or paralysed legs caused by strokes, spinal-cord injuries and other neurological conditions. In those with multiple sclerosis (MS), the Rex stops them falling as they go through exercise routines designed to build muscle strength and confidence.

The robo-legs are being tested by 20 people with MS as part of a study at Kent and Canterbury Hospital.

Sammy Lane, 32, from Southend in Essex, was wheelchair-bound and could not stand without falling over before joining the trial in November.

After just five sessions wearing the legs, the mother-of-two is able to walk with an aid and climb stairs again. ‘It has been an amazing transformation,’ she says.

More than 100,000 people in the UK have MS. Muscle wasting can be caused by reduced activity levels – a consequence of the fatigue, nerve damage and poor balance experienced by many people with MS.

‘If someone is not using their muscles, those muscles will waste away and co-ordination will be lost,’ explains Dr Mohamed Sakel, director of neuro-rehabilitation at East Kent Hospitals University NHS Foundation Trust. ‘I tell patients – if you don’t use it, you lose it.’

MS patients are usually offered physiotherapy to boost their muscle strength. However, many are fearful of falling while doing exercises such as standing, lifting arm weights and throwing and catching a balloon. Others get to a point where they cannot do them at all without toppling to the ground.

But Dr Sakel believes the Rex could offer a solution. The equipment, controlled by a joystick, supports patients as they sit, stand, walk and turn around.

‘Balance depends on the activity of the core muscles in the body,’ Dr Sakel says. ‘The Rex exoskeleton helps patients relearn to switch on the abdominal muscles – for example when changing from a sitting to a standing position – without worrying about falling over.’ 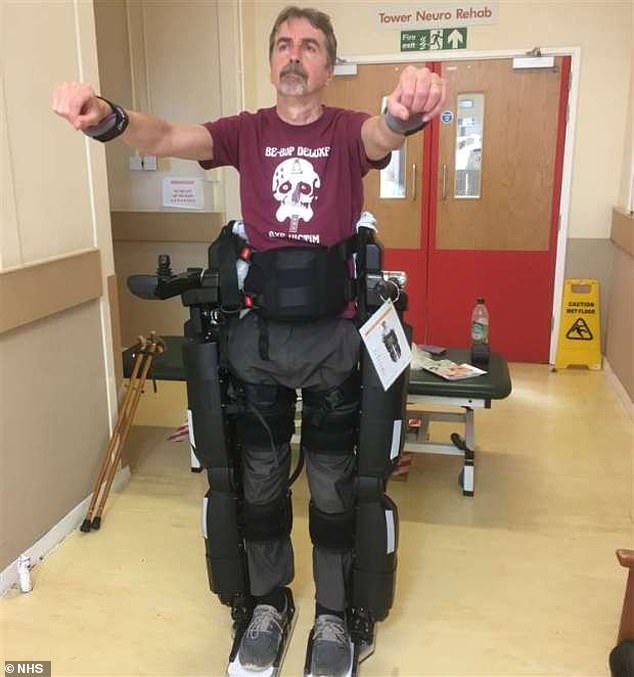 Another man to try out the suit is  Steve Barnes, 59, who spent months building up strength in his legs using the £100,000 robotic exoskeleton so he could give his daughter away on her wedding day

The Rex device, which costs about £100,000, is one of several exoskeletons on the market.

They are not yet widely available on the NHS, but Dr Sakel hopes the trial will show how useful a tool they could be.

Sammy was first diagnosed with MS when she was 19 after suffering numbness in her legs and problems with her vision.

About five years ago, the birth of her children triggered a relapse, which left her reliant on a wheelchair for the first time.

Then three years ago she went to bed with a headache. When she woke, she was unable to get up and ended up falling on to the floor. Now, most of my relapses end up with me being unable to move my legs,’ Sammy says. ‘Last year, it happened three times.’

She previously had physiotherapy to help her get back on her feet – but last year, having suffered her latest relapses, she was told there was little more that could be done. Yet now, following five weekly sessions using the Rex exoskeleton, Sammy is stronger and more mobile.

‘I couldn’t even stand up before I started the trial,’ she says. Now, I can walk with two sticks and get myself back up. I hadn’t been able to get upstairs at home since the beginning of last year – now I can.’

Another MS patient to benefit from the trial is Richard Aske-Haley, who hopes to share the first dance with his fiancee Kat at their wedding in March.