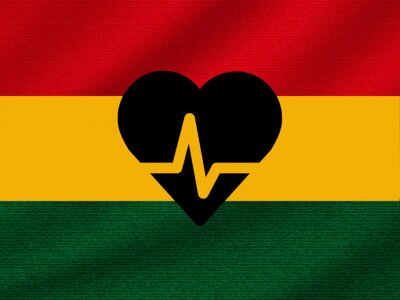 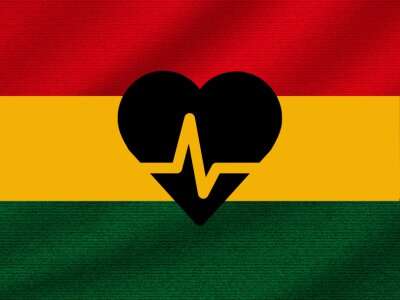 Among sub-Saharan African countries, Ghana stands out for its high rate of health insurance coverage: About 40 percent of the population has policies available through the National Health Insurance Scheme (NHIS). But the NHIS is costing the government more than expected. A proposed cost-saving policy, called capitation, would pay providers per patient rather than for each service provided. The policy looked good on paper, but failed in a pilot program. Gilbert Abiiro wanted to know why. He’s a lecturer/researcher at the University for Development Studies in Ghana, who recently spent eight weeks at Duke as a fellow of the Center for Policy Impact in Global Health.

In Ghana, Abiiro interviewed providers, policymakers, politicians, and people who held health insurance policies; he analyzed the data here at Duke. Abiiro found that when policymakers said “cost-saving,” policy holders heard “you’ll be getting fewer services,” and providers heard “you’ve been defrauding the program.” The conclusion? “Political realities on the ground can affect implementation of policies,” Abiiro says. “If you look at it, this is a good policy, but you need people to accept it.”

Ghana is in the process of ramping up its own health programs and policies as it transitions away from a reliance on health-related aid from outside donors. It’s a time to celebrate the growth in average income that means the country no longer qualifies for as much global aid. But it’s also a vulnerable time. Countries in transition are at risk of losing hard-won gains in public health.

“We know from experience that when transitions are handled poorly and rushed with very little planning and foresight, disease resurgence can happen and lives can be lost unnecessarily,” says Gavin Yamey, director of the Duke Center for Policy Impact in Global Health. A dramatic example is Romania, where new HIV infections among injection drug users jumped by almost 30% a decade ago after outside funding for prevention in those populations suddenly dried up.

Yamey and other faculty, fellows and students at the center are aiming to understand more about the challenges faced by these countries and work alongside them to come up with innovative solutions. “The kind of research we do is really aimed at helping policymakers answer strategic questions that are keeping them up at night,” says Yamey, professor of the practice of global health and public policy.

Yamey and Osondu Ogbuoji, deputy director of the center and an assistant professor of global health at Duke, are heading up a project funded by the Bill & Melinda Gates Foundation to support countries in the process of transitioning away from health-related aid.

Ogbuoji began his career as a physician in his native Nigeria, taking care of people who had very little access to healthcare. Yet he was dogged by the feeling that simple policy changes could provide so much more access than one hard-working physician. That led him to earn a masters degree in public health from Johns Hopkins, and a doctorate in global health from Harvard. Working in policy may not give him the immediate gratification of providing hands-on care, but he says it’s worth it. “You know it’s going to have long-lasting effects.”

The Gates project is focusing on six countries: Ghana, Sri Lanka, Kenya, Nigeria, India and Myanmar. “In all of those countries we already had existing collaborators and partnerships we could build on,” Yamey says. “One of the most important aspects of conducting international collaborative research is building true equal and reciprocal partnerships based on mutual respect and trust. That doesn’t happen overnight.”

The six countries face some similar challenges, including changes in disease patterns (more diabetes, high blood pressure and obesity), changes in demographics (a high percentage of adolescents, growing numbers of elderly, an influx of migrants) and the need to generate funds for healthcare domestically.

Yet each country has its own culture, geography, resources and politics. A policy that works in one country may well fail in another.

Ghana has the advantage of revenue from oil production to help fund healthcare needs. Furthermore, Ghana’s government has the will to do so, which is not the case in all countries, Ogbuoji says. “The president and government want to see “Ghana Beyond Aid.” It’s a push to ensure that Ghana is no longer donor dependent. That makes our job easier; we don’t have to look for political will.”

Ogbuoji lays out the questions facing Ghana that he and his colleagues are seeking to answer: “Considering the changes in disease and demographics over the next 10 years, what will health service needs look like in Ghana? What’s the bill the government should be ready to pick up? The next question is, where is the money going to come from, and what should be done to prepare the system to absorb this money and produce these kind of services?”

Embedded in these questions is a focus on the poor, who often suffer the most when global aid is withdrawn.

In Ghana, Ogbuoji is partnering with Justice Nonvignon, associate professor and health economist at the University of Ghana. “We couldn’t have asked for a better partner,” Ogbuoji says. “He’s really dynamic and awesome.”

Nonvignon is leading a team of researchers who interviewed patients, providers, university professors, policy experts and politicians in Ghana about the transition process. He found that there was not a common understanding of transition, nor a plan to make it happen.

Next, Nonvignon and his team began building relationships with officials in the Ministry of Health and the Ministry of Finance. Health programs need funding, but people on the finance side have competing priorities, and may not be up to speed on all things health-related. “One of the things we are trying to do is to engage people from these two sides so we speak the same language,” he says. The team also collects data about disease, demographics, or funding in response to questions posed by Ministries of Health and Finance.

Nonvignon’s work highlights Yamey and Ogbuoji’s philosophy of supporting and building capacity in transitioning countries, rather than trying to create fully formed programs and policies from the outside.