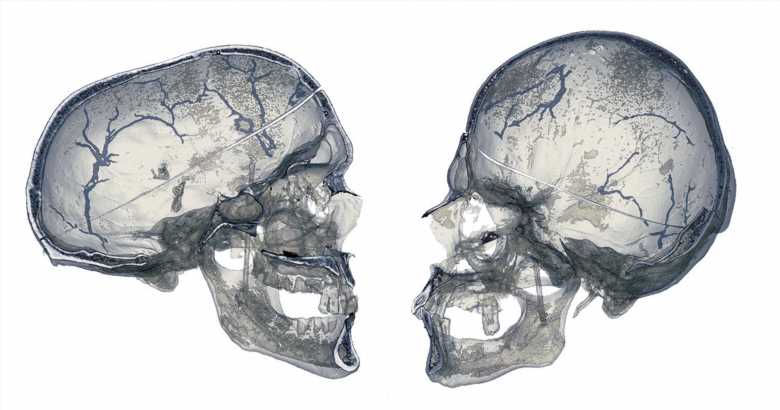 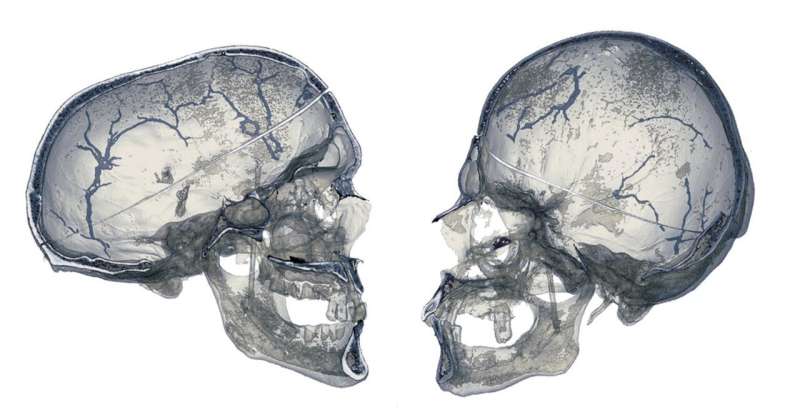 The diploic veins run inside the bones of the skull and leave channels that can be studied in osteological collections, in other words, in historical populations and fossil individuals. A study, led by Stanislava Eisová and coordinated by Emiliano Bruner, who leads the Paleoneurology Group at the Centro Nacional de Investigación sobre la Evolución Humana (CENIEH), has looked at how premature fusion of the skull sutures influences the distribution of this vascular system.

The craniovascular traits are marks left by veins and arteries on the surface of or inside bones, and they enable the patterns of blood flow to be investigated in extinct species or past populations. In certain cases, they can have a functional value associated to the circulation of the blood (such as for oxygenation or thermal regulation), and in other cases they can be used as genetic markers linking individuals because they are inheritable.

The results of the new study, conducted with computerized tomography, suggest that, on average, an adult has five diploic vessels that are large (diameter of more than 1 mm), distributed fairly symmetrically between the two sides of the skull and without apparent differences that can be ascribed to age or sex.

The study also considers the effect of premature fusion of the skull (craniosynostosis) on the distribution of these vessels. Premature fusion of the sutures deforms the braincase. It reduces the diameter of the vessels in cases where the deformation leads to rounder skulls (brachyocephaly), and increases their number in the anterior part of the skull (frontal bone) when the deformation produces longer skulls (dolicocephaly).

The study, published in the Journal of Morphology, was performed in collaboration with Charles University in Prague (Czech Republic), and it is the latest of a series of papers on the craniovascular traits in modern human populations, a series that has included analyses of the middle meningeal artery. the venous sinuses, and the venous orifices in the braincase.