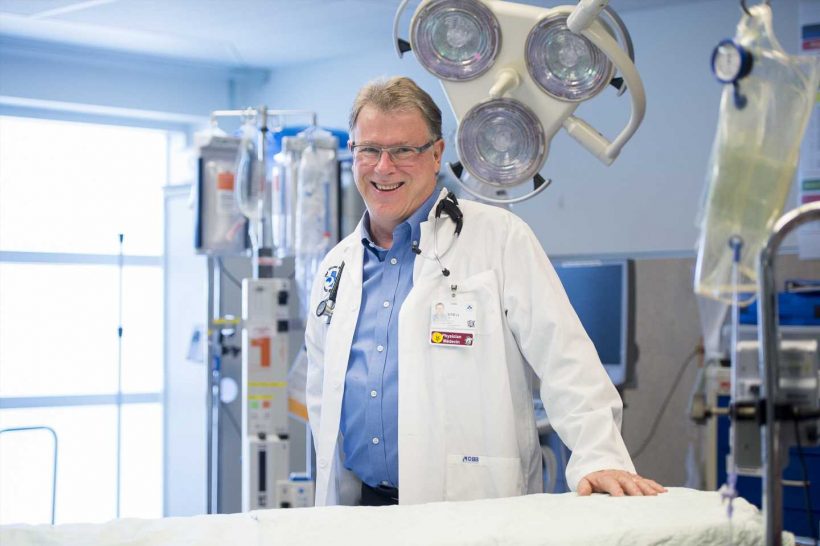 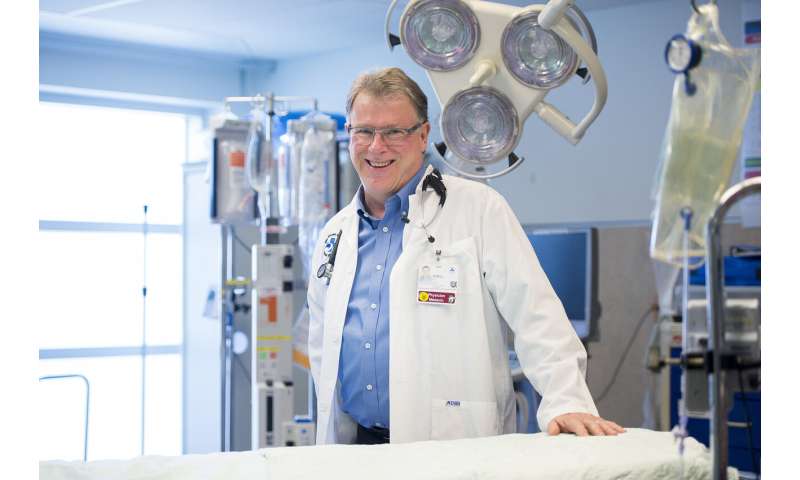 A study published in The Lancet found that two ways of quickly restoring normal heart rhythm in patients with acute atrial fibrillation in the emergency department are equally safe and effective.

The large, randomized controlled trial looked at cardioversion, a medical procedure that quickly brings heart rhythm back to normal. Cardioversion can be done with a mild electric shock or with fast-acting drugs delivered through an IV.

“These methods allow us to quickly get patients back to their normal heart rate, and send them home after four to six hours in the emergency department,” said Dr. Ian Stiell, lead author and senior scientist at The Ottawa Hospital and distinguished professor at the University of Ottawa.

The researchers recruited 396 patients with acute atrial fibrillation from 11 Canadian emergency departments. Cardioversion is a commonly used treatment in this country. Patients were randomly assigned to one of the two kinds.

The first group received only electrical cardioversion. Patients are sedated during this procedure, so they do not feel the shock.

The second group received a drug called procainamide through an IV. If the drug did not reset the patient’s heart rhythm within 30 minutes, they received electrical cardioversion.

In the drug-then-shock group (204 patients):

Both kinds of cardioversion were equally good at restoring normal heart rhythm and getting patients home the same day. The drug-shock strategy was more effective for patients experiencing atrial fibrillation for the first time, and for patients younger than 70.

The two methods were equally safe -none of the patients had any serious side-effects. Two weeks after the treatment, no patients had had a stroke, 95 percent still had normal heart rhythm, 11 percent returned to the emergency department because of atrial fibrillation, three percent had an additional round of cardioversion, and two percent were admitted to hospital.

The researchers were interested to see that over half of the patients who received the drug did not need a shock to restore their regular heart rhythm. They recommend that physicians try the drug cardioversion first, to avoid unnecessary sedation.

“If I have a patient on a drug infusion, I can see other patients at the same time,” said Dr. Jeffrey Perry, study co-author and senior scientist at The Ottawa Hospital and professor at the University of Ottawa. “To do an electrical cardioversion, I need to find another doctor, a nurse and a respiratory therapist, and it takes time to assemble those people.”

The researchers note that patients often have a strong preference for one kind of cardioversion over the other, especially if they need it done regularly.

“While we believe that there are advantages to trying the drug infusion before the shock, the treatment choice is ultimately a shared decision between the patient and physician,” said Dr. Perry.

While cardioversion is common in Canada, it isn’t as well known in other parts of the world.

“In some countries, patients with acute atrial fibrillation are sent home with pills to slow their heart rate, while others are admitted to hospital,” said Dr. Stiell. “Our study showed that cardioversion in the emergency department is safe and effective. We hope our results convince more physicians around the world to adopt these methods.”