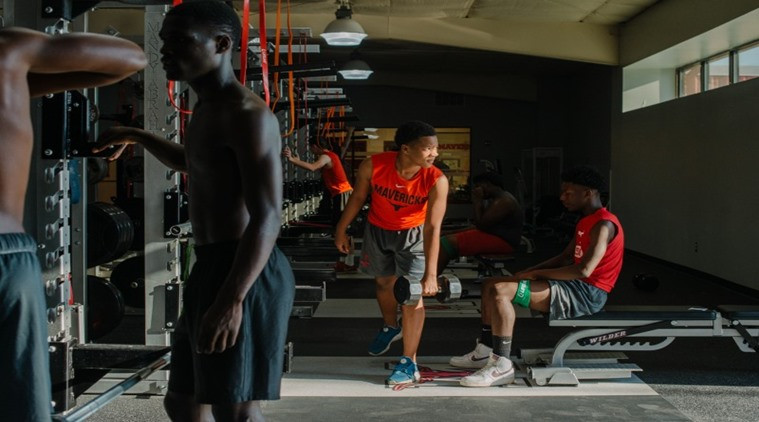 What happens when we add variety to our gym workouts and, in the process, “confuse” our muscles? Check out here Here are a few questions to consider as you plan your 2020 exercise routines: Are your muscles confused? Should they be? And just how do we confuse our muscles, anyway?

These concerns are at the heart of a timely new study of what happens when we add variety to our gym workouts and, in the process, “confuse” our muscles. The study finds that shifting, quicksilver workouts can yield some benefits that more rote regimens do not, but the benefits may not be the ones that most of us would expect.

Anyone who pays attention to fitness trends (or perhaps to politics) has probably heard the term “muscle confusion.” It was invented and popularized in the past decade by the creators of various weight-training regimens, particularly P90X, which was a favorite of the former congressman and vice presidential candidate Paul Ryan.

The P90X and similar weight-training programs advise participants to alter their routines all the time, threading in different combinations of exercises and rarely, if ever, repeating any particular workout. The rationale for this inconstancy is that unfamiliar routines should perplex and discombobulate our bodies and muscles and prevent them from settling into a groove or reaching a training plateau. Instead, our muscles will supposedly respond to the unfamiliar demands of the workouts by continuing to adapt.

In essence, this theory claims that confused muscles, exposed to changing workouts, gain more size and strength than complacent muscles cycling through the same routines, even if people are lifting equivalent amounts of weight.

That idea has some appeal and many proponents but little independent scientific backing.

So, for the new study, which was published in December in PLOS One, a group of researchers from Spain and the United States who have long been interested in the impacts and specifics of resistance training decided to try to confuse a few muscles and see what would happen.

They began by recruiting 19 healthy young men who already lifted weights, although none were bodybuilders. The researchers wanted volunteers familiar with most weight-training exercises and possessed of fit muscles.

They tested each volunteer’s current strength and checked the size of his leg muscles using ultrasound and also asked him to complete an online questionnaire about his interest in and motivation for exercise.

They then divided the volunteers into two groups and sent them to a university gym. There, one group began a standard, supervised weight-training routine, consisting of various upper-body and lower-body exercises, such as the bench press, dead lift and leg extension, performed on alternate days, for a total of four workouts a week.

Members of this group performed the same exercises in the same order each week, increasing their weight loads as the lifting grew easier but not otherwise varying their routine.

Those in the other group, though, were provided with a special app for their phones that created a new workout each session, picking randomly from a database of 80 possible exercises. Members of this group performed the same number of upper- and lower-body exercises and lifted approximately the same amount of weight in each session as those in the other group, but their workouts varied day to day, with almost no overlap from one session to the next.

These routines continued for eight weeks, after which the men returned to the lab for new tests of their muscles’ size and strength and a repeat of the online questionnaire about their motivation to work out.

The researchers then compared results and found that it is not easy to confuse a muscle. Overall, the men’s gains in muscular size and strength were almost exactly the same, whether they had maintained the same routines or often switched them up.

There was one notable difference between the groups, however. Those men completing the ever-changing workouts reported feeling much more motivated to exercise at the study’s end than the other group.

What these findings suggest is that muscles are not deterred or bored by unvarying routines, said Brad Schoenfeld, an associate professor of exercise science at Lehman College in New York and a co-author of the study. “They adapt to load,” he said, whether that load arrives through the same exercise or a different one each time.

But minds are not muscles and could be influenced by novelty, he said. “The differences in motivation scores at the end were substantial,” he said, suggesting that “from a purely motivational standpoint, variety matters.”

Of course, this study was small, short-term and involved only fit, young men with gym experience. Whether the muscles and minds of women, older people or anyone new to weight training would respond similarly is uncertain.

The study also deliberately looked at “polar opposites” in its workouts, Schoenfeld said, from a routine with “no variation at all” to one that changed every time.

He suspects that “it’s likely that a middle ground,” in which we swap out one or two familiar exercises for new ones, might be a reasonable way to help inspire us to return to the gym, even if it never confuses our muscles.

For all the latest Lifestyle News, download Indian Express App