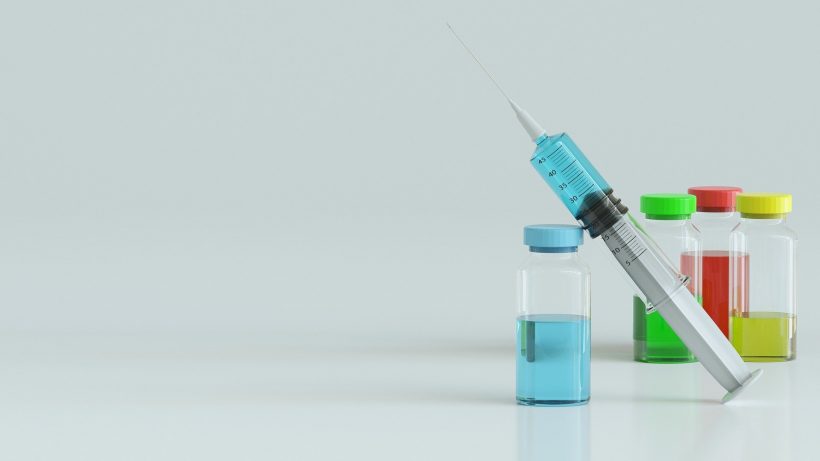 Nasal vaccines could still be a powerful future weapon in the fight against COVID-19 despite “disappointing” recent trial results for an AstraZeneca spray, experts say.

By entering the body the same way as the virus, nasal vaccines aim to build immunity in the mucous membrane that lines the nose and mouth.

This could block people from getting infected in the first place—and also potentially hamper those who have COVID from spreading it further.

That would represent a huge boost compared to traditional shots in the arm, which have proved very effective at preventing severe COVID but perform far less well when it comes to stopping transmission.

With some wondering when Western nations would catch up, last week Oxford researchers revealed the results of a phase 1 trial for a simple nasal spray using the AstraZeneca vaccine.

However, the vaccine promoted mucosal antibodies only in a minority of the participants, and the immune responses were weaker compared to those from traditional vaccines, according to a study published in the journal eBioMedicine.

Don’t be ‘too downhearted’

“The nasal spray did not perform as well in this study as we had hoped,” said the trial’s chief investigator, Sandy Douglas of Oxford University.

“This was quite different from recent data from China, which has suggested good results can be achieved by delivery of a similar vaccine deep into the lungs with a more complex nebuliser device,” Douglas said in a statement.

“One possibility is simply that the majority of the nasal spray vaccine ends up being swallowed and destroyed in the stomach—delivery to the lungs could avoid that.”

Connor Bamford, a virologist at Queen’s University Belfast, told AFP that it was important to “not be too downhearted” about the AstraZeneca results.

He said that working out exactly why the nasal spray fell short could help researchers discover how to make a future version more effective.

Unlike AstraZeneca, successful nasal vaccines used for other diseases such as polio, rotavirus and influenza are all live vaccines, which means they replicate inside the nose, Bamford said, potentially pointing a way forwards for researchers.

Eric Tartour, an immunologist at the European Hospital Georges Pompidou in Paris, said that while the AstraZeneca results “are indeed disappointing”, he did not think the news “dampens hope for nasal vaccines”.

It was “reassuring” that the AstraZeneca, Chinese and Indian nasal vaccines have not shown any serious side effects, he added.

Around 100 different intranasal COVID vaccines are under development worldwide, according to analysis by health data firm Airfinity and Nature last month, with some 20 being tested on humans.

Russia and Iran have also approved nasal vaccines. However, like China and India, they have not published trial data showing that their vaccines stop transmission in a peer-reviewed journal.

And with falling inoculation rates worldwide leading some countries to destroy millions of expired doses, the demand for a new COVID vaccine remains unclear.

‘Wake up and lead’

For example, in 2020 France’s Pasteur Institute and biotech firm TheraVectys developed a nasal vaccine candidate that was found to block transmission and produce antibodies for different variants in tests on animals, according to chief scientific officer Pierre Charneau.

However, the vaccine has not “aroused enough interest from funding agencies or ‘Big Pharma’ to hold trials on humans,” so the firm has turned its focus back towards cancer vaccines, Charneau said.

So how long could it take for such a nasal vaccine to be made available to the public? It depends, Moore said.

He called for the world to put similar resources into creating a nasal vaccine as it did into the first round of COVID jabs, which were developed and deployed en masse in less than a year—the fastest rate in history.

“If there was a Warp Speed 2.0, and there should be, our vaccine could be available to the public with a similar timeline,” Moore said.

“Reducing transmission is the best way to gain control over the virus,” Moore said. “The challenge is proving that a nasal vaccine can actually do this,” he added.