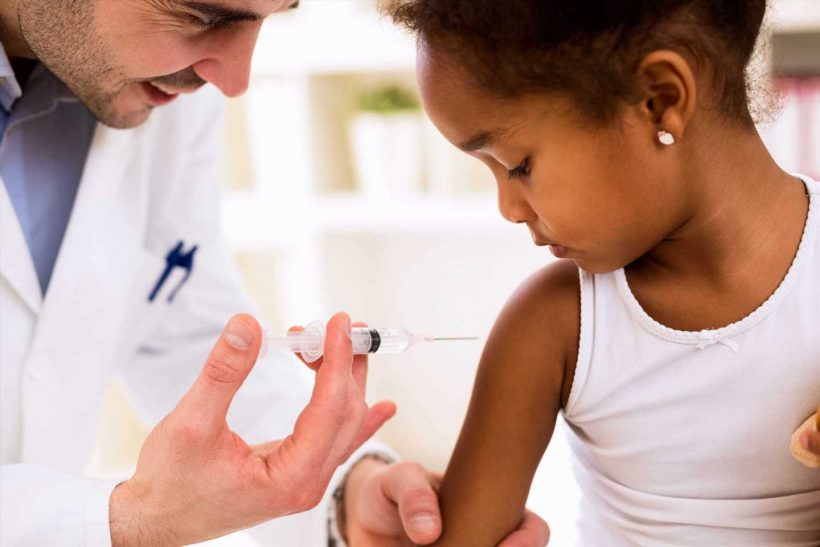 When it comes to vaccinations, the advice from experts from family doctors to the Centers for Disease Control and Prevention (CDC) encourages parents to keep their kids up to date on shots in order to prevent the return of diseases that have nearly been eradicated (like measles) while maintaining the health of the population as a whole. Given the wealth of misinformation and hand-wringing on social media, however, there’s a number of people who choose to abstain from vaccinations for various reasons.

“Disparities in vaccination rates have long persisted across certain demographic groups due to differences in health care access. For example, affluent children are more likely to be vaccinated than children in low-income communities. However, increased parental concern over vaccine safety and efficacy has rejuvenated a social movement aiming to prevent children’s vaccinations,” according to researchers. “The anti-vaccination movement, which gained prominence in the U.S. through social media and television talk shows, is weakening the nation’s collective immunity. Some victims were too young to have been vaccinated, but almost half did not receive vaccines due to ‘philosophical or religious objections,’ a phenomenon that has been growing in recent years.”

Across the U.S., researchers found that there’s tons of disparity between different states: Montana and North Dakota are at opposite ends of the spectrum despite their geographic proximity. Interestingly, Western states including Oregon, Arizona, and Washington, which ordinarily score well in health-related measures, have low vaccination rates among kids. With the exception of New York State, New England is the only region with consistently high combined vaccination rates in the U.S.”

And, because everyone loves to see a ranking — here’s their top 10 states with the highest and lowest vaccination rates:

Researchers note that race plays a significant role in conversations about vaccinations: “Nationally, there is a consistent gap of almost 6 percentage points between the vaccination rate of whites and Asians compared to African-Americans and Native Americans. A characteristic even more impactful than race is poverty status—the analysis found that those below the poverty level have lower vaccination rates by 10 percentage points, a gap which has been consistent for the last decade, and which poses a serious health threat.”

However, they do report that, even though there’s been in an over-all increase in the combined 7-vaccine series since 2009 — increasing from 40 percent to more than 70 percent nationally. However, for the researchers and the medical community as a whole “the most pressing issue today is that a number of close-knit communities choose to exempt their children from vaccinations, frequently due to ‘philosophical or religious’ reasons.”