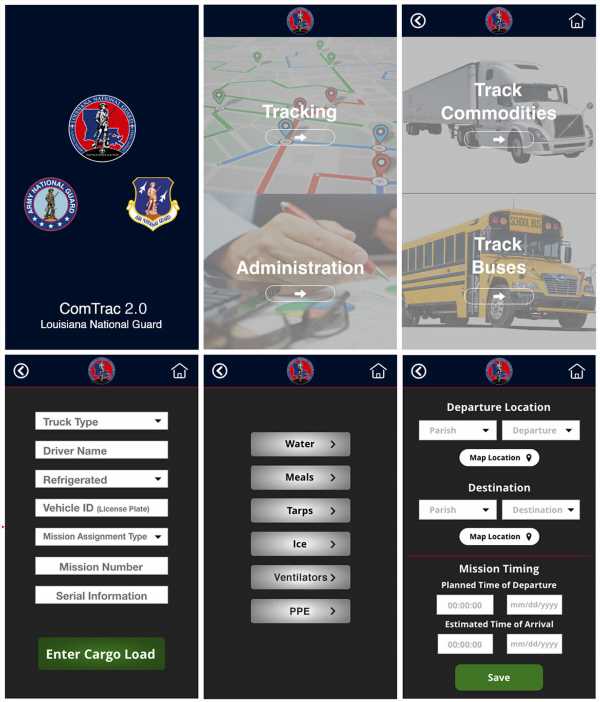 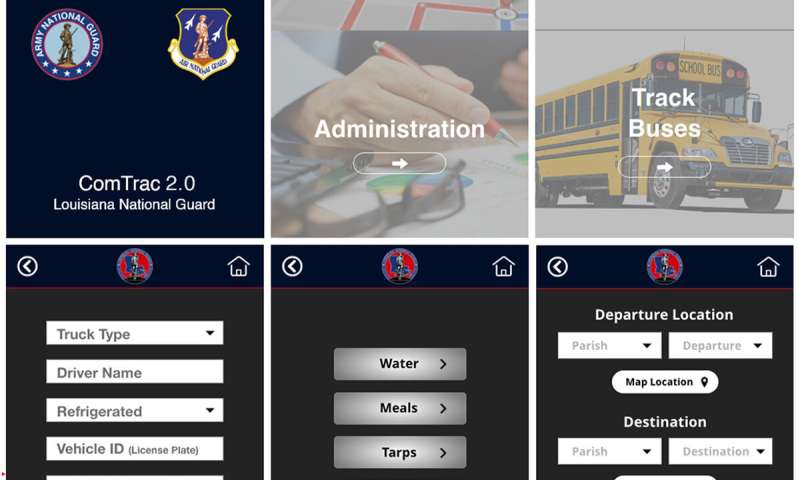 Yesterday, they tested the application for the first time with network-connected phones on the Android operating system. ComTrac will work for both iPhone and Android.

“After initial testing today, the Android version is now functional,” said SDMI Director Brant Mitchell. “The administration portal, the user experience graphical interface, the back-end work to make sure the app is communicating with the server—the entire system minus the dashboard was all developed by LSU computer science students.”

The students are Timothy Pease from New Orleans, Logan Kent and Kai O’Neal from Slidell, Jonathan Dolbee and Abigail Crabtree from Prairieville and Matthew Landry from Luling.

“They never cease to amaze me, as far as what they’re capable of,” Mitchell said. “They do their own research and figure out what does or doesn’t work. We have a much better and more useful product today than we would have had without the increased demands of COVID-19.”

ComTrac users can now create custom labels and enter quantities for anything they want to track. Through a customized dashboard, they can then follow each delivery in real-time on a map.

“I used to be in the National Guard and we worked with a lot of civilian contractors to transport things during hurricanes,” Mitchell said. “Once those trucks left the regional staging area, we had no idea where they were. We didn’t have situational awareness over commodities as they were being moved from the staging area to their final destinations. And if a vehicle broke down or didn’t show up on time, we didn’t necessarily know where it was, what had happened or if the driver needed assistance.”

Recognizing how the new ComTrac 2.0 system could help solve a major supply chain problem, the Louisiana National Guard, or LANG, contributed $20,000 to the app development effort. After the SDMI team finishes alpha testing today, it goes to LANG for beta testing on Monday. Mitchell expects it to be put to use right away and to be used again for various future disasters, since the app can be tailored for specific missions.

“The customization is key,” Mitchell said. “I’m sure the app will be used to track things in the future we haven’t even considered yet.”

On the dashboard, users can see active as well as completed missions on a map, distinguish between military and civilian operators, quickly contact drivers, keep track of commodities and people being transported on each vehicle and know how much and how many have been delivered as part of the operation overall.

“Six weeks ago,” he said, “you had to type in the specifics about each commodity in a comments field. This meant that if you wrote ‘ppe’ instead of ‘PPE’ or ‘ventelator’ instead of ‘ventilator,’ you couldn’t easily aggregate the data and know how much of a specific commodity you had moving about as part of a large-scale operation.”

Through the dashboard, LANG will now be able to tell live from completed missions as well as which vehicles are in transit and if they stall. Green dots mark moving trucks, but if the drivers stop for more than 30 minutes, the dots turn yellow; after an hour, red.

“For a complex operation, if something goes wrong, you might have a two- or three-hour lag before LANG is aware,” Mitchell said. “Now, that information will be available through visual indicators on the dashboard.”

The app will help operations as a whole be more efficient.