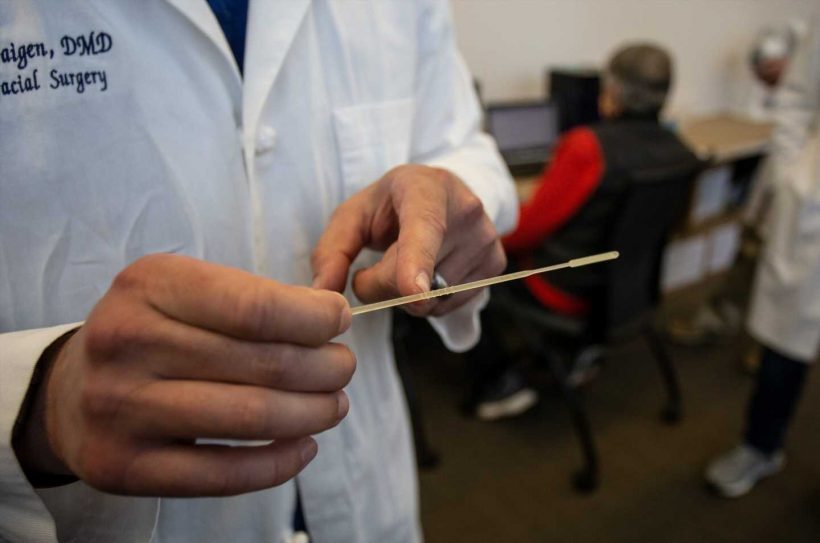 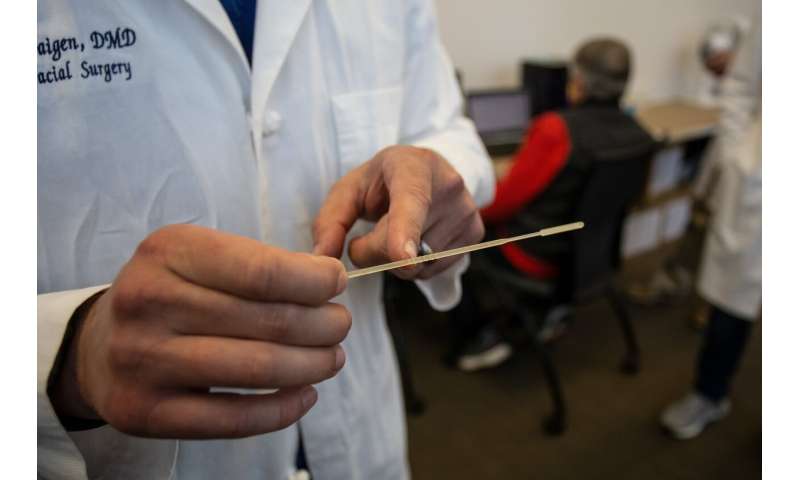 Seeing a chance to help amid a shortage of kits to test people for the coronavirus, Dr. Jeffrey James dedicated a 3D printer at the dental college where he teaches to churning out nasal swabs at a rate of 300 per day.

Then Georgia officials working with Gov. Brian Kemp heard about the project. They asked James if he could crank up swab production even more—to 5,000 daily.

“I said yes,” James recalled, “then I left the meeting and had a panic attack.”

Now seven printers with names like Mighty Mouse and Sonic 1 and 2 hum constantly in a room on the third floor of Augusta University’s dental school. Volunteering dental residents, endodontists, orthodontists and oral surgeons rotate between two daily 12-hour shifts, even on weekends, to meet the demand.

The production push is one way Georgia is scrambling to catch up on COVID-19 testing after the Republican governor lifted shelter-at-home orders for most people and allowed hair salons, gyms, tattoo parlors and bowling alleys to reopen and restaurants to resume dine-in service.

The Trump administration’s plans for emerging from lockdowns imposed to slow the virus have largely left individual states on their own when it comes to supplying themselves with test kits and finding workers and sites to administer those tests. Georgia lagged behind most U.S. states in testing even as Kemp moved aggressively to ease restrictions and restart the economy. 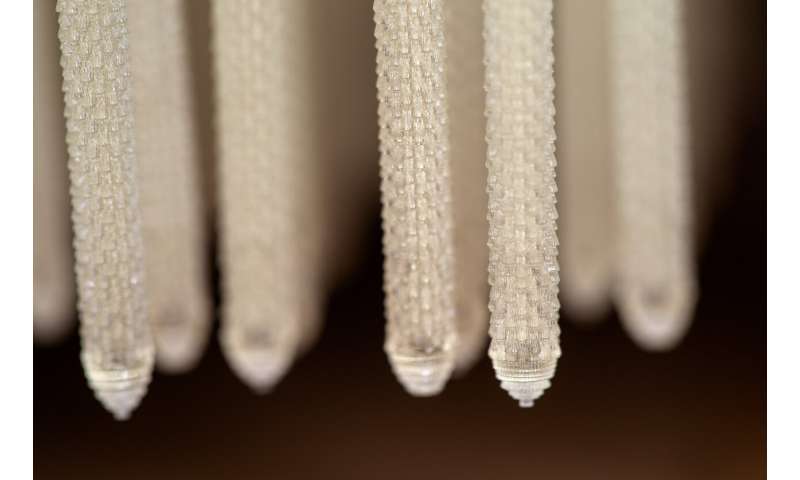 Public health experts say expanded testing is critical to keeping watch for a resurgence of infections as states begin reopening. What’s lacking, both at the federal and state level, is a clear and coordinated long-term strategy, said Dr. Harry J. Heiman, a professor of public health at Georgia State University in Atlanta.

“You don’t manage a pandemic by waiting for people to come to you and raise their hand and say, ‘I have an idea and I’m willing to help,'” Heiman said.

The virus has killed more than 1,100 people in Georgia. Health officials have confirmed more than 28,600 infections statewide.

Acknowledging his own “frustration” with the lack of testing in Georgia, Kemp rolled out plans on April 20 to use National Guard troops as well as clinicians and other staff from Augusta University’s medical schools to dramatically ramp up testing. The same day, the governor announced some shuttered businesses would soon reopen with restrictions. 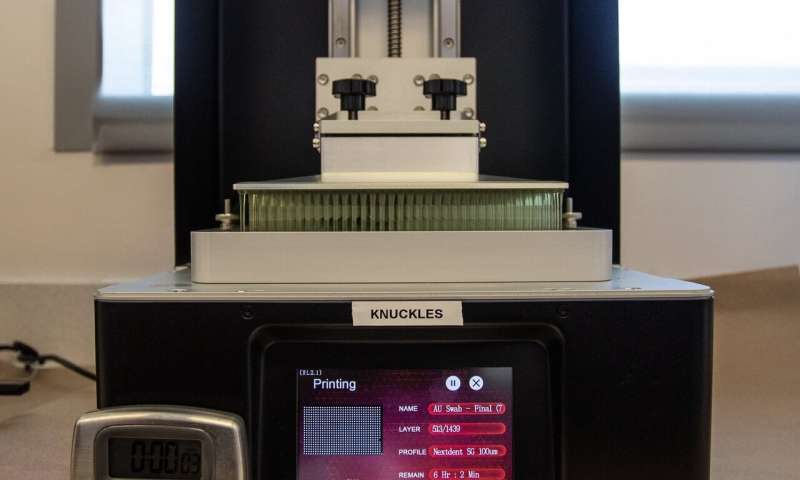 Although testing was initially limited to high-risk populations, such as the elderly and medical workers, Kemp is now encouraging anyone with flu-like symptoms to get tested for COVID-19, as well as grocery store, chicken plant and other essential workers who aren’t showing symptoms.

There have been signs of improvement. On April 20, the total number of people tested in Georgia was just over 84,300. By Sunday, it had more than doubled to 174,800, according to the state Department of Public Health. Compared with other states, Georgia now ranks in the bottom 20 for per capita testing. It had previously been in the bottom 10.

Kathleen Toomey, commissioner of the Georgia Department of Public Health, said Thursday that her agency’s goal is to have administered more than 200,000 total coronavirus tests by sometime this week. 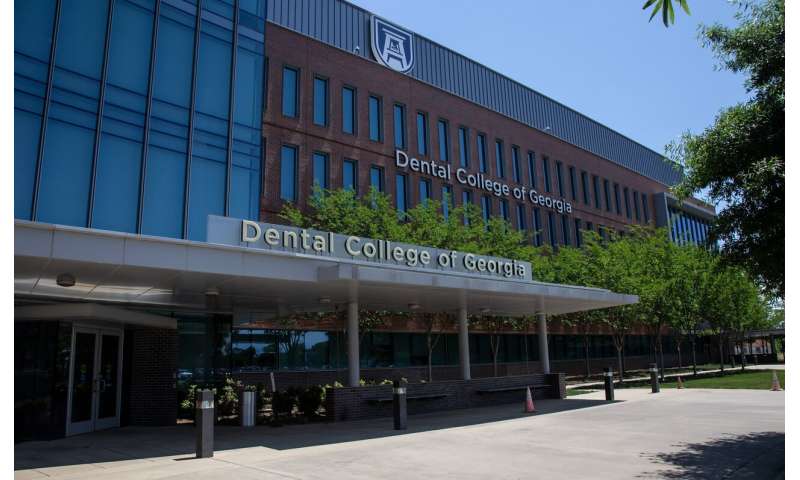 “If they can do 13,000 a day, every day, then from purely a numbers perspective that’s a great place to be,” Heiman said. “Am I seeing a trend where it seems we’re getting where we need to be? My candid answer is no.”

About 30 Guard troops sent to Augusta University have turned a classroom into a call center where citizen-soldiers in fatigues and boots are manning phones to schedule testing appointments for people showing symptoms. Those patients are being referred by clinicians at the university who screen them using a cellphone app. Georgia now operates 49 drive-thru testing sites statewide. 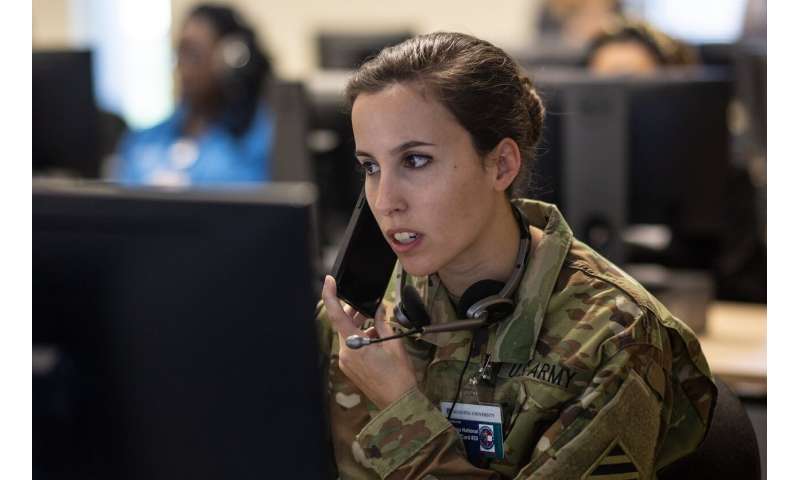 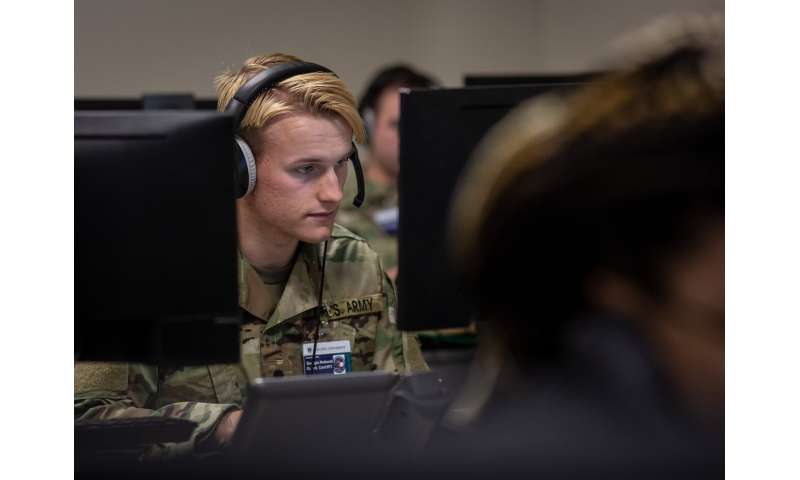 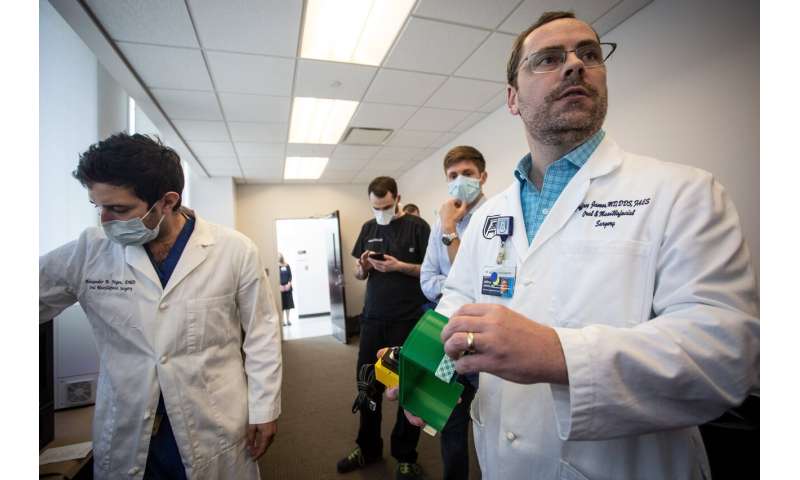 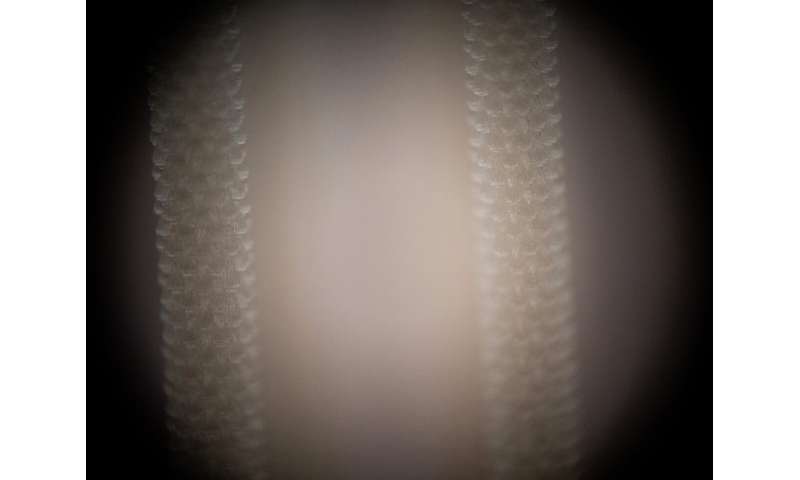 With nasals swabs used to collect samples for testing being 3D printed, cleaned and sterilized across campus, Dr. Phillip Coule said the greatest supply shortage now is the chemicals used to test the samples, called reagents. That’s something the university can’t produce, said Coule, the chief medical officer for the Augusta University Medical System. And it’s limiting how many tests his staff and the National Guard can arrange.