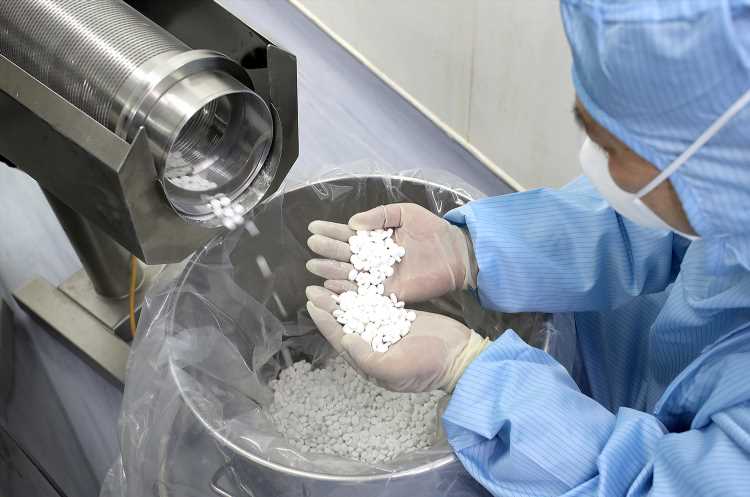 A drug previously used to treat malaria is now being tested as a possible treatment for the new coronavirus, the Food and Drug Administration confirmed Thursday.

The drug, called chloroquine or hydroxychloroquine, is one of several drugs that the federal agency is looking at as possible treatments for the respiratory illness that is now widespread across the U.S.

President Donald Trump said in a press conference that it will be available “almost immediately” as a treatment. “That’s where the FDA has been so great. They’ve gone through the approval process, that’s been approved,” he said.

However, FDA commissioner Stephen Hahn clarified a few moments later that they’ve just been approved to test chloroquine as a possible treatment, and they “want to do that in the setting of a clinical trial.” That would take three to six months, he said.

“We will collect that data and make the absolute right decisions based upon those data about the safety and efficacy of the treatments,” Hahn said, according to Forbes. “What’s also important is not to provide false hope. We may have the right drug, but it might not be in the appropriate dosage form right now, and it might do more harm than good.”

Chloroquine has been used to treat malaria since the 1940s, and previous research has shown that it was also effective in treating SARS, another type of coronavirus similar to COVID-19, ABC News reported. That led the FDA and other researchers to look into whether it could work against COVID-19.

With malaria, chloroquine can be taken as a preventive medicine or as a treatment after contracting the parasite. Researchers are also looking to see if that would be the case for COVID-19, which would enable people to use it as a vaccine. They believe that the drug may successfully interfere with receptors in the body and stop people from contracting COVID-19.

Chinese doctors have been using the drug to treat patients with success, according to several studies. One, published in a journal shared by the National Institutes of Health on March 12, said that “treating the patients diagnosed as novel coronavirus pneumonia with chloroquine might improve the success rate of treatment, shorten hospital stay and improve patient outcome.”

Another, also shared by NIH on March 16, said that the drug “is shown to have apparent efficacy and acceptable safety against COVID-19 associated pneumonia in multicenter clinical trials conducted in China.”

The drug is taken orally, in tablet form.

“The principle side effects reported were headaches, gastrointestinal side effects like nausea, diarrhea and hair loss, primarily,” said Horovitz.

Along with the FDA’s planned clinical trials for the drug, China currently has 23 ongoing, and England, Thailand, South Korea and France are also starting their own trials.

As information about the coronavirus pandemic rapidly changes, PEOPLE is committed to providing the most recent data in our coverage. Some of the information in this story may have changed after publication. For the latest on COVID-19, readers are encouraged to use online resources from CDC, WHO, and local public health departments and visit our coronavirus hub.