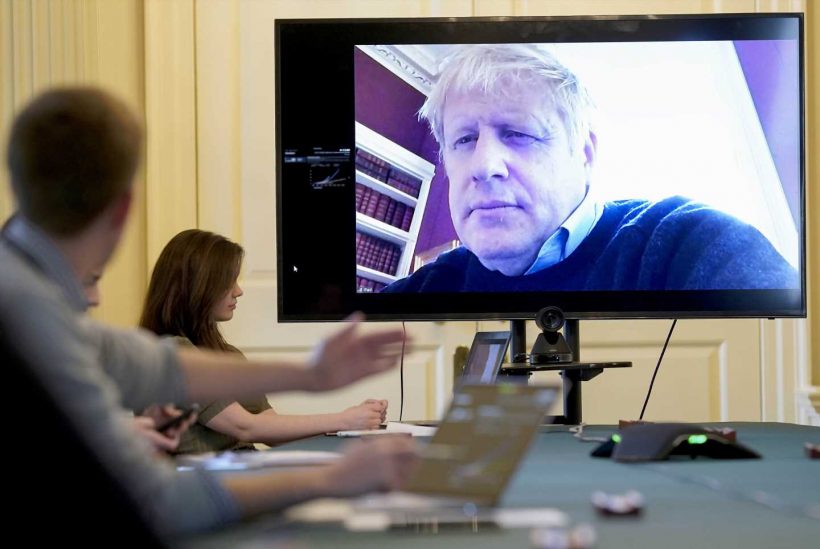 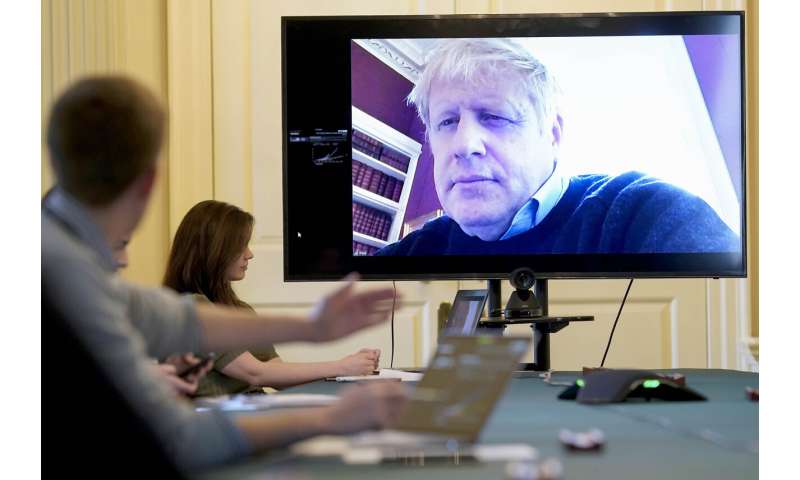 British Prime Minister Boris Johnson was moved to the intensive care unit of a London hospital after his coronavirus symptoms worsened Monday, just a day after he was admitted for what were said to be routing tests

Johnson was admitted to St. Thomas’ Hospital late Sunday, 10 days after he was diagnosed with COVID-19.

“Over the course of this afternoon, the condition of the Prime Minister has worsened and, on the advice of his medical team, he has been moved to the Intensive Care Unit at the hospital,” his office said in a statement.

Downing St, said Johnson was conscious and does not require ventilation at the moment, but was in the intensive care unit in case he needed it later.

It said Johnson has asked Foreign Secretary Dominic Raab to deputize for him.

Hours earlier, Johnson tweeted that he was in good spirits after spending a night in hospital.

The prime minister’s spokesman said Johnson had spent a comfortable night and remained in charge of government despite being admitted to St Thomas’ Hospital after COVID-19 symptoms of a cough and fever persisted.

Johnson sent out a tweet thanking the National Health Service for taking care of him and others in this difficult time.

“On the advice of my doctor, I went into hospital for some routine tests as I’m still experiencing coronavirus symptoms,” Johnson said in the tweet. “I’m in good spirits and keeping in touch with my team, as we work together to fight this virus and keep everyone safe.”. 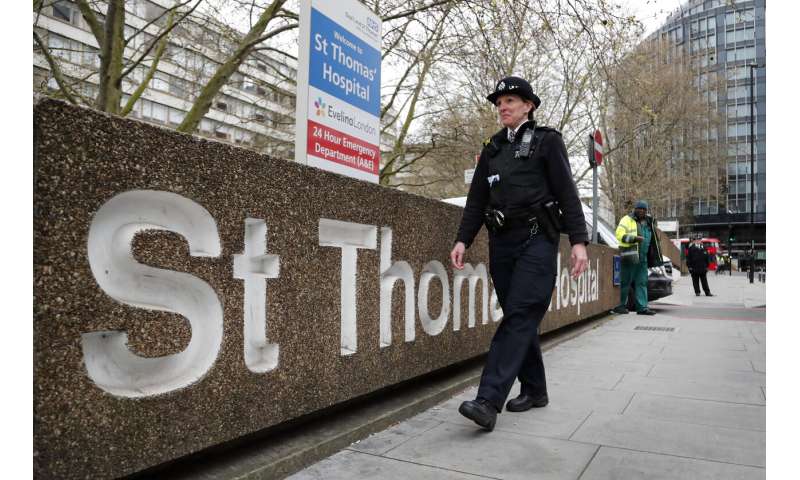 Johnson’s spokesman, James Slack, refused to say what kind of tests Johnson was undergoing. He insisted that “the PM remains in charge of the government.”

“He is receiving updates in hospital and is continuing to receive a (ministerial red) box” of files and briefing papers, Slack said,

The 55-year-old leader had been quarantined in his Downing Street residence since being diagnosed with COVID-19 on March 26—the first known head of government to fall ill with the virus.

He continued to preside at daily meetings on the outbreak until Sunday and has released several video messages during his 10 days in isolation.Raab chaired the meeting Monday.

Britain has no official post of deputy prime minister, but Raab has been designated to take over should Johnson become incapacitated.

Speaking at the government’s daily coronavirus press briefing, Raab said Johnson was being “regularly updated,” but admitted he had not spoken to him since Saturday.

“He’s in charge, but he’ll continue to take doctors’ advice on what to do next,” Raab said.

Johnson was admitted to the hospital as a message to the nation from Queen Elizabeth II was being broadcast Sunday evening. The 93-year-old monarch urged the public to show resolve and follow advice to stay inside.

Concerns had been growing about Johnson’s welfare ever since he posted a message Friday saying that he was feeling better, though was still feverish.

The virus causes mild to moderate symptoms in most people, but for some, especially older adults and the infirm, it can cause pneumonia and lead to death.

The government said Monday that 51,608 people had been confirmed to have the coronavirus in Britain, 5,373 of whom have died.

One of the advantages of being in the hospital is that it will allow doctors to directly monitor Johnson’s condition. 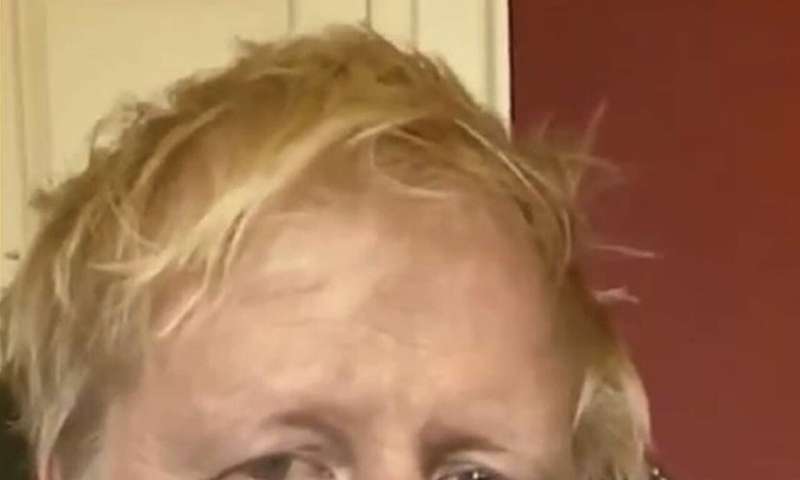 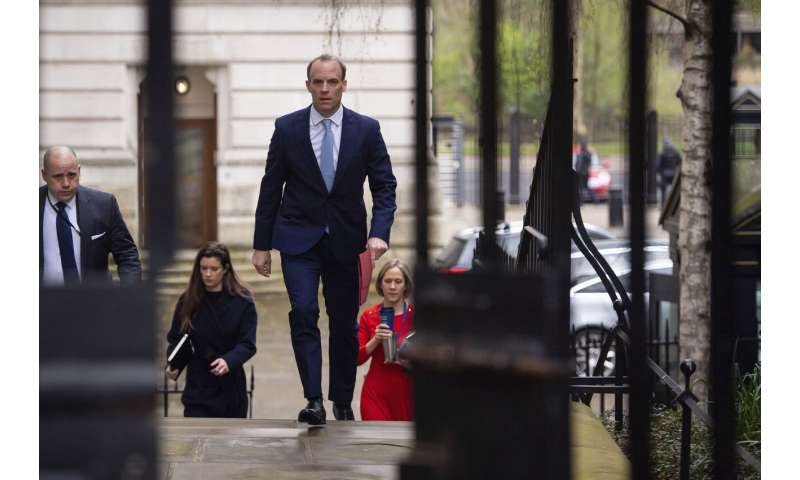 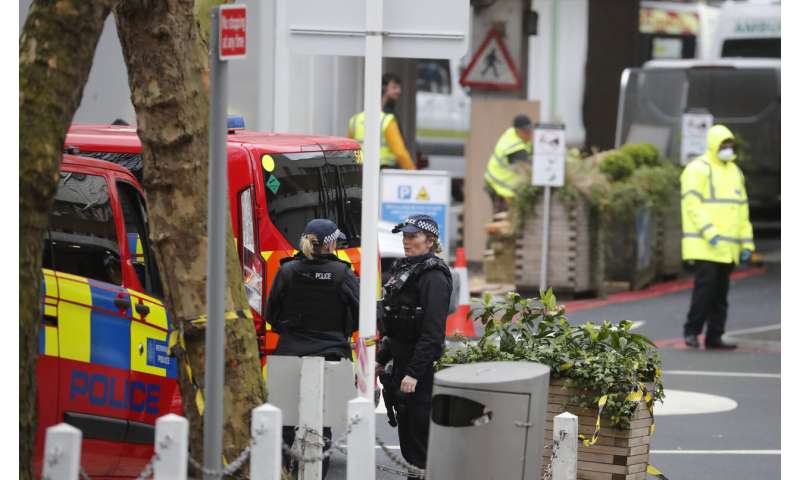 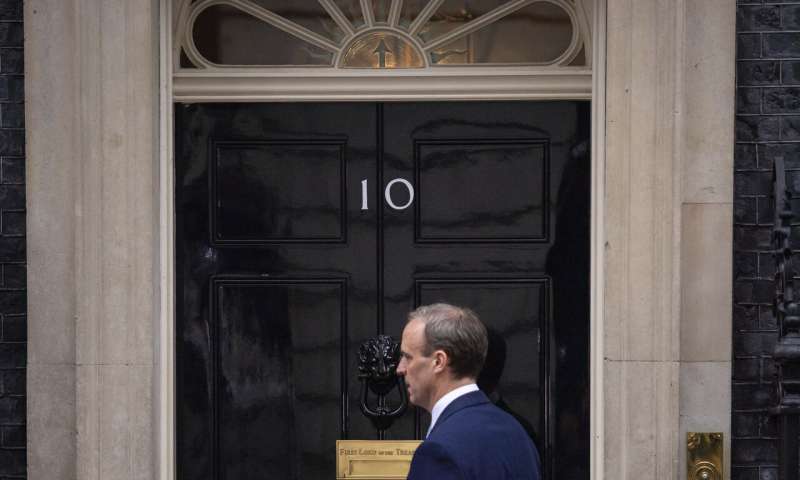 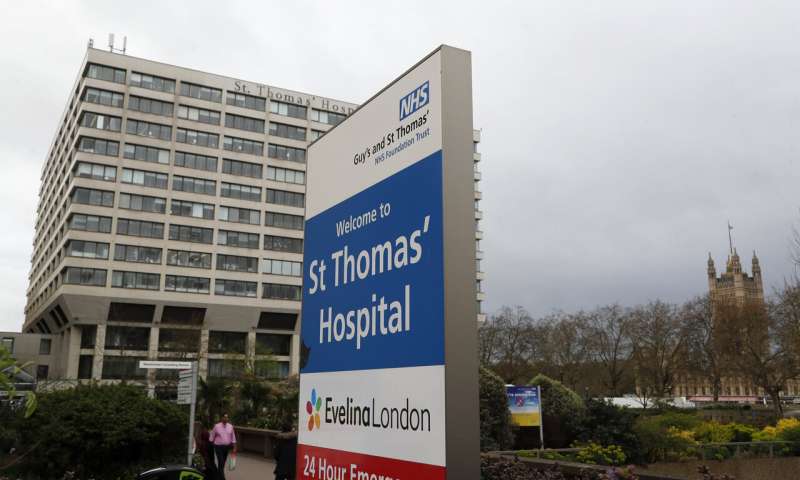 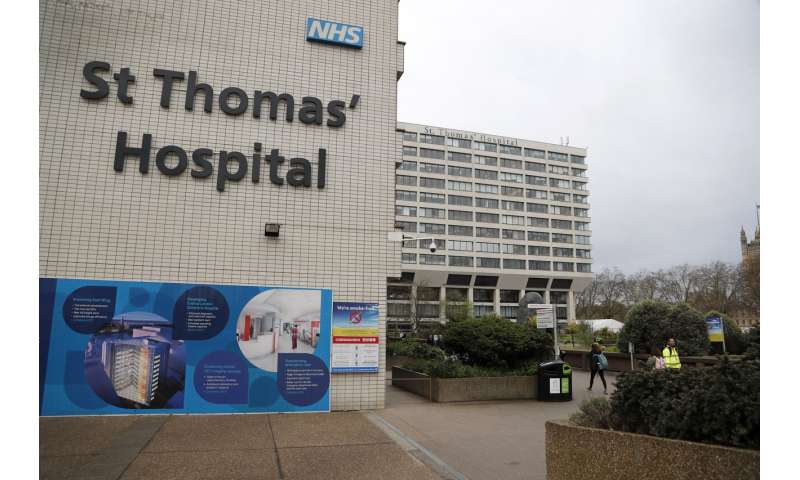 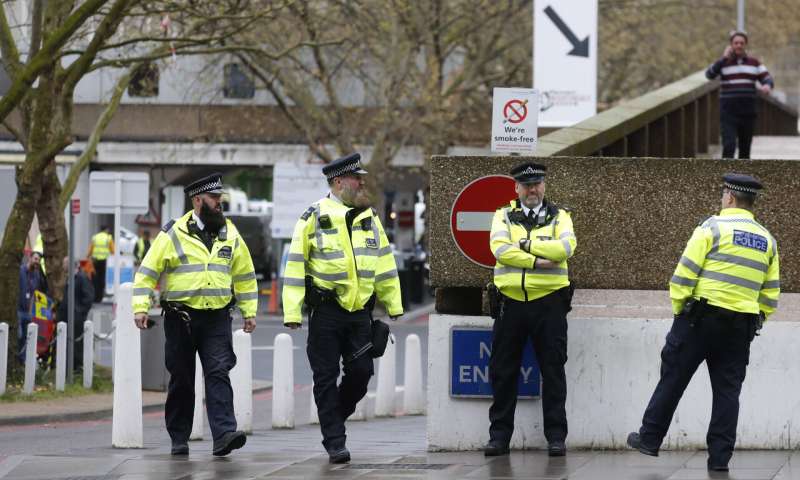 Derek Hill, a professor of medical imaging science at University College London said that since COVID-19 causes difficulty breathing, one test performed on people with the disease is lung imaging with ultrasound or CT scans to see how badly they might be affected.

“Some people are rapidly discharged,” he said. “Some others can quickly deteriorate and need help breathing. We have no reason to believe the PM needs such help.”

Hill said there are various types of breathing help, depending on the person and the difficulties.