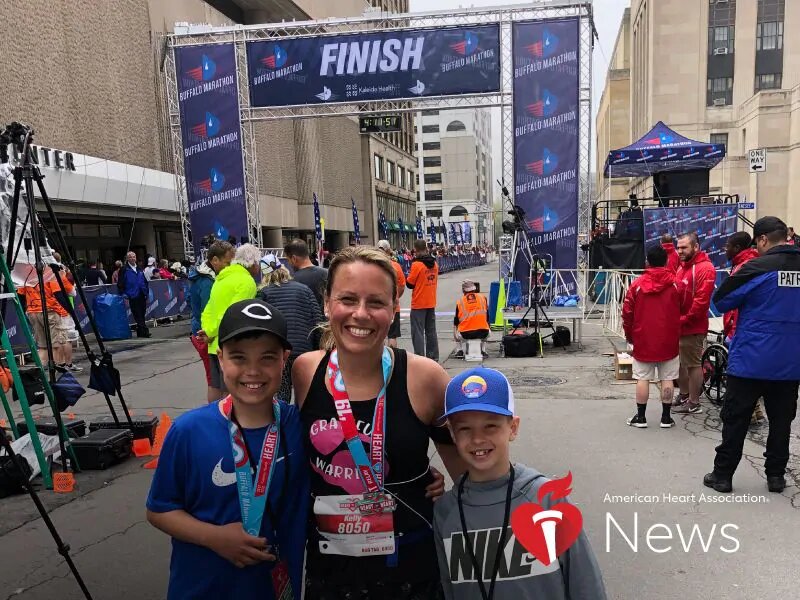 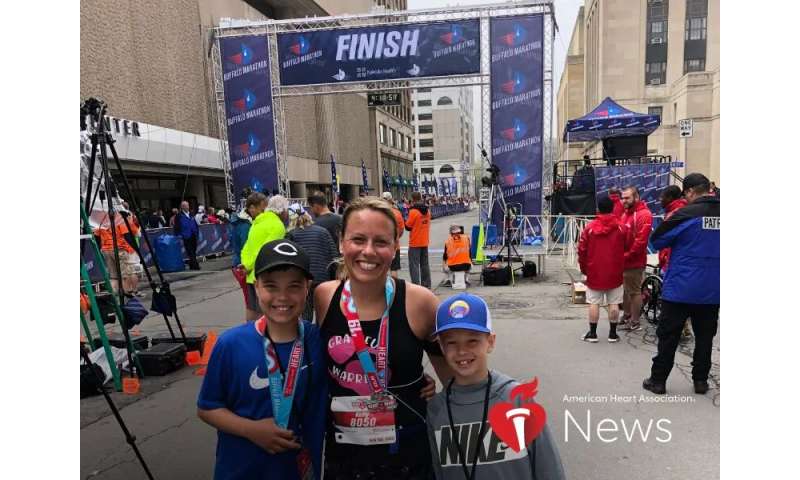 Kelly Naab was waiting in a drive-thru lane with her two young boys in the back seat when her body suddenly felt strange. Her face began drooping. She couldn’t move her right arm or speak.

She tried, unsuccessfully, to call for help. Naab—then a 35-year-old pediatric nurse practitioner—recognized she was experiencing common symptoms of a stroke.

As quickly as the symptoms came on, they went away. Naab drove away, took a deep breath and went for tests that showed she had experienced a TIA, short for transient ischemic attack, also called a mini-stroke.

A few days later, she learned the likely cause: a hole in her heart that was supposed to close shortly after birth but didn’t. About 25% of people have this congenital heart defect, called patent foramen ovale or PFO, and often don’t realize it until it causes a problem, such as a stroke.

After her mini-stroke in December 2013, doctors opted not to surgically repair Naab’s PFO. Instead, they prescribed medication to reduce the risk of blood clots that could cause a future stroke.

Naab, shaken by the experience, gradually returned to her routine.

“You always live your life with a little fear because in the back of your mind, you know it could happen again,” she said. “But the farther I got from it, the more confident I felt I was going to be OK.”

A lifelong athlete living near Buffalo, New York, Naab returned to running. She completed half-marathons in 2016, 2017 and 2018, her times improving each year. She felt like she was in the best shape of her life after turning 40.

But while training at the gym in July 2018, Naab had a concussion on the left side of her brain, the same side as the mini-stroke. When her symptoms—headaches, fatigue, vertigo and nausea—seemed to worsen six weeks after the injury, Naab underwent additional testing. It revealed she had experienced an acute ischemic stroke within the five days preceding the scan.

“I can’t pinpoint a time when it would have happened,” she said.

A few weeks later, she had surgery to close the PFO.

“Whenever Kelly has a headache, you always think, ‘Could it be another TIA?'” he said.

After recovering from surgery, Naab didn’t feel ready to run her usual half-marathon. Instead, this past May, she formed a team of family and friends to compete in the Kaleida Health Heart to Heart Relay, supporting cardiac health research and programs at the hospital where she was treated, Buffalo General Medical Center/Gates Vascular Institute. In September, she formed a team for CycleNation, a fundraiser for the American Stroke Association.