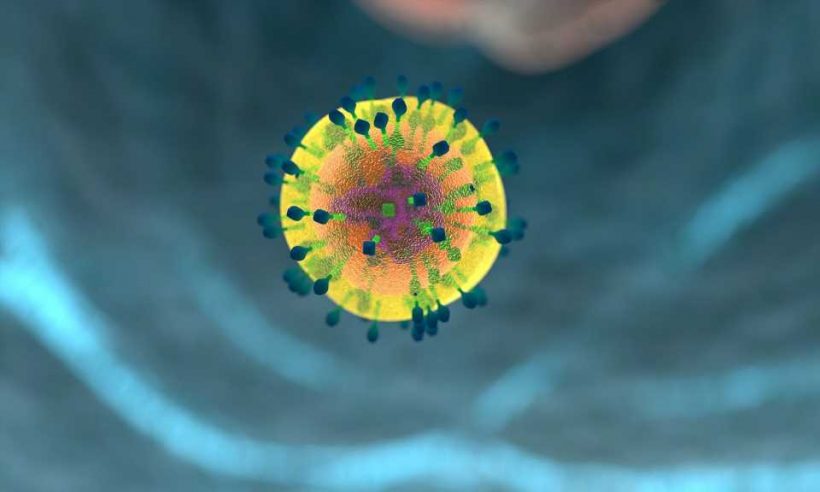 Non-Hodgkin’s lymphoma (NHL) is a group of cancers that originate in the lymph nodes and affect white blood cells of the immune system called B cells. In NHL, B cells grow out of control and create tumors in the lymph nodes, spleen or other tissues. According to the American Cancer Society, about 80,000 people will be diagnosed with NHL in 2020, and 20,000 will die of it.

Today, immunotherapy is one of the most promising treatment for cancer patients. Unlike radio- or chemo- therapies, immunotherapy aims to “switch on” the patient’s own immune system to attack and eliminate the tumor. However, tumors, including NHL, often mutate to make themselves invisible to the immune system or even exploit interactions with immune cells to grow.

A team of researchers led by Elisa Oricchio at EPFL have now identified one of the mechanisms used by NHL to hijack the immune system. The scientists found that certain patients with NHL have a mutated and over-activated form of a protein called cathepsin S. This protein is responsible for cutting other proteins into small fragments that are then exposed on the surface of tumor cells. These fragments mediate communications between cancer and immune cells.

“When cathepsin S is active, cancer cells interact with immune cells called CD4+ T-cells, which help the tumor to grow, while they maintain social distance with CD8+ T-cells, which would attack and kill the tumor,” explains Elie Dheilly, one of the lead authors of the study.

The identification of this duplicitous relationship between cancer cells and T-cells prompted the researchers to genetically eliminate cathepsin S to understand how tumor growth would be affected.

Inhibiting cathepsin S reduced tumor growth by inverting the communication with T-cells: CD8+ T-cells were now attacking the tumor, while CD4+ T-cells were kept at bay. This happens by inducing something called “antigen diversification,” which generates a different population of fragments helping T-cells to identify and kill tumor cells.

“We think that cathepsin S could represent an important therapeutic target,” says Elisa Oricchio. “Inducing antigen diversification is an attractive therapeutic strategy to increase tumor immunogenicity and enhance response to immunotherapies in lymphoma but possibly also in other tumor types.”