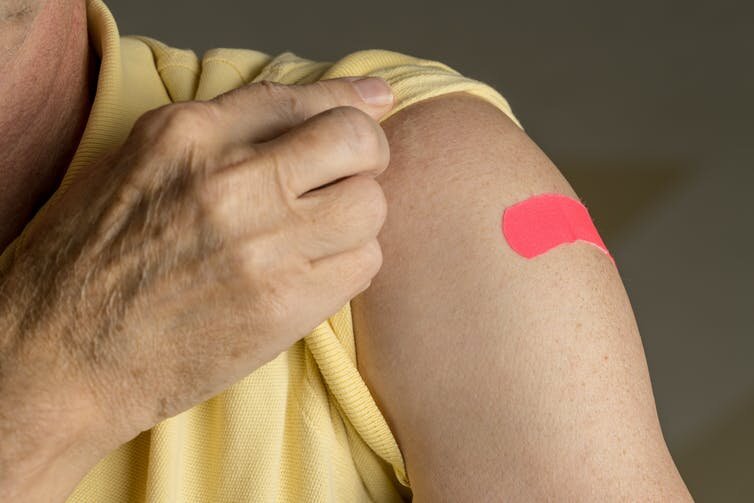 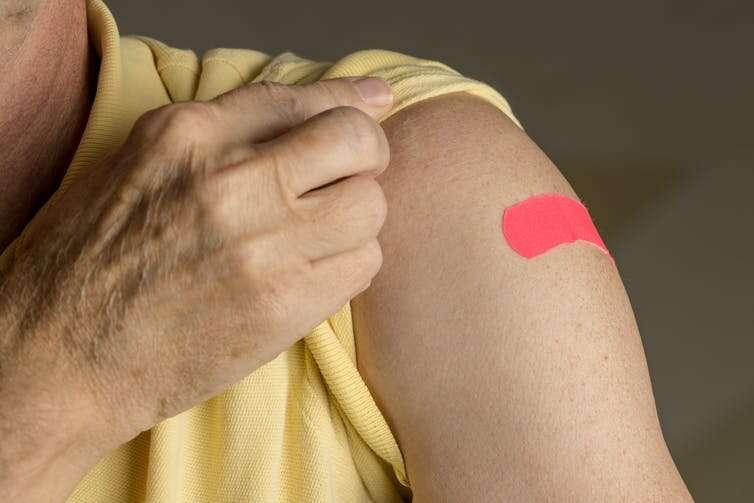 The Pfizer and Moderna mRNA vaccines are some of our best weapons in the fight against COVID-19. They’re highly effective and many millions of people around the world have received their doses.

These vaccines are the first to be made synthetically, that is, they are made outside of a living cell.

Some posts on social media grasp onto the fact they are not “natural” and have created anxiety in vaccine-hesitant people by playing on this point.

So what does it mean for the mRNA vaccines to be synthetic, and why is that OK?

How did we develop our first synthetic vaccines?

Humans have been inoculating with germs to train our bodies to fight infectious diseases for a long time.

Even before the famous experiments of Edward Jenner (credited with developing smallpox vaccine) in the mid 18th century, Chinese and some European societies were using material from cow pustules to protect against smallpox.

Many viruses for vaccines are grown in chicken eggs, making this a problem for those allergic to eggs. Some of the newest vaccines, like the AstraZeneca COVID-19 vaccine, are grown in cells in large fermentation tanks. Recombinant protein vaccines, such as the hepatitis B vaccine, are made inside bacteria, then purified for use.

So we now have a whole range of different types of vaccines, each made differently, providing protection against different conditions. The thing all these vaccines have in common is that they are grown inside a living cell, so might be considered “natural.”

The mRNA vaccines are the first synthetic vaccines.

mRNA is a temporary genetic instruction that tells our cells to make a particular protein. It consists of a central portion with the genetic code for the protein and shorter portions either side that are important for the “readability” of the code.

mRNA vaccines are made in reaction vessels (large containers), and involve first making mRNA, then wrapping that in oily coats.

To make the mRNA, we use methods figured out in the 1970s, in a process known as “transcription,” where a DNA template is copied, creating an mRNA version of the genetic sequence.

Why is synthetic OK?

The definition of synthetic is where a substance or compound is made by chemical synthesis, especially to imitate a natural product.

This understanding was developed in the 19th century, when the concept of “vitalism” was being challenged. Vitalism espouses that organic materials cannot be created from inorganic matter. But we know now this is not the case.

A classic experiment was reported by Friedrich Wöhler, who synthesized urea (a molecule also produced by our bodies and found in urine) by heating a chemical called ammonium cyanurate. The synthetic urea was identical to natural urea, even though his synthetic method was nothing like the biological production of urea.

We don’t even think about it, but many of us eat and drink a huge number of synthetic molecules each day.

Vitamin C in pills, for example, is usually synthetic, but it still works because it is identical to the vitamin C we get from fresh fruits and vegetables. In fact, many of the dietary supplements that we take are synthetic. 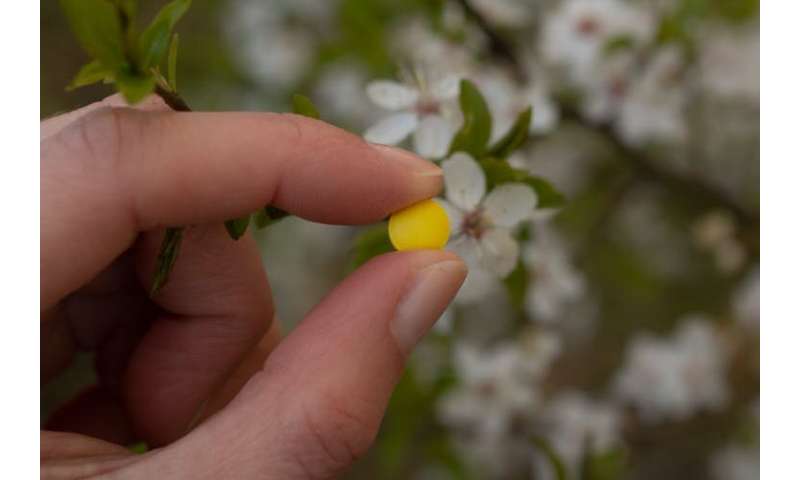 Some common medicines, like aspirin, are synthetic variants of naturally occurring biomolecules.

Other fully synthetic molecules, like aspartame (artificial sweetener), are consumed in large quantities, up to hundreds of milligrams per soft-drink can. These quantities are thousands of times greater than the doses of the mRNA vaccines (between 30 and 100 micro-grams).

mRNA is a chain of linked building blocks, or nucleosides. Most of the mRNA vaccine building blocks—the As, Gs and Cs that make up the mRNA genetic code—are the same as the ones in our cells, and are originally extracted from yeast.

The fourth building block, U, is replaced with a component called N1-methylpseudouridine to make the mRNA more stable and stop our cells breaking it up immediately.

Although this component is not normally found in our mRNA, this modified building block is found in some archaea, microbes that can be found in extreme environments on earth, but also in our guts and in our belly buttons.

How are mRNA vaccines broken down in our cells?

The vaccine mRNA gets degraded relatively quickly, just like our own mRNAs get degraded.

The individual mRNA building blocks are salvaged by our efficient cell recycling system, and can be used to make new mRNAs, while other parts are excreted in urine.

So after a few days there is unlikely to be any mRNA vaccine left in our bodies. But hopefully it will have done the job needed to teach our immune system to recognize SARS-CoV-2 and prevent the worst symptoms of COVID-19.

Actually, the ability to make mRNA vaccines outside of cells is one of the strengths of the technology. By eliminating the need for growing cells, or viruses, in some ways it simplifies vaccine production.

On the other hand, synthesis involves its own complex technical steps, but in the coming years we will likely see innovation in simplifying this too. In fact, the World Health Organization is calling for all countries in the developing world to learn to make mRNA vaccines.