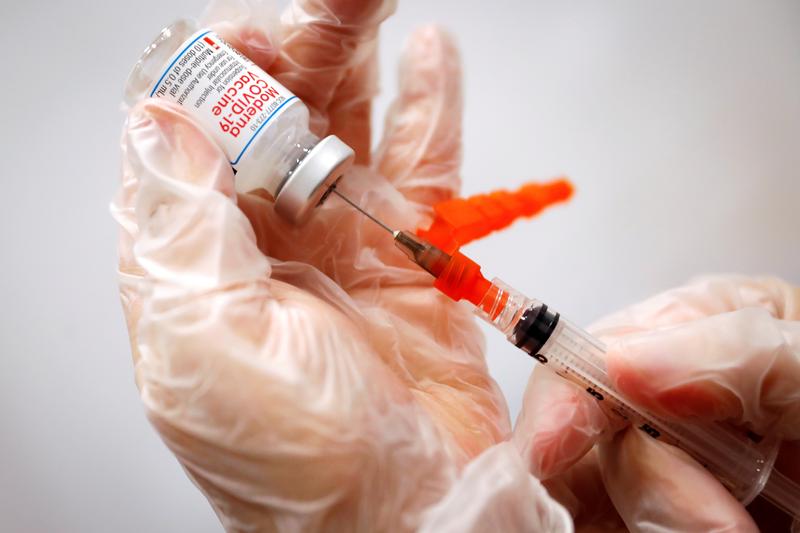 U.S. officials will offer a third shot to Americans who received their initial inoculation of two-dose COVID-19 vaccines made by Moderna Inc and by Pfizer Inc and BioNTech AG at least eight months earlier, the Department of Health and Human Services said in a statement here.

“It’s the best way to protect ourselves from new variants that may arise,” U.S. President Joe Biden told reporters at the White House. “It will make you safer and for longer. It will help end this pandemic faster.”

The U.S. government expects to give out 100 million booster shots for free at around 80,000 locations nationwide, Biden said.

Initial booster doses will be given to Americans who received two-dose vaccines, but officials said they anticipate that people given Johnson & Johnson’s shot, authorized in the United States in February, will also need boosters.

“You want to get out ahead of the virus,” Anthony Fauci, President Joe Biden’s chief medical adviser, told reporters. “If you wait for something bad to happen before you respond to it, you find you’re considerably behind your real full capability of being responsive.”

The booster shots, officials said, initially will focus on healthcare workers, nursing home residents and older people – among the first groups to be vaccinated in late 2020 and early 2021.

The news drew support from both U.S. House Speaker Nancy Pelosi and Senate Republican Leader Mitch McConnell, who said he “absolutely” planned to get a third shot.

There is mounting evidence that protection from COVID-19 vaccines wanes after six or more months, especially in older people with underlying health conditions. The officials cited this in their decision on boosters, but stressed that the U.S.-authorized shots have proven “remarkably effective” in reducing the risk of severe disease, hospitalizations and deaths.

More than a million Americans sought an extra vaccine dose before the official decision on boosters was announced, according to federal data. U.S. officials previously authorized a third dose of the Pfizer/BioNTech and Moderna vaccines for people with weak immune systems.

The U.S. announcement defies guidance from the World Health Organization, whose chief scientist said current data does not indicate the need for booster shots.

In recent weeks, several other countries have decided to offer booster shots to older adults and people with weak immune systems, including Israel, Germany and France. European Union officials said on Wednesday they do not yet see a need to give booster shots to the general population.

U.S. officials do not expect a serious uptick in hospitalizations and deaths among vaccinated people until at least eight months after their initial inoculation, U.S. Surgeon General Vivek Murthy said.

A new study conducted in New York and cited by U.S. Centers for Disease Control and Prevention chief Rochelle Walensky found that COVID-19 vaccine effectiveness dropped from around 92% in May to around 80% more recently.

Vaccines are generally less effective against the Delta variant now dominant in the United States, Walensky added, citing a study of U.S. nursing homes showing a 53% rate of vaccine effectiveness against Delta.

The United States leads the world in reported COVID-19 cases and deaths, with around 500 Americans dying daily. Daily U.S. cases soared from fewer than 10,000 in early July to more than 150,000 in August as the Delta variant took hold.

The new cases include vaccinated people, though they are far less likely to experience severe disease or death than the unvaccinated.

A new study by an Israeli healthcare provider here found a third dose of the Pfizer/BioNTech shot is 86% effective in people over age 60. It followed another Israeli study that showed evidence of waning immunity from COVID-19 vaccines in the months after inoculation.

World Health Organization officials contend that vaccine doses should first go to people in poorer countries who have yet to receive an initial inoculation.

“We are planning to hand out extra life jackets to people who already have life jackets, while we are leaving other people to drown without a single life jacket. That’s the reality,” Mike Ryan, WHO’s chief emergency expert, told a news conference, referring to booster shots.

Biden said the administration has been planning for boosters for months and the recommendation will not diminish its vaccine donations abroad, amounting to about 200 million shots over the coming months.

The U.S. booster plan is dependent on the Food and Drug Administration determining that a third dose of the two-dose vaccines is safe and effective, and a favorable recommendation from CDC advisers.