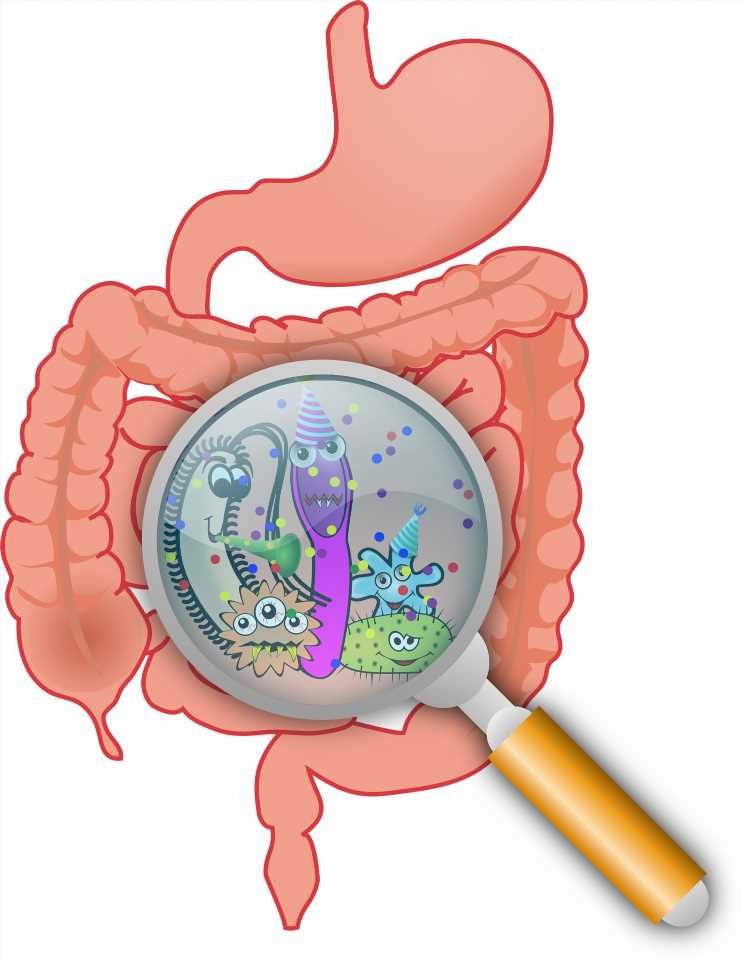 A new study shows that people with a rare genetic disease that causes bleeding in the brain have gut microbiomes distinct from those without the disease. Moreover, it is the molecules produced by this bacterial imbalance that cause lesions to form in the brains of these patients.

The study was led by investigators at University of Chicago Medicine and published May 27 in Nature Communications. It examined the gut bacteria of patients with cavernous angioma (CA), a disease where blood vessel abnormalities develop in the brain and cause strokes, seizures and serious neurologic complications. The disease is caused by a genetic mutation in the lesion —which may be inherited or occurs sporadically—and its severity and course vary widely among patients.

UChicago is a leader in studying this disease. It has been designated as a cavernous angioma center of excellence and treats patients with the condition from all over the world.

Investigators had hints that the disease could be affected by the gut microbiome: Senior author Issam Awad, MD, the John Harper Seeley Professor of Neurosurgery and Director of Neurovascular Surgery at UChicago Medicine, was a partner in a previous study in mice, which showed that the cells that lined the blood vessels of the brain reacted to the animals’ gut bacteria.

“The implications of that were very big,” he said. “But we didn’t know if this concept of a unique microbiome that favors the development of lesions would be true in human beings.”

To find out, UChicago researchers—working with investigators at the University of California San Francisco, University of New Mexico, University of Pennsylvania, and the Angioma Alliance patient support group—collected stool samples from more than 120 CA patients.

The samples were then analyzed for their bacterial content and compared with samples from the general population. The CA samples showed significantly higher amounts of gram-negative bacteria and less gram-positive bacteria. The researchers identified a combination of three common bacterial species, whose relative abundance can distinguish CA patients from control patients without CA lesions, with high sensitivity and specificity.

The CA samples also showed an imbalanced network of bacteria that was much more disordered than the general population’s bacterial network. “The CA patients from all the different collection sites had the same distinctive microbiome, regardless of whether they had inherited the mutation or had a sporadic lesion, and regardless of the number of lesions they had,” Awad said. The investigators further showed that the bacterial imbalance in patients with CA produces lipopolysaccharide (LPS) molecules, which travel through the bloodstream to the brain and attach to the brain’s blood vessel lining, facilitating lesion development. “All this evidence pointed to the microbiome as a cause of lesions rather than an effect,” Awad said.

The investigators also collected blood from several CA patients and used advanced computational machine learning to identify the combination of molecular signals associated with the disease. Those with CA had significantly different LPS-related related blood biomarkers and inflammatory molecules. The result was essentially a smart, personalized test for each CA patient. “By looking at both bacteria combinations and the blood biomarkers, we were able to measure just how aggressive the disease was in each patient,” said Sean Polster, MD, a neurosurgery resident at UChicago Medicine and first author on the paper. Polster spent two years of his neurosurgery residency coordinating the study among the different institutions.

The researchers are beginning to think about how these results affect treatment. Earlier studies in mice showed that those fed emulsifiers—which are often used as preservatives in processed foods—had more bleeding in the brain, likely due to the way they disrupted the gut’s bacterial network. The researchers now tell patients to avoid these preservatives.

Though antibiotics and probiotics might seem like natural courses of treatment, they could change the bacterial balance in ways that lead to bigger problems. “This is more complicated than it appears,” said Awad. However, he tells CA patients who have infections caused by gram-negative bacteria (such as urinary tract infections or prostatitis) to have them treated right away to avoid more potential brain lesions.